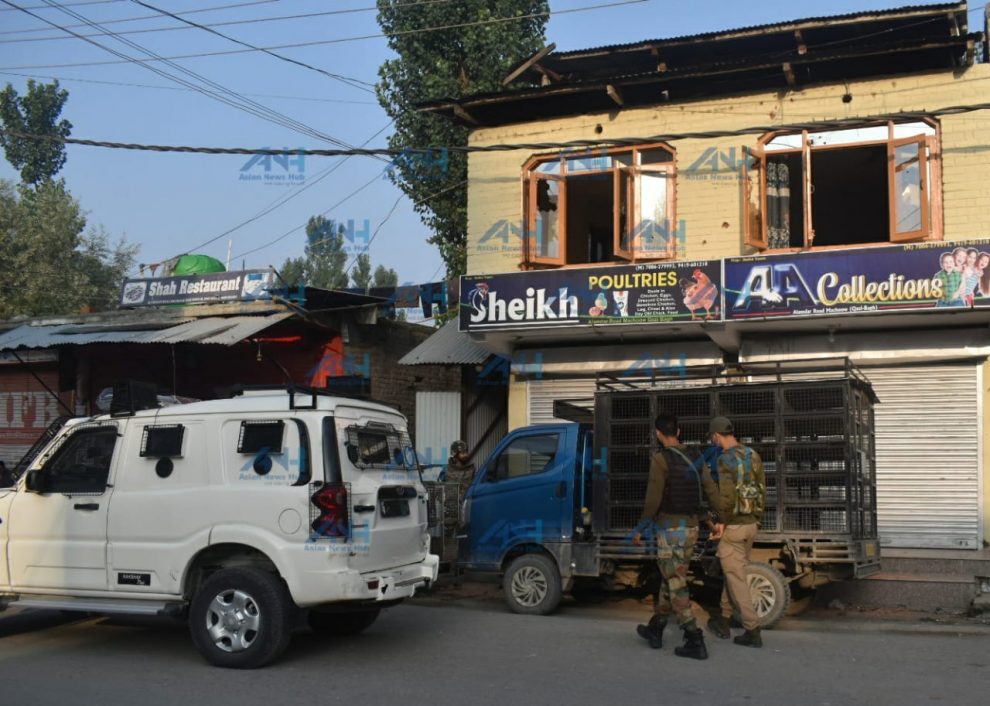 Baramulla: The Jammu and Kashmir Police Saturday said that a militant was killed in an encounter at Mouchwa area of Chadoora in Central Kashmir’s Budgam district while second one who managed to escape from the gunfight site was caught alive at Khrew area of southern district of Pulwama.

A police official told that acting on specific information generated by Budgam Police about presence of militants in Mochwa, Chadoora area of Budgam, a joint cordon and search operation was launched by Police, 50RR and 181BN CRPF in the area.

“During the search operation as the presence of militants got ascertained, they were given opportunity to surrender, however, instead of surrendering they fired indiscriminately upon the joint search party which was retaliated leading to an encounter. In the ensuing encounter, one militant Al-Badr outfit was killed and his body was retrieved from the site of encounter. “He has been identified as Shakir Bashir Dar son of Bashir Ahmad Dar resident of Goripora, Awantipora,” the police official said.

A police spokesman in a statement said that the slain was part of groups involved in various cases and several cases were registered against him. “It is pertinent to mention that Shakir Bashir was earlier associated with LeT and he later joined Al-Badr outfit recently,” he said, adding that arms and ammunition including 01 AK-rifle with 02 Magazines, 32 rounds, 1 Chinese pistol with 02 Magazines, 16 rounds, 01 Bagpack and 01 Pouch were recovered from the site of encounter.

The police spokesman said that while the operation was in progress, it was learnt that when forces were laying the cordon another militant had managed to escape from the encounter site and the information was shared with Awantipora Police.

“Awantipora Police while developing the lead further launched a cordon and search operation in Mantaqi Colony Khrew area along with 50RR and 185BN CRPF. During search, the escaped militant was tracked down and arrested while hiding in a truck bearing registration number JK13-2397,” the spokesman said, adding that “he has been identified as Shabir Ahmad Najar resident of Wuyan Khrew linked with LeT. The driver of the truck identified as Muhammad Shafi Dar of Gratwani Mohalla Khrew has also been arrested. Besides, the truck has also been seized.”

The police said that from the arrested militant, arms and ammunition including 01 Chinese Pistol, 01 Pistol Magazine, 07 Pistol rounds, 02 AK-Magazines, 50 AK-rounds, 01 Chinese grenade, 5Kgs IED (destroyed on spot) were also recovered from the site. IGP Kashmir appeals to parents of newly recruited militants to bring their children back to mainstream—(KNO)