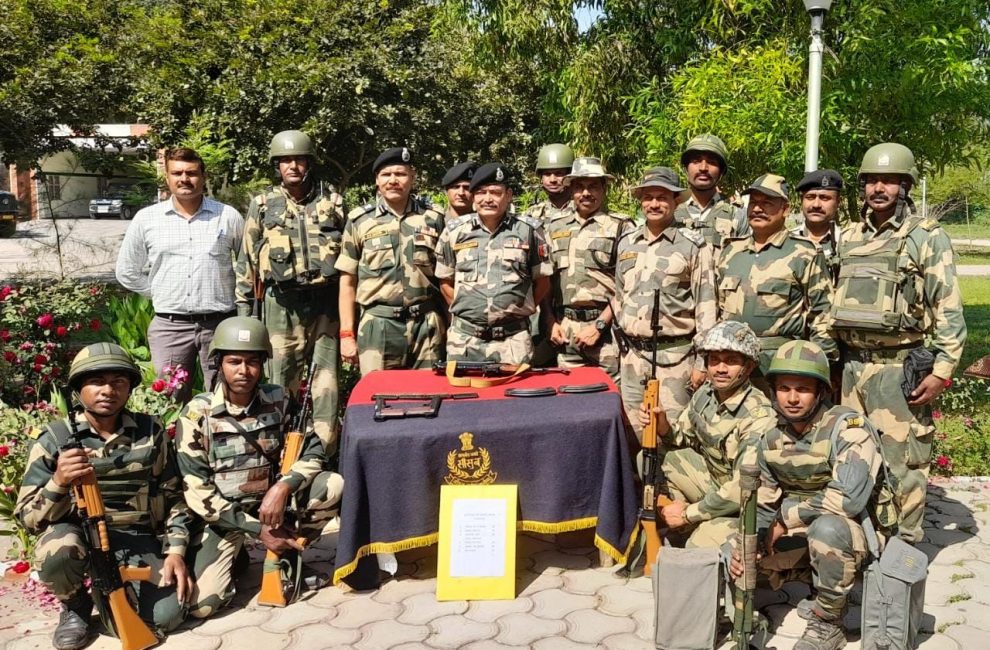 JAMMU: Border Security Forces recovered a huge cache of arms and ammunition in sub-sector Pargwal of Akhnoor area along the International Border on Thursday.