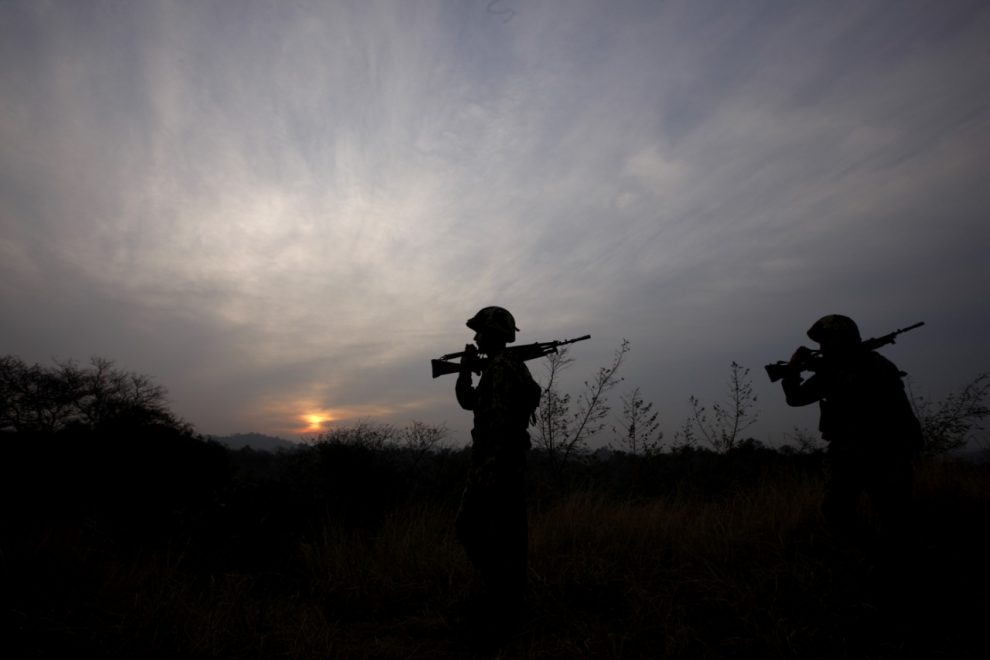 The Dispatch Staff
Add Comment
Days after the Border Security Force (BSF) detected a cross-border tunnel in Jammu’s Samba sector on May 4, the security force has ramped up patrolling on the border to keep an eye on the fencing and nearby areas

JAMMU: Days after the Border Security Force (BSF) detected a cross-border tunnel in Jammu’s Samba sector on May 4, the security force has ramped up patrolling on the border to keep an eye on the fencing and nearby areas.
According to sources, the BSF has been tasked to initiate anti-tunnel drive every alternate day and to closely monitor the ground along the fencing, especially during the night patrol.
Any “abnormality” at the fencing site must be reported, the sources further said.
On May 4 evening, the BSF patrolling team found the opening of a cross-border tunnel in the area of Chak Faquira opposite the Samba sector.
The search operation was stopped due to bad light and when they started to investigate the spot on Thursday, the BSF personnel found 150-metre-long freshly dug tunnel originating from Pakistan in which the oxygen was supplied through the 265-foot-long pipes found in the tunnel.
This was the first such structure unearthed by the BSF beneath the International Border (IB) in the past 16 months, taking the overall number to 11 in the past decade. Last year the force had detected two tunnels in Hiranagar sector of Kathua district.
The officials in the security grid said that patrolling has been intensified to prevent infiltration as there has been a possible “threat” on the Amarnath Yatra this year.
The annual Amarnath pilgrimage will be commencing from June 30 and the terror outfits like Hijbul Mujahidin, Al Badr and The Resistance Front (TRF) have planned to destabilise the pilgrimage.
The security forces have been asked to intensify patrolling along the IB and line of control in Jammu and Kashmir to prevent the infiltration.
The sources said that tunnel might have used by the two terrorists who attacked on the CISF bus in Jammu on April 22 in which one Assistant Sub-Inspector was killed and several security personnel were injured.
Later the two terrorists were also neutralised by the security forces.