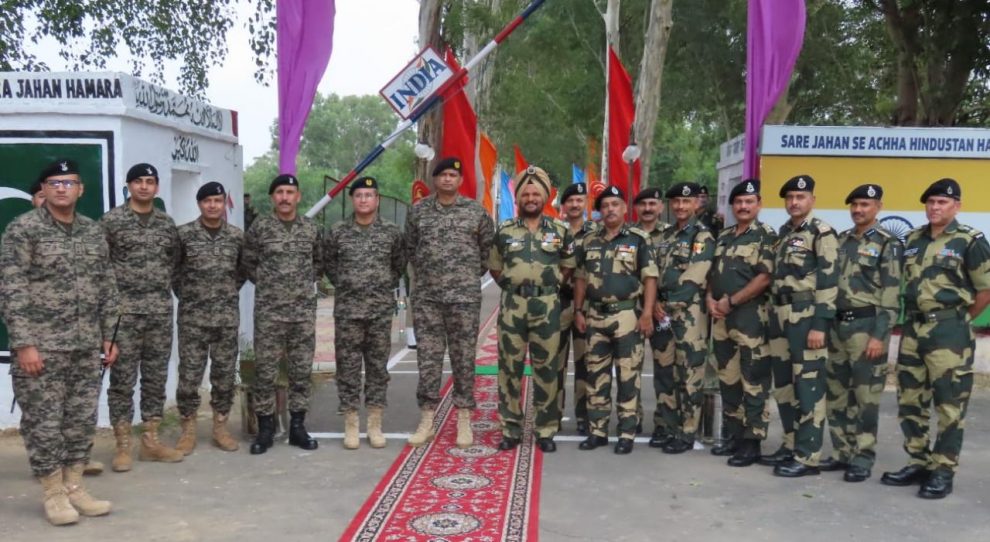 JAMMU: Border guards of India and Pakistan on Saturday resolved to remain committed to each other to maintain peace and harmony at International Border in Jammu.

Border Security Forces (BSF) said that Sector Command level meeting, first after New Delhi and Islamabad decided on steadfast holding of ceasefire, was held on request of Pakistan Rangers on International Border in Suchetgarh area of the Jammu.

“It was the first Sector Commander level meeting between two border guarding Forces, after declaration of cease fire agreement by DGMOs.”

The spokesman said both the forces “decided to re-energize instant communication between field Commanders, whenever required, to resolve the ops matters.”
“ Meeting was held in a cordial, positive and constructive atmosphere and both side agreed for expeditious implementation of the decisions taken in the earlier DG level talks and committed to each other to maintain peace and harmony at International Border,” he added.(GNS)

We are committed to protect our forest resources and the interest of communities dependent on forests for livelihood: LG Manoj Sinha
Prez to start J&K, Ladakh visit from tomorrow
Comment