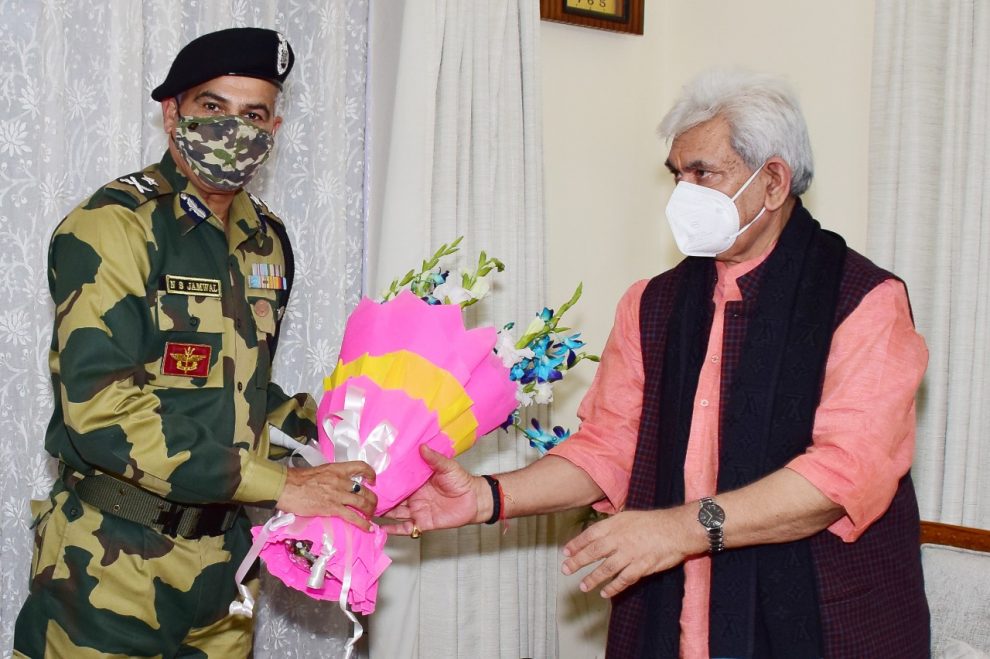 The officer also apprised the Lt Governor about the threats prevailing on the border with Pakistan, the counter measures being taken by the Border Security Force (BSF) to meet the challenges and the border protection grid, they said.

Several issues related to border areas, including development of Suchetgarh and Chamliyal as tourist destinations jointly by the BSF and the Jammu and Kashmir tourism department, were also discussed, the officials said.

Jamwal also strongly batted for road connectivity to BSF posts and areas along the International Border (IB) for the benefit of people, they said.

The Jammu and Kashmir government’s assistance was also sought to clear wild growth in areas along the fences of the border to encourage farming, the officials said.

He also invited Sinha to visit border areas to interact with locals and BSF troops, the official said.