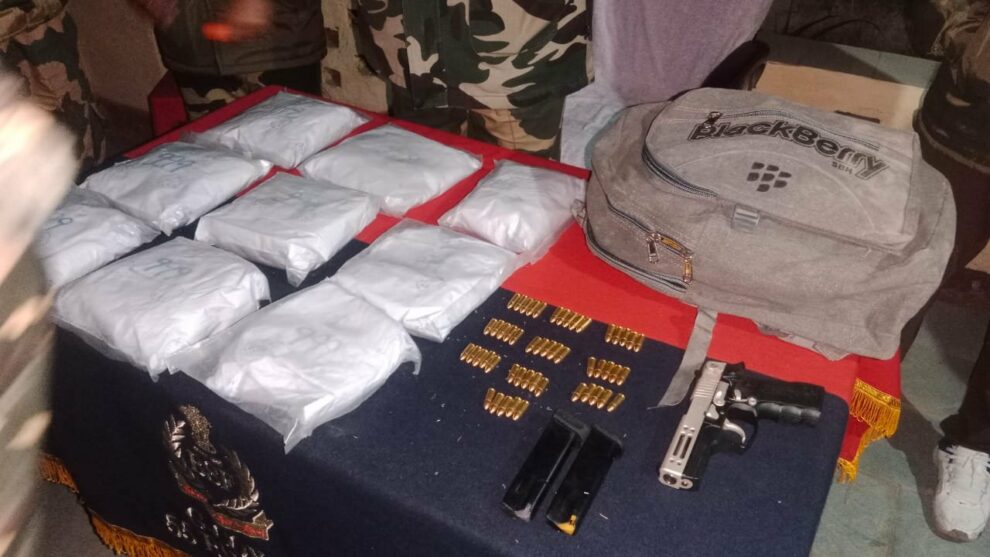 CHANDIGARH: The Border Security Force foiled another cross-border drug-smuggling attempt, sixth in this week, on Saturday as it recovered more than 7 kg of heroin, which was air dropped by a Pakistani drone in Punjab’s Fazilka district.

The BSF personnel even opened fire after noticing the movement of three to four suspects who came to recover the consignment, but they managed to flee, it said.

At 12.05 am, the troops heard the buzzing sound of the Pakistani drone entering the Indian territory near Churiwala Chusti village. They even fired towards the direction of the drone, which went back to the Pakistani side, the BSF said.

During a search of the area, they found nine packets of heroin, weighing 7.5 kg, a pistol, two magazines and 50 rounds of 9mm, it tweeted.

“Vigilant BSF troops once again foiled the nefarious attempt of the anti-national elements to smuggle contraband,” it added. 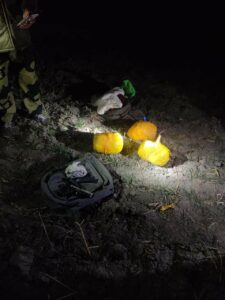 On the intervening night of Thursday and Friday, a drone was found from a field near the India-Pakistan border in Tarn Taran district along with over 5 kg of heroin, police had said.

On Monday, two Pakistani drones, carrying around 10 kg of heroin, were gunned down by the BSF along the India-Pakistan border in Amritsar and Tarn Taran districts.

On Wednesday, a broken quadcopter drone was recovered from the area of village Van Tara Singh in Khalra in Tarn Taran.

Five assault rifles and an equal number of pistols were recovered by the Border Security Force near the India-Pakistan border in Punjab’s Ferozepur district on Friday.

Acting on a specific information, the BSF troops conducted a search operation in Gandu Kilcha village and noticed suspicious items lying in a field, they said.

On November 29, the BSF and the Punjab Police had recovered five assault rifles and five pistols near the border outpost (BOP) Dona Telu Mal in Ferozepur.