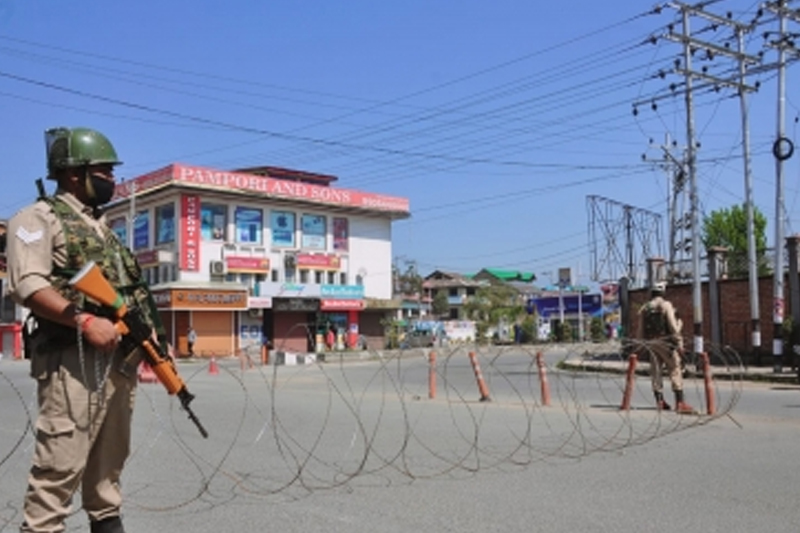 Ramban: The fixed-line and mobile internet services were restored in Ramban district while curfew continued to remain in force in Bhaderwah town of Jammu and Kashmir’s Doda district for the fifth straight day on Monday following communal tension, officials said.

Strict restrictions under prohibitory orders also continued in several other parts of Doda and nearby Kishtwar district as a precautionary measure but students appearing in board examinations were given free movement on showing valid identity and admit cards, the officials said.

They said the broadband and mobile internet services were restored in Ramban district late Sunday night after remaining suspended since June 9 in the wake of communal tension triggered by the recent remarks of two now-suspended BJP leaders and social media posts by a few right wing activities in their support.

The restoration of internet services in Ramban district succeeded in the withdrawal of prohibitory orders a day earlier, the officials said.

However, they said the services continued to remain suspended in both Doda and Kishtwar districts, as a precautionary measure.

However, the students, appearing in board examinations, were asked to reach their examination centres on showing valid identity and admit cards to the deployed forces.

As per the directions of the administration, admit cards were treated as curfew-passes to facilitate free movement of the students appearing for class 10 and class 12 board examinations, an official of the education department, Rana Arif, said.

Arif, nominated as liaison officer to coordinate meetings between different communities and address issues of students, said almost all students and the staff have reached the examination centres well in time.

The officials said restrictions under section 144 CrPC continued in Doda, Gandoh and Thathri towns of Doda district along with Kishtwar town.

The situation is well under control and there was no untoward incident reported from anywhere, a police official said.