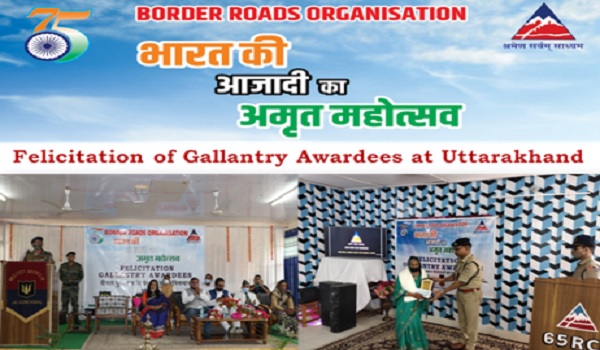 Border Roads Organization has started its celebrations of Azadi Ka Amrit Mahotsav, commemorating 75 years of country’s Independence. To mark this momentous occasion, BRO is organising nationwide welfare and patriotic activities across the nation.

As a part of the celebration, gallantry award winners and war heroes have been felicitated in Uttarakhand and Sikkim. Besides, 75 medical camps, plantation drives at 75 locations and 75 school samvad being organised across the country. National Flag to be unfurled on Independence Day at 75 highest passes of the nation.