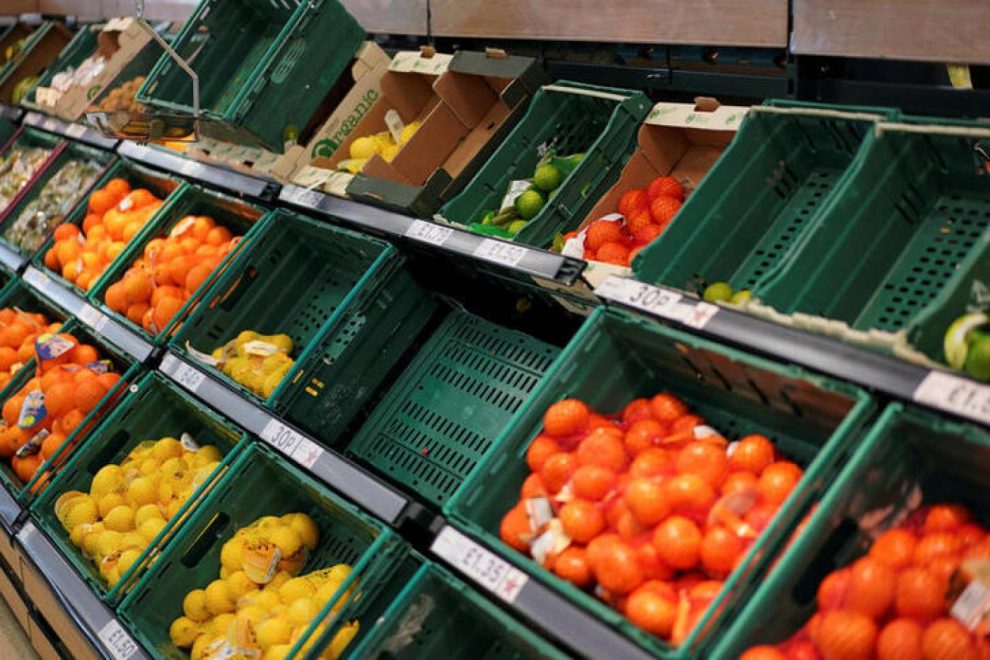 LONDON: Food banks across Britain urged the government to step up support for vulnerable people on Monday, as fears over a new coronavirus strain led European countries to cut transport ties.

France shut its border to people and trucks, closing off one of Britain’s most important trade arteries with mainland Europe and raising the prospect of food shortages days before the Brexit cliff edge.

“Across the UK, more 8 million people struggle to get enough to eat. Now … even more people may find it difficult to obtain affordable, nutritious food through the winter,” he said.

British supermarket group Sainsbury’s warned of gaps on shelves within days if transport ties were not quickly restored.

“Independent food banks or other grassroots food aid providers are already impacted by panic-buying and they will be the first to be affected by food shortages,” IFAN coordinator Sabine Goodwin told the Thomson Reuters Foundation.

Prime Minister Boris Johnson was to chair an emergency response meeting on Monday to discuss the flow of freight in and out of Britain.

“With the impact of coronavirus continuing to hit people’s incomes, this winter is already looking set to be food banks’ busiest ever,” said Emma Thorogood, a spokeswoman for the Trussell Trust, Britain’s largest food bank network.

The charity said it had delivered a record 1.2 million emergency food parcels to people between April and October, echoing IFAN’s report of an “unprecedented” 88% increase in need for food among some of its members.

“What’s more, food bank volunteers and the people they support are now taking COVID-19 risks that would be avoidable if people could access adequate social security payments and decent wages.”

Britain’s Department for Work and Pensions, which is responsible for welfare, did not immediately return calls seeking a comment.

In November it announced a 170 million pound ($226 million) funding scheme to support children and hard-hit families with food and bills during winter months.

“Our plea to the government is to put in place the necessary financial and logistical safeguards to ensure that nobody in the New Year has to go without the food they need,” he said in a statement.

Satellites used to expose risks of forced labour in global fishing
Buying a gadget this holiday season? Here are the privacy questions to keep in mind
Comment