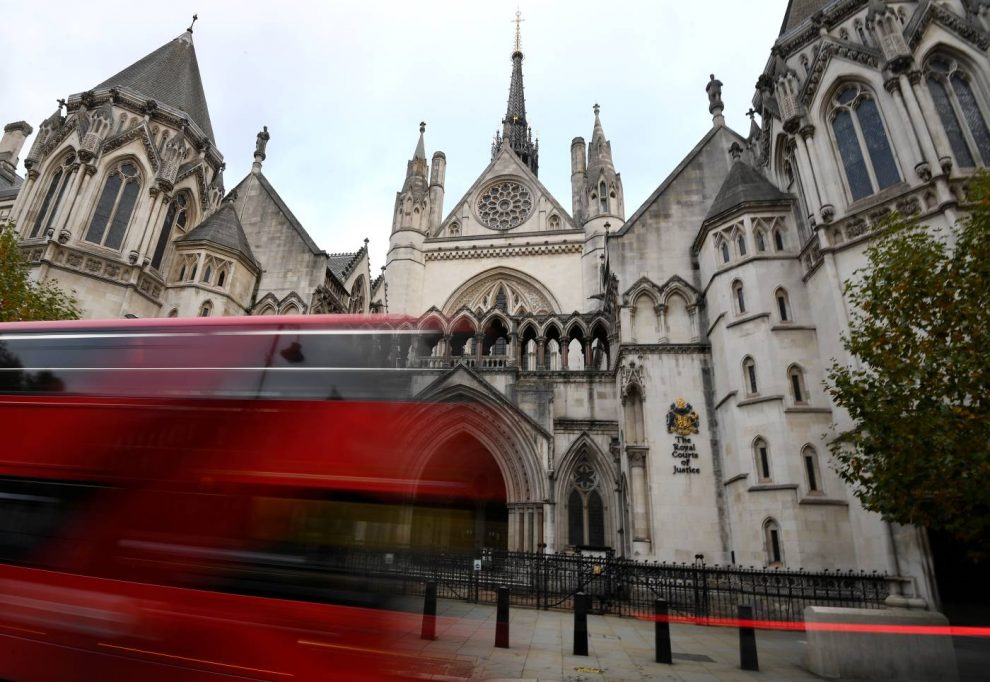 LONDON: Almost as soon as she could speak, Nina told her parents she was not a boy and she has lived as a girl since she was seven. Until recently, she was happy.

But now aged 12 and wanting to stop the onset of male puberty, a ruling by Britain’s High Court has plunged Nina and dozens of other children struggling with gender dysphoria into limbo by restricting access to puberty-blocking drugs.

The judges ruled that under-16s were unlikely to be able to give informed consent to such medication, and doctors must now get a judge’s approval – a so-called “best interests order” – to prescribe them to adolescent patients.

Days after the ruling, Nina’s appointment the following week with specialists – whom she hoped would prescribe the medication – was cancelled and no new date was scheduled.

With the court ruling leaving a void in treatment, some parents are now filling the gap left by seeking drugs for their children from privately funded services.

“I feel like I’m living in a nightmare,” said Nina’s mother, Juliet, whose daughter has attended England’s sole youth gender clinic – the Gender Identity Development Service (GIDS) – since she was five.

“If in your head you are female but your body starts to develop as a male in your teenage years, it just must be the most horrendous thing,” said Juliet, whose name – along with those of all parents and children in this article – has been changed to protect their identities.

The ruling came as rising numbers of adolescents globally seek to change gender, dividing those who fear doctors are too hasty in prescribing puberty blockers and cross-sex hormones and those worried about access to medication they deem life-saving.

Puberty blockers, which are used to prevent the onset of sexual maturity, have become the focus of a fierce global debate about the age at which a child can decide to transition gender.

In Britain the number of children referred to GIDS has risen nearly 30-fold in the past decade and waiting lists are more than 18 months long.

About 2,660 under-18s were referred to GIDS in the year to March 2020, while 161 were referred on by GIDS to specialist endocrinologists who prescribe puberty blockers, according to the clinic’s data.

The medication can stop irreversible physical changes for patients, such as their voice breaking, WPATH’s guidelines state.

But the drugs’ use is controversial. There is little research about the long-term effects and critics say they are prescribed too freely – putting sometimes-vulnerable children on a course to more permanent transition treatments.

Keira Bell, who took puberty blockers aged 16, testosterone at 17 and had a double mastectomy at 20, brought the court case that resulted in puberty blockers being restricted after coming to regret the medical treatment she had to transition.

Bell, now 23, told reporters after the Dec. 1 judgment that she was delighted by the outcome and wished it had been made before she “embarked on the devastating experiment of puberty blockers”.

Tom, a 12-year-old patient of the London-based youth gender clinic run by the Tavistock and Portman NHS Foundation Trust, had been waiting for an appointment with an endocrinologist when the High Court issued its ruling, said his mother, Naomi.

“When the (court) outcome came, he was just absolutely devastated,” she said. “Straight away he just went completely down. And since then he’s stopped eating.”

Some former staff and parents of children with dysphoria, however, have welcomed tighter restrictions on the use of puberty blockers at GIDS, voicing concern about whether children as young as 10 can be sure about their gender identity.

“No child can be born in the wrong body,” said David Bell, a retired adult psychiatrist and a former staff representative on the Tavistock and Portman NHS Foundation Trust’s Council of Governors.

While he said he had not worked with trans children specifically, Bell said he was contacted in 2018 by 10 former and then-current GIDS clinicians who were concerned puberty blockers were being prescribed too easily.

But another GIDS clinician, who spoke anonymously because of not being authorised to speak publicly, disputed the assessment of the medical professionals who raised concerns with Bell.

“The idea that people are being rushed into decisions is simply not true,” the clinician said. “As a service we are actually very conservative in the way we approach gender identity.”

Like Nina, Tom’s mother Naomi said he had been “adamant” about being a boy since he started to talk, but COVID-19 had delayed his assessments for medication even before the court ruling.

“I’m just pinning all of my hopes on the best interests (court) order,” said Naomi, referring to the new requirement for patients aged under 16 to secure a judge’s approval to access the medication.

Parents such as Naomi told the Thomson Reuters Foundation they had received little guidance so far on how to seek a court order, and so far none have been issued.

A Tavistock and Portman NHS Foundation Trust spokeswoman said patients such as Nina and Tom, who were referred to endocrinologists before Dec. 1 but had not started taking the drugs, would soon be advised on applying for the court orders.

The trust is appealing against the High Court ruling, which prompted England’s National Health Service (NHS) to tighten its rules on accessing the drugs.

The High Court “set out a clear need for an additional layer of safeguarding for children which is why the Tavistock and Portman NHS Foundation Trust themselves decided not to make new referrals”, an NHS spokeswoman said by email.

Caroline’s daughter Lily starting living as a girl at the age of six, having said she was a girl from the age of three.

Lily was due to have an endocrinology appointment when she turns 12 in March, but now that is in doubt Caroline has paid a private gender care service to secure puberty blockers for her daughter.

She said she would continue to skirt NHS channels to secure supplies of the drug while the uncertainty triggered by the court ruling continued.

“She knows her body, she’s not stupid,” Caroline said. “It’s giving her time to think about it, to discover herself and think about it. We’re not opposed to her going back to being a boy. She can do what she likes.”