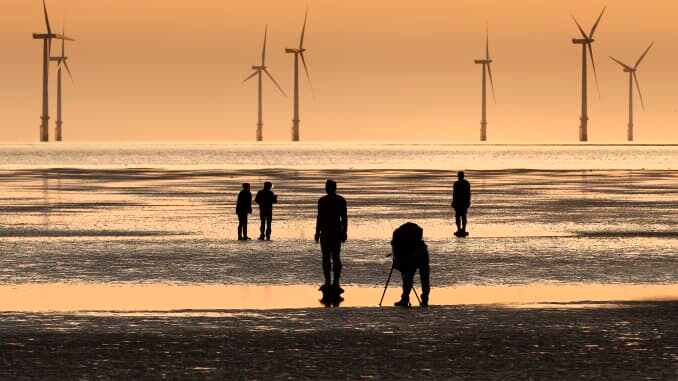 Johnson is seeking to boost Britain’s green credentials ahead of hosting next year’s climate talks, COP 26, in Glasgow, and last month unveiled what he called a “green revolution” designed to cut emissions and create 250,000 jobs.

The announcement also comes ahead of the U.N.’s Climate Ambition Summit on Dec. 12, which Britain is jointly hosting and marks the fifth anniversary of the international Paris climate agreement.

“Today, we are taking the lead with an ambitious new target to reduce our emissions by 2030, faster than any major economy,” Johnson said in a statement.

Last year, Britain became the first G7 country to set in law a net zero emissions target by 2050, which will require wholesale changes in the way people travel, use energy and eat.

As part of its “green revolution”, the government said in mid-November Britain would ban the sale of new petrol and diesel cars and vans from 2030, five years earlier than previously planned, and pledged to ramp up renewable power generation.

The Paris agreement is designed to limit a rise in global temperatures to 1.5 degrees Celsius, which scientists say could stave off the worst effects of climate change.

Countries that have signed up to the agreement must submit a plan called a nationally determined contribution (NDC) to the United Nations Framework Convention on Climate Change outlining how they will cut emissions in line with the accord.

“This is the most significant NDC announcement so far from any major economy,” said Richard Black, director of the Energy and Climate Intelligence Unit.

It “sets down a marker for other prosperous nations regarding their own minimum level of NDC ambition,” he added.

The European Union is currently debating whether to increase its 2030 goal to at least a 55% emissions cut from 1990 levels.

“It’s critical Britain sets a clear pathway of action to lead the fight against climate change, and this confirmation of an ambitious NDC is an important step on that journey,” he said.