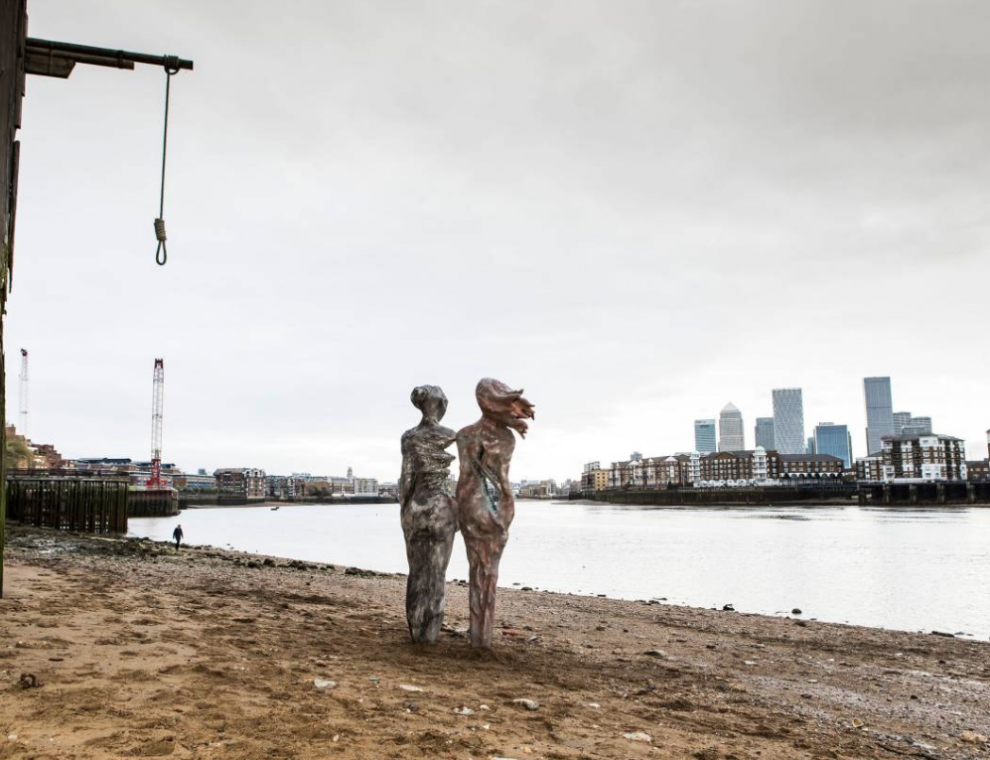 LONDON: Britain unveiled a statue of two lesbian pirates on Wednesday, resurrecting a duo who “broke gender boundaries” amid a wider debate over why so few women are immortalised with monuments.

The statue of Anne Bonny and Mary Read, who, according to some historical sources, were lovers while pirates in the Caribbean, was unveiled at Execution Docks, a beach on the banks of the River Thames where smugglers and mutineers were hanged.

“Mary Read and Anne Bonny were two of the most famed pirates in the 18th century, yet there is little said about them in our history books,” Kate Williams, a professor of history at the University of Reading, said in an emailed statement.

“They broke gender boundaries and stunned people at the time,” said Williams.

The significance of public art and who deserves commemoration have come under scrutiny after a statue of an English slave trader was toppled by anti-racism protesters in the southwest city of Bristol in June.

There has also been debate in recent years about why only about a sixth of British statues represent women, according to data from The National Trust charity.

The commemoration of the long-forgotten lovers at sea came a week after protests over the elevation of another women from history – this time British feminist pioneer Mary Wollstonecraft.

A new monument in London to Wollstonecraft, showing a nude woman emerging from an abstract form of intermingled female figures, was labelled “disrespectful” on Twitter by feminist author Caroline Criado Perez, who led a separate campaign for a statue of women’s votes campaigner Millicent Fawcett.

The pirates, created by artist Amanda Cotton and commissioned by audiobook company Audible, which is releasing a podcast dramatising the women’s lives, will be moved to Burgh Island on England’s southwest Devon coast in early 2021 where it will live as a permanent reminder of a forgotten past.

“Because of thousands of years of persecution of LGBT people, our histories are fragmented and lost,” said Paul Johnson, head of sociology at the University of York.

“It is vital, therefore, that efforts continue to discover our past and represent it throughout society. Public art, explicitly dedicated to LGBT lives, reflects the long-standing diversity of Britain and helps create a more inclusive future.”

Nepal-India relations: A view from Kathmandu
High hopes for abortion rights to expand in Argentina
Comment