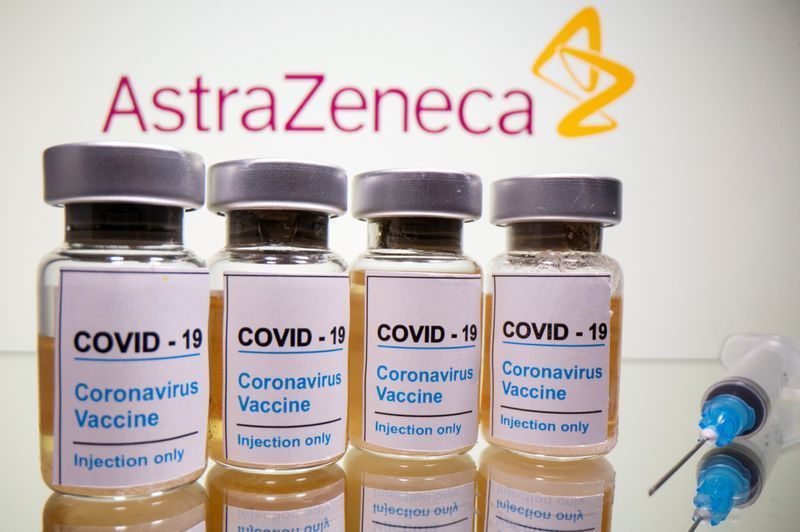 LONDON: Britain on Wednesday became the first country in the world to approve a coronavirus vaccine developed by Oxford University and AstraZeneca, hoping that rapid action would help it stem a surge of infections driven by a highly contagious variant of the virus.

Boris Johnson’s government, which has already ordered 100 million doses of the vaccine, said it had accepted a recommendation from the Medicines and Healthcare products Regulatory Agency (MHRA) to grant emergency authorisation.

The approval is a vindication for a shot seen as essential for mass immunisations in the developing world as well as in Britain, but does not eliminate questions about trial data that make it unlikely to be approved so rapidly in the European Union or the United States.

“The NHS (National Health Service) will be able to deliver these shots into people’s arms at the speed at which it can be manufactured,” Health Secretary Matt Hancock told Sky News.

“I am also now, with this approval this morning, highly confident that we can get enough vulnerable people vaccinated by the spring that we can now see our route out of this pandemic.”

Johnson called the approval a “triumph for British science”.

Hancock said hundreds of thousands of doses would be available to administer next week in Britain, which is already rolling out a vaccine developed by Pfizer of the United States and BioNTech of Germany.

The Oxford vaccine has been found in trials to be less effective than the Pfizer/BioNTech shot but, crucially for countries with more basic health infrastructure, can be stored and transported under normal refrigeration, rather than supercooled to -70 degrees Celsius (-94 Fahrenheit).

India is keen to start administering the new shot next month; Serum Institute of India (SII), the world’s biggest producer of vaccines, has already made about 50 million doses. Chile is also interested.

Britain has set itself apart from other Western countries with its fast-track approach to vaccinations, having green-lighted the Pfizer/BioNTech vaccine weeks before the EU’s European Medicines Authority (EMA) did so.

A UK government advisory body on Wednesday recommended a change of course by giving as many people as possible a first dose of coronavirus vaccine right away, rather than giving the second, booster shot within the shortest period of time.

Uncertainty has swirled over the most effective dosing pattern for the AstraZeneca/Oxford vaccine since it released data last month showing a 90% success rate for a half-dose followed by a full dose, but only 62% – still usually more than enough for regulators – for two full doses.

The more successful outcome emerged, by accident, in a much smaller number of participants, all under 55, and AstraZeneca is carrying out more tests to see if that rate holds up in a bigger set of volunteers.

AstraZeneca did not specify which regimen had been approved on Wednesday. The MHRA was due to brief reporters shortly.

The EMA says it has not yet received full data on the AstraZeneca vaccine and is unlikely to be able to approve it next month. A decision from the U.S. regulator is also not imminent.

Governments need to secure widespread public acceptance of a new vaccine in order to achieve so-called “herd immunity”, but have to contend with anti-vaccine campaigns able to spread their messages rapidly through social media.

Antonella Viola, an immunologist at Padua University in Italy, said that the divergence between regulators was a “bad message that disorients citizens”.

“While there is no doubt about the safety of the vaccine, the efficacy is unclear – and too many errors and announcements have complicated the interpretation of the data,” she said.

But for some, the seriousness of the pandemic was enough to merit swift action.

Britain and South Africa in particular are grappling with more contagious variants of the coronavirus, which has already killed 1.7 million people around the world, sown chaos through the global economy and upended normal life for billions.

Many countries have banned passenger flights and blocked trade to try to keep the new mutation out.

“To get out of this debacle, there is no alternative to having a significant majority of the population carrying a high level of neutralising antibodies,” said Danny Altmann, a professor of immunology at Imperial College London.

“I suspect this (authorisation) will speed things by several months. An immune population by the spring starts to look feasible.”

AstraZeneca Chief Executive Pascal Soriot told BBC radio that Britain should be able to vaccinate tens of millions of people by the end of the first quarter.