Opportunities to perform now came his way thick and fast. Hariprasad made the most of them all.
Ensemble piece, solo performances and compositions,  and accompaniment requests for dancers in Odissi would follow one after the other. Krishnamurthy and Pt Mishra were already collaborating with Odissi Guru Kelucharan Mohapatra, and Hariprasad would be a vital part of the orchestra, adding his notes wherever he could fit them in. Poet Jayadeva’s Geet Govind, describing the relationship between Krishna and Radha, as well as with the gopis of Vrindavan, was often a bulwark of the Odissi pieces choreographed by Guru Mohapatra and was actually incomplete without Krishna’s flute playing through the composition. Hariprasad filled the gap admirably.
It is not long before Hariprasad finds himself forming the third component of a trio, along with Krishnamurthy and Guru Kelucharan, working with them on creating and playing music for the guru’s new dance drama ballet creations.
Soon, other dance institutions take note, and requests start coming in for him to add the plaint of the flute to the rhythm of the pakhavaj, table and ghungroo and the cadences of the singer’s voice. And at every opportunity, Hariprasad presents himself as a willing accompanist.
Now, he is also a full-fledged composer. He creates his first offering as a composer. It is to be an Oriya song. The words are ‘Aaji Paho na Rati’, and singer Shyamal Mitra will give it voice. It is in many ways a big break for the flautist–composer. Mitra was a singer on par with Hemant Kumar and Manna Dey in the Bengali film fraternity. A composer in his own right, Mitra had many Bangla films to his credit and would go on to contribute to Hindi cinema too, including hits in Amanush and Ananda Ashram.
Unfazed by the celebrity status of his singer, Hariprasad delineates the tune to him in the studio. He then takes his place as flautist in the orchestra, as the recording begins.
Mitra’s voice and perfect Oriya enunciation combined with Hariprasad’s dulcet composition creates waves. Radio stations across Orissa pick up and relay the song, and critics are alerted to a new star on the rise among composers of music.
Stage performance requests dovetail one another, and our talented artiste is now found performing frequently not just in Cuttack, but at music festivals in Sambhalpur, and elsewhere. He remembers the feeling of familiarity that engulfed him, when on his way to a performance in Calcutta, he got off the train at Howrah and heard the cries of the hawkers at the platform, identical to what he had heard on his very first trip to Cuttack. The modest programme would result in a meeting with the ‘great Amir Khan sahab’. ‘He said he had come to listen to me, can you believe that?’ Hariprasad exclaims.
Surjit Singh writes in detail about one of Hariprasad’s earliest programmes in Cuttack. To quote from Woodwinds of Change:

The programme was organized by a Calcuttan and was held in a large hall about twenty kilometres from Bhubaneswar. The list  of performers read like a who’s who of classical musicians. Baba Allauddin Khan, Ravi Shankar, Ali Akbar Khan and Kanan sahib were among the participants. Someone suggested that Hariprasad play the flute as there were no flautists.

Hariprasad realizes this is his big chance. Here, among the greats, for the first time, he will play classical music to an audience, unlike the light pieces he played on radio. Yet, the event robs him of sleep at night—the thought of being on the same stage as the stalwarts sends the adrenaline rushing into his blood. Baba Allauddin Khan sahab! He remembers the kindly elder with crinkling eyes, the smell of his bidi. He cannot fall short of his expectations. He must prepare for the concert.
Hariprasad remembers that he retired to his favourite nook, the radio station library, and listened endlessly to the greats he was soon to meet. He listened to other singers and instrumentalists too.
‘I wanted to understand how each developed his unique style, I wanted a style of my own,’ he says.
When he was finally done with this exercise, he looked for a vacant studio, closed the door and practised, unmindful of the hours slipping quietly past. He only emerged when it was time for the evening broadcasts, tired but happy, his sweat-soaked shirt sticking to his torso.
Of the actual performance Hariprasad only says that he was overwhelmed by the fact that the venerable Ustad Karmatullah Khan accompanied him in a gesture of infinite grace. He has little recollection of the ragas he played, but remembers playing them with full gusto to impress the luminaries present. 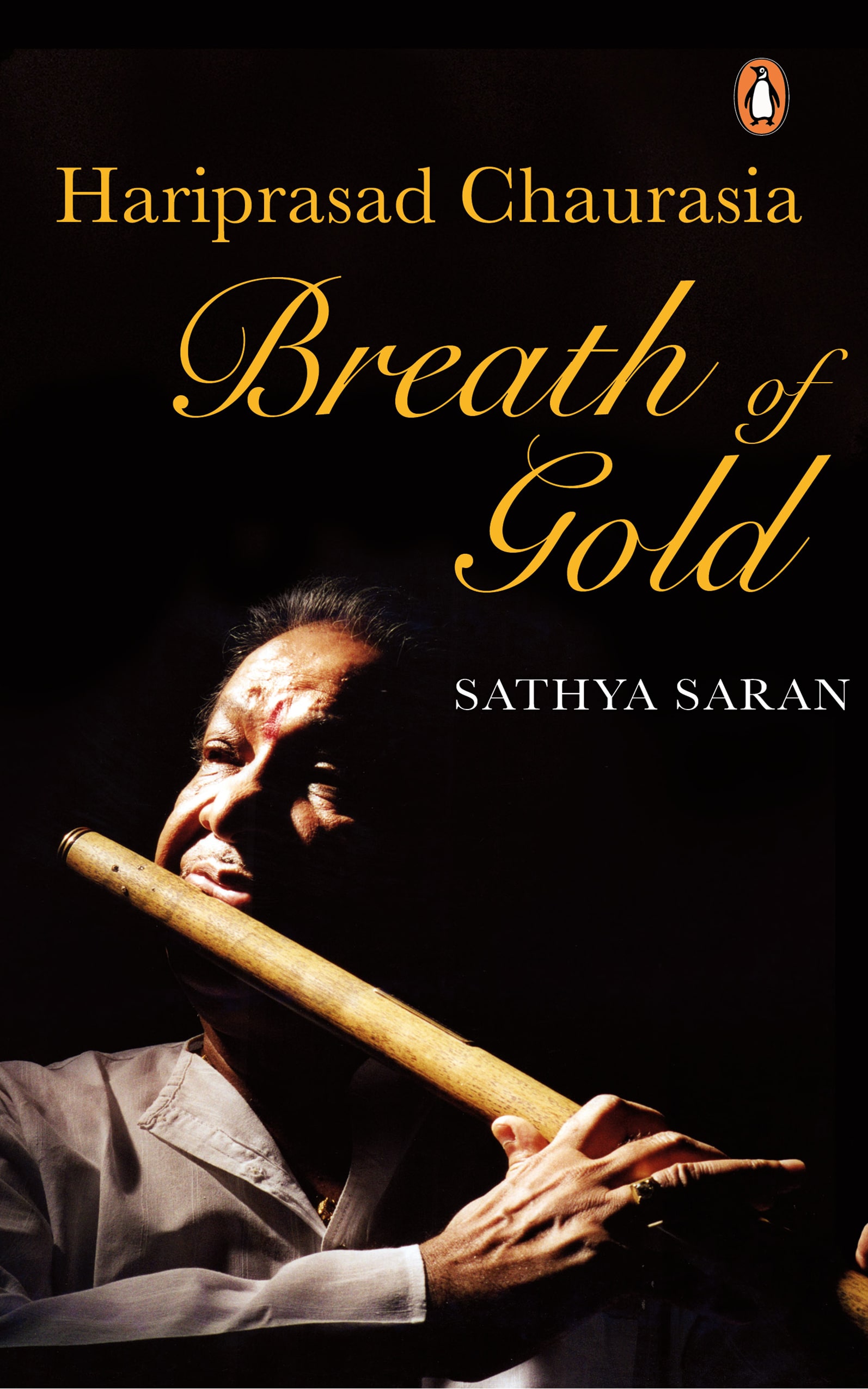 "Slices of Life": This short story collection features women from various walks of life navigating the current chaotic times
Rheea Mukherjee on "The Body Myth": 'This book was a response to my analysis about notions of love, sexuality, morality, and social privilege'