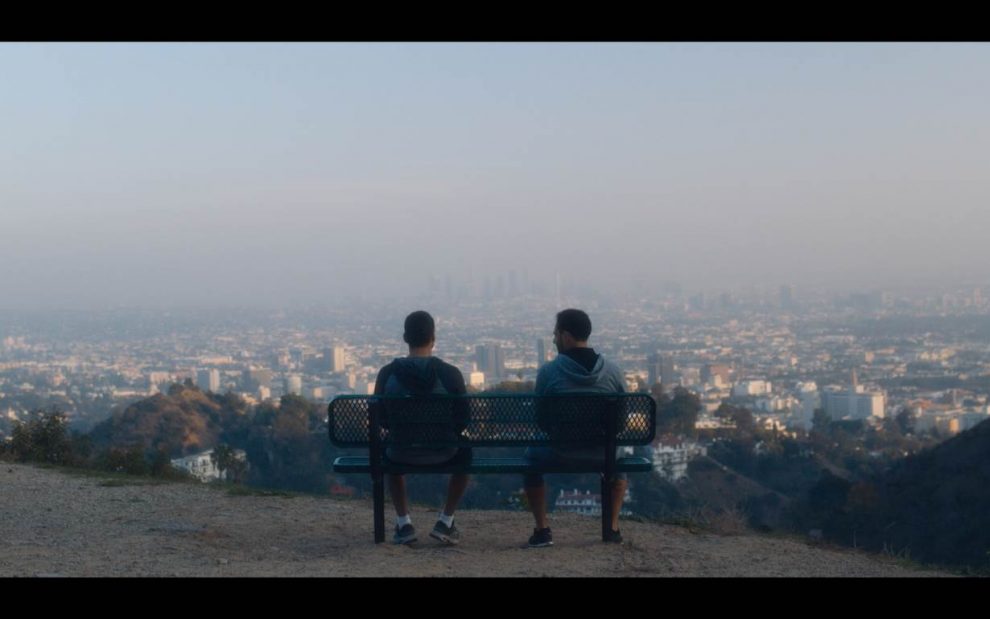 NEW YORK: Several years ago, over coffee with a friend, Hollywood writer and director Mike Mosallam grew frustrated that he couldn’t name a film about gay Muslims. So he wrote one.

“Breaking Fast” is a romantic comedy that follows Mo, a Muslim doctor of Lebanese descent who falls in love with a white actor named Kal.

The film takes place against gay-friendly West Hollywood during the holy month of Ramadan, a time of year when Muslims cannot eat, drink or have sex from dawn to sunset.

“This story really came out of a desire to see a journey and characters that looked like me and my friends and the things we talk about,” Mosallam, a gay Muslim of Lebanese descent, told the Thomson Reuters Foundation.

After meeting at a birthday party, all-American Kal offers to join Mo’s nightly iftars, a traditional meal eaten during Ramadan, enmeshing the pair in a cross-cultural relationship.

Since its release last Friday on streaming services, critics have called the film “incisive” and “heartfelt”.

Aside from winning acclaim, the 41-year-old movie maker wants to bust stereotypes that “you can’t be gay and Muslim”.

“I’m hoping that people will watch this movie and begin to consider that those identities don’t always work the way our biases sort of lead us to believe,” said Mosallam.

Same-sex marriage was legalized in the United States in 2015, and LGBT+ people are federally protected from being fired due to their sexually or gender identity.

But debate over gay and trans rights continues to divide, pitting rights advocates – who oppose discrimination – against religious groups seeking to uphold tradition.

Mosallam said Mo and Kal’s love story should show viewers – as well as entrenched opponents – that people are more alike than meets the eye.

“We all as humans have the same innate desire to love and to be loved,” he said.

“Breaking Fast” was originally released as a short in 2015 and warmly received at the Cannes Film Festival. The positive feedback prompted Mosallam to expand the story into a movie.

Its star Haaz Sleiman, who plays the part of Mo, will shatter more glass ceilings this year, one of the two first openly LGBT+ characters in the Marvel film, “The Eternals.”

“He has been a champion for the Arab/Muslim community and the roles that he’s played and now he is doing that within the landscape of the LGBTQ community,” said Mosallam.

The love story – both in theme and cast – should also sit well with a new push by Hollywood to improve diversity.

Last year, the body that hands out the Academy Awards created diversity guidelines that movie makers must meet for work to be eligible for a best-picture Oscar.

The guidelines apply from 2024, setting out the number of actors, staff and interns on a movie to be filled by women, or people of color, with disabilities or from the LGBT+ community.

If Americans see LGBT+ people portrayed in film, television and ads, they are more likely to accept them, according to research by Procter & Gamble Co., the consumer goods giant, and GLAAD, a U.S.-based LGBT+ nonprofit.

The struggle with internet clampdown
Jumping the COVID-19 vaccine line: Where it’s happening and what’s being done to stop it
Comment