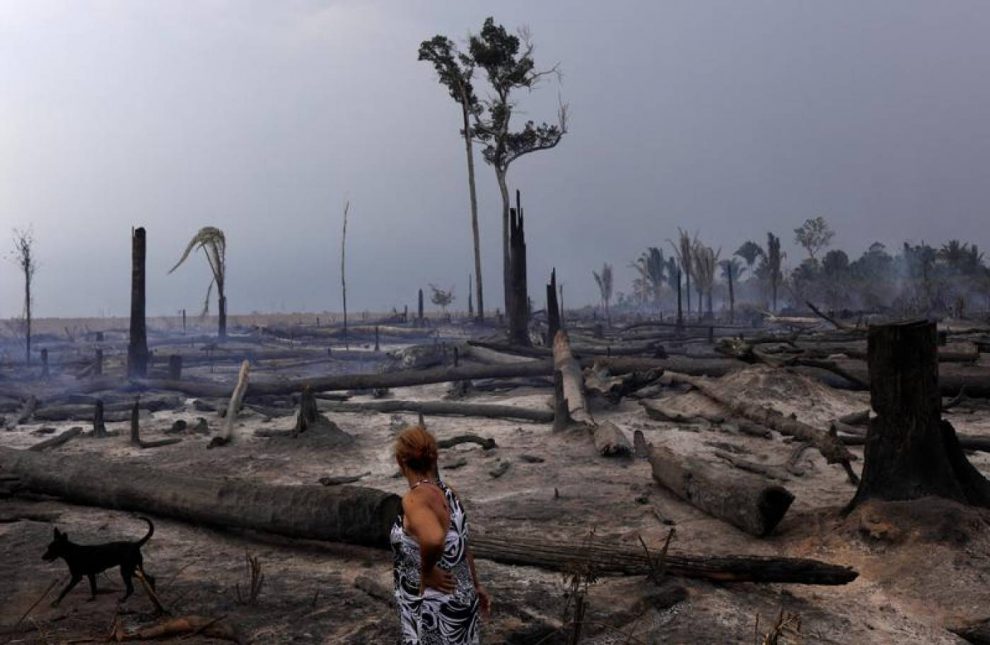 RIO DE JANEIRO: Brazilians are more concerned about climate change as a catastrophic risk compared with residents in several other big economies, a survey showed on Wednesday, reflecting the impact vividly underway in the South American nation.

About 93% of those surveyed in Brazil, where fires have damaged its Amazon rainforest, agreed on the severity of climate change leading to higher sea levels and melting polar caps, said research commissioned by the Global Challenges Foundation, a Swedish non-profit.

Australians were the least concerned at 70%, it said, while the concerned response in the United States was 73%.

“The main takeaway is that so many people … already today feel they are affected by climate change,” said Jens Orback, executive director of the Global Challenges Foundation.

“There is a high amount of people asking international institutions to step up,” he told Thomson Reuters Foundation.

Climate change featured among the top three most urgent risks for respondents in all countries, said the survey, conducted in June and July among more than 1,000 people per nation.

A majority in half – India, Brazil, China, South Africa and Russia – said they were already very affected by high temperatures, pollution, droughts, fires or floods.

Germany was at the bottom, with only 21% saying they had been very or quite affected, followed by Australia at 35%. Sweden, the United States and the United Kingdom tied at 42%.

Six countries listed the coronavirus pandemic as the most urgent threat globally, while Germany and Sweden put climate change at the top.

“I think in Sweden and Germany, one reason is that the pandemic is rather taken care of,” said Orback.

Russia listed the use of weapons of mass destruction while South Africa cited extreme poverty as among their top concerns.

The interviews were conducted via web, so the results may have been skewed by countries with more people in urban areas with higher incomes and more education, the foundation said.

The opinions of Brazilians surveyed were at odds with that of President Jair Bolsonaro, who has said he wants to develop the Amazon region to lift it out of poverty.

The dense jungle absorbs a huge amount of the world’s carbon dioxide, a greenhouse gas believed to be the biggest factor in climate change.

In Brazil, Amazon fires have surged this year, up 25% in the first 10 months of 2020 compared with 2019, data from the space research agency Inpe showed.

Bolsonaro’s stance and the Amazon fires have made climate change a leading topic in Brazilian news and public discourse, said Adriana Ramos of the non-profit Instituto Socioambiental.

“This subject took a presence in the news like never before because it is one of the topics the president focuses on,” said Ramos.

“It’s a pity that these themes have reached the top … through the path of denial. But at the same time it is very positive that people realize the relevance of this issue.”