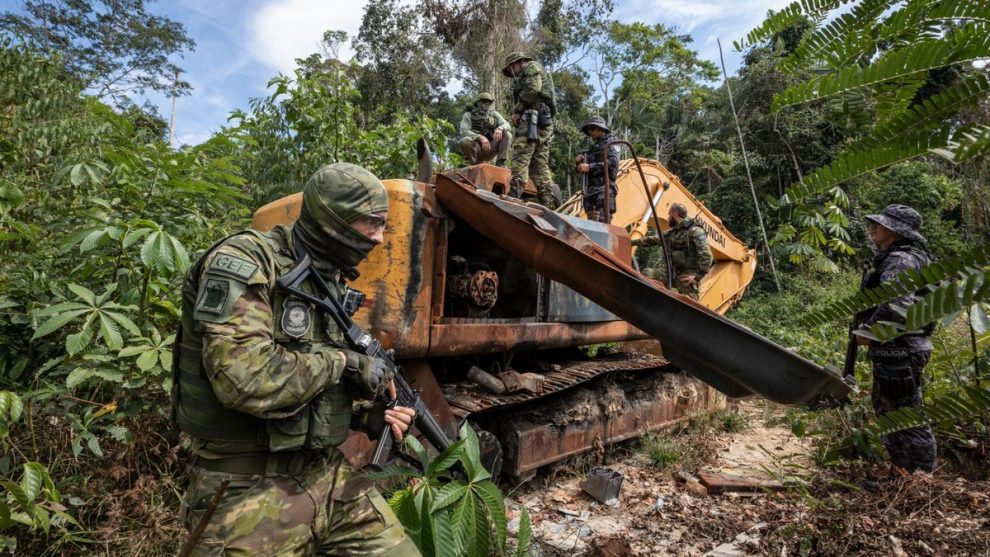 Brazil’s armed forces also could be stretched thin as they respond to an uptick in humanitarian crises caused by climate change in the country, the officials said in a report by the International Military Council on Climate and Security (IMCCS).

“Brazilian leaders should make climate change and counter-deforestation a security priority,” said Oliver-Leighton Barrett, the council’s liaison for the Americas, during an online presentation of the report.

Brazil is highly dependent on hydropower, with about 63% of the country’s electricity coming from water-related sources, according to government data from 2019.

It is also already struggling to cope with worsening drought, which helped drive fires that scorched 30% of its vast western Pantanal wetlands this year.

Between 2014 and 2016, Brazil’s most populous state of Sao Paulo faced unprecedented water shortages that led to street protests.

“If it had gone much longer it would have been a major humanitarian crisis,” Barrett said of the Sao Paulo drought.

Brazil’s President Jair Bolsonaro is an outspoken critic of efforts to curb climate change, and also has said he wants to develop the Amazon region to lift it out of poverty.

The president, a former army captain, has relied on Brazil’s military to alleviate humanitarian crises in the country and to monitor the Amazon, where deforestation has surged again after years of advances in cutting losses.

The report said that across Latin America as whole military forces regularly are called in to help with humanitarian crises, and “this will continue as climate change drives more disasters.”

The Amazon rainforest – the world’s largest tropical forest – is a major absorber of planet-heating carbon dioxide.

To preserve the forest and protect Brazil’s water supplies, the country needs to develop the Amazon, but in a sustainable way, said Raul Jungmann, Brazil’s defense minister from 2016 to 2018.

Brazil’s armed forces are conservationists, he said – but they see protecting national security, including from foreign interference, as a top priority.

He said he believes Brazil’s Vice President Hamilton Mourao, who leads the government’s Amazon Council, is dedicated to stopping deforestation but lacks support within the government.