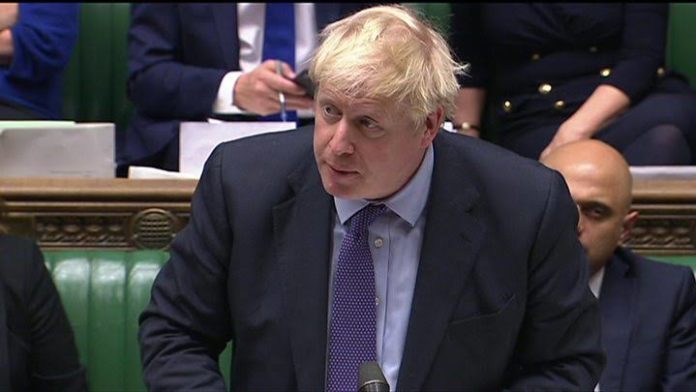 British Prime Minister Boris Johnson will introduce a new legislation that prevents lawmakers from extending the Brexit transition period beyond the end of 2020, UK government sources told the Irish Times on Tuesday.
Ministers are understood to have re-worked the Withdrawal Agreement Bill (WAB) — due to be tabled before the House of Commons this week — to “legally prohibit” any further extension, sources said. The move comes after British Parliamentarians gathered at Westminster for the first sitting of the new UK parliament on Tuesday following last week’s general election.
Johnson won 365 seats in the 650-seat parliament, with an unexpectedly large majority, in the recently held general elections of the country.
Under current plans, the UK government intends to end Britain’s EU membership on January 31, with the implementation to run to the end of 2020 while it negotiates a free trade agreement with Brussels.
However, key EU figures including chief negotiator Michel Barnier have expressed scepticism if a deal can be agreed in time, raising the fresh prospect of a no-deal break unless there is an extension.
“Last week the public voted for a government that would get Brexit done and move this country forward – and that’s exactly what we intend to do starting this week,” the government sources were quoted as saying.
“Our manifesto made clear that we will not extend the implementation period and the new Withdrawal Agreement Bill will legally prohibit the government agreeing to any extension,” they added.
The Prime Minister had repeatedly promised during the election campaign that he would not seek an extension to the transition period.
The WAB is due to be brought before the Commons on Friday and could receive its first reading and be voted on at second reading in one day if the Speaker agrees.