Are you getting bored during the lockdown? Indulging in creative art, watching web series on streaming platforms, and reading books would be helping many of you to beat the quarantine blues. For those of you who want to curl up with a good book to pass the time and want book recommendations, you can look up the reading lists of Indian authors during the Coronavirus lockdown. These book recommendations span many genres.
For those looking for books in the thriller genre, here are six exciting and gripping thrillers for you to read.
The thrillers in this list are an assorted mix, and include crime thrillers, murder mysteries, psychological thrillers, forensic thrillers, and police procedurals.
These riveting thrillers are set in diverse locales — from sweltering North Carolina to a Philadelphia neighbourhood, and rural areas of California’s Sonoma wine country to the English coastal town of North Devon. Scroll down to read more about these six thriller reads.
[RVListenButton]

“The Long Call” by Ann Cleeves 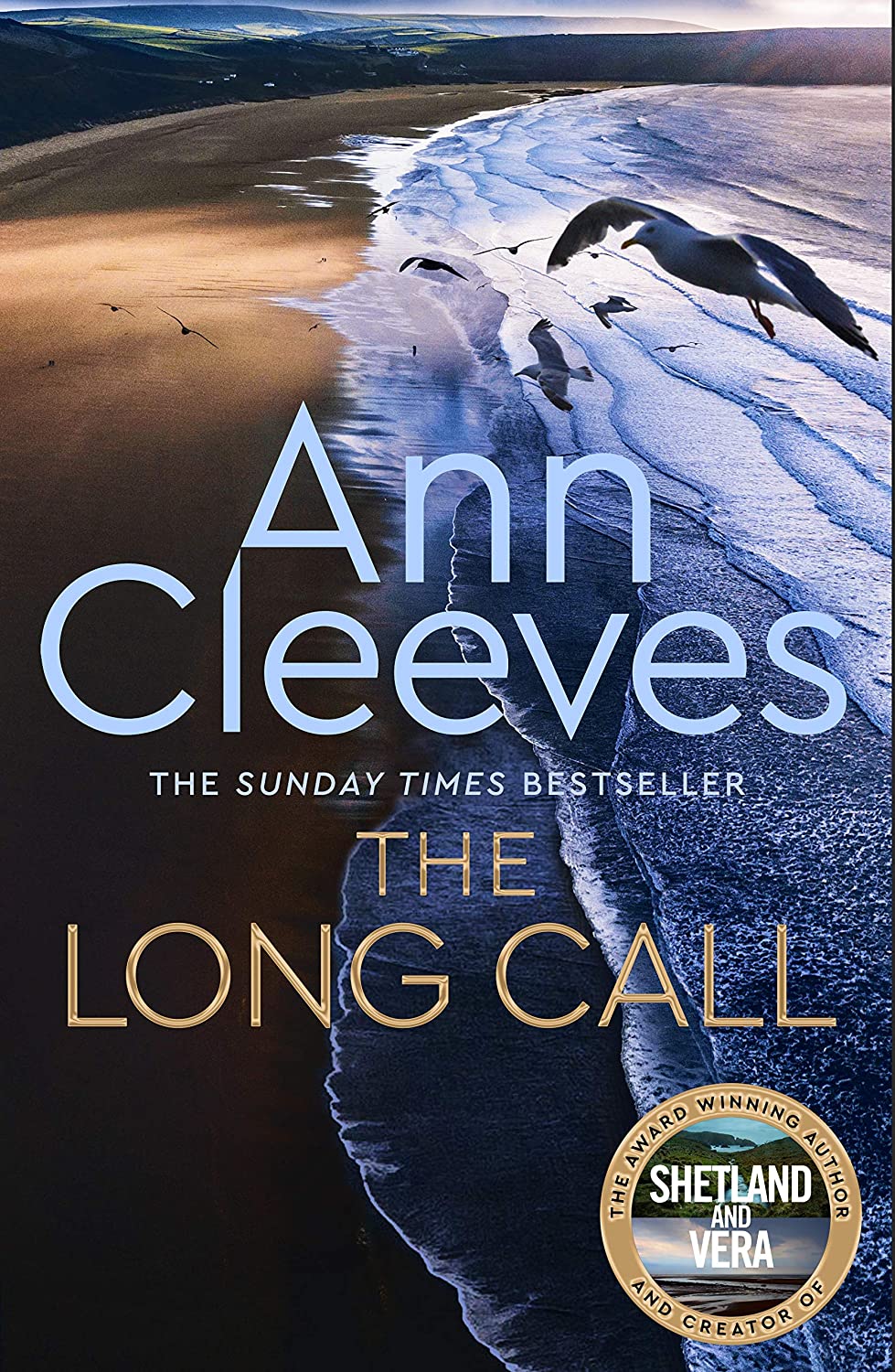 The Long Call is the first novel in the Two Rivers series by bestselling British crime writer Ann Cleeves. She is the creator of the detective characters Vera Stanhope and Jimmy Perez, of Vera and Shetland series. Both these series have been adapted for television. Ann Cleeves was awarded the highest honour in crime fiction writing, the CWA Diamond Dagger, in 2017.
This book introduces Detective Matthew Venn, who takes charge of his first major case in the Two Rivers region of the English coastal town of North Devon, where a body has been found on the beach. With Venn’s focus being finding the killer, his team’s investigation takes him to the deadly secrets that lurk in the evangelical community in which he grew up. A review in The Canberra Times reads – “The Long Call is a complex and disturbing exploration of secrets and lies, as well as the frailty of the disadvantaged and the hypocrisy of the powerful”.
Read an excerpt from The Long Call here.
Read more about the book here and buy it here.

“The Silent Patient” by Alex Michaelides 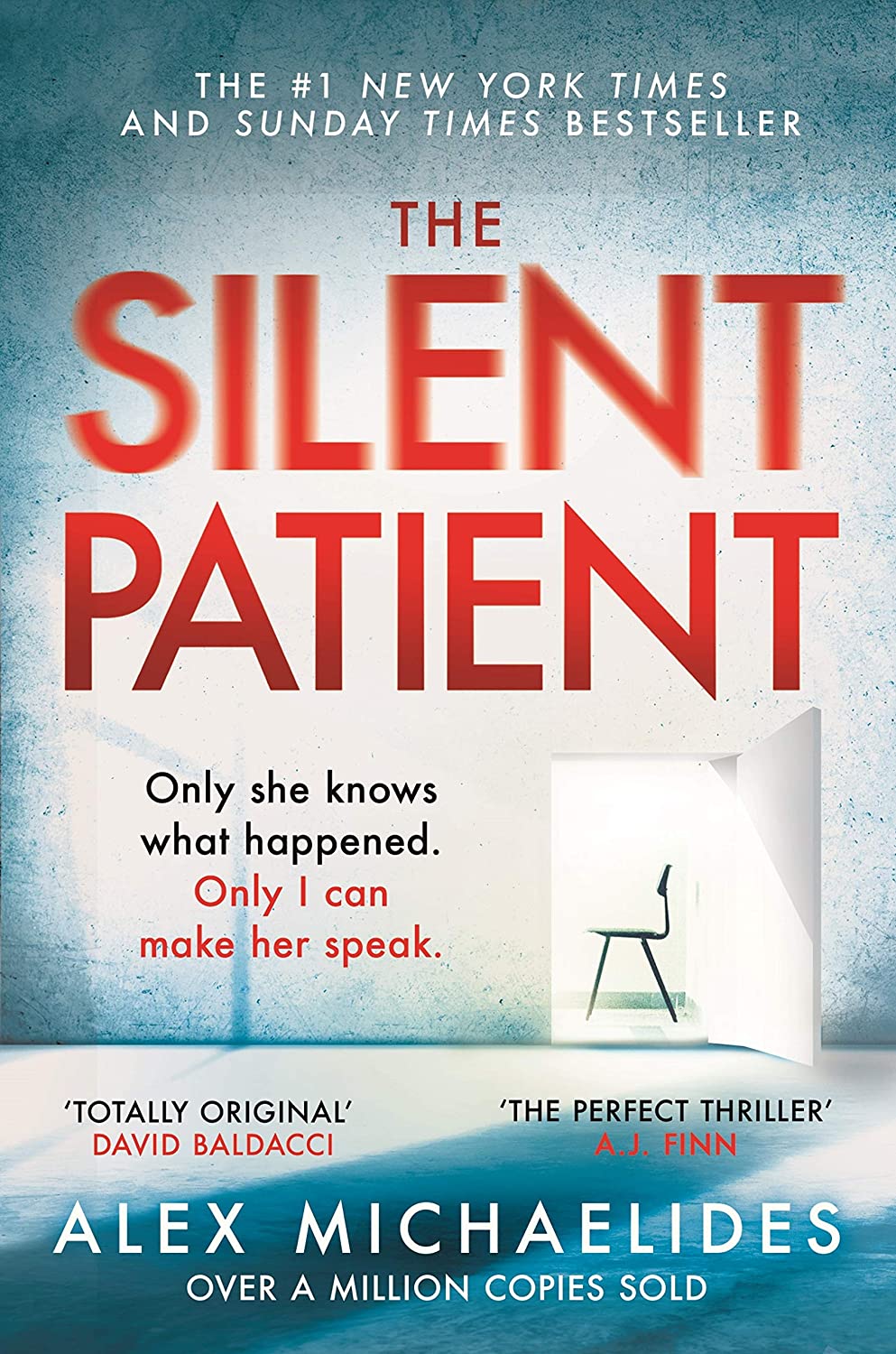 In this mystery thriller, criminal psychotherapist Theo Faber has been given the opportunity of his career when he begins working with Alicia Berenson, a formerly famous painter who has just shot her fashion photographer husband Gabriel five times in the face, and has since gone silent. As Theo tries to get Alicia to talk, she becomes more of an infamous figure, and the prices of her past paintings skyrocket. But no one knows why she did what she did, and Theo is determined to find out.
This debut novel by Alex Michaelides is an Instant No. 1 New York Times bestseller. The blurb reads, “The Silent Patient is a shocking psychological thriller of a woman’s act of violence against her husband―and of the therapist obsessed with uncovering her motive.”
Read an excerpt from the book here.
Read more about the book here and buy it here.

“A Conspiracy of Bones” by Kathy Reichs 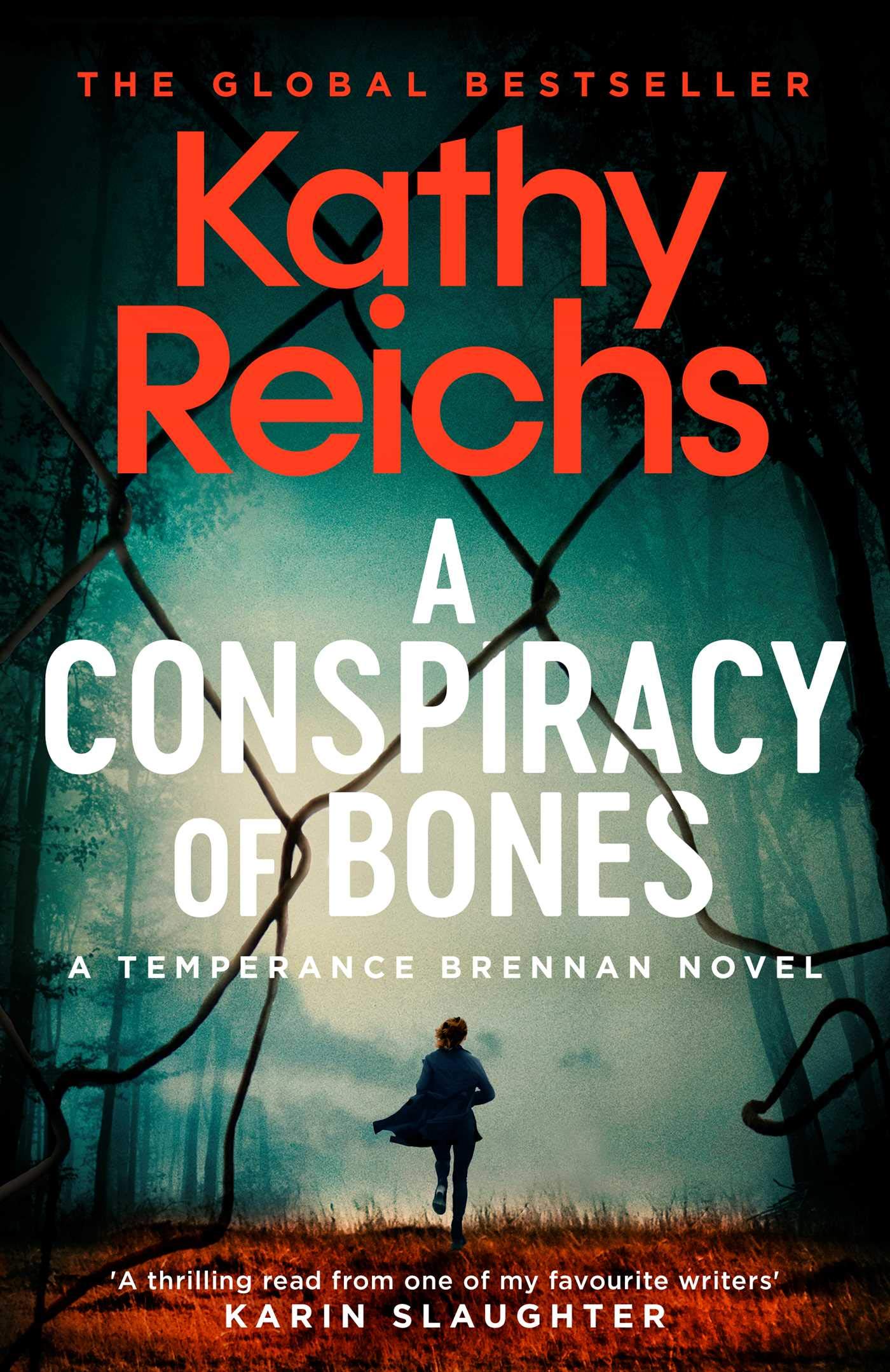 A Conspiracy of Bones is a new riveting novel by Kathy Reichs, featuring her vastly popular character forensic anthropologist Temperance Brennan, who must use all her tradecraft to discover the identity of a faceless corpse, its connection to a decade-old missing child case, and why the dead man had her cell phone number.
In the book, Temperance Brennan, still recovering from neurosurgery following an aneurysm, receives a series of mysterious text messages, each containing a new picture of a corpse that is missing its face and hands. An identified corpse soon turns up, only partly answering her questions. To win answers to the others, including the man’s identity, she takes help from a number of law enforcement associates including her Montreal beau Andrew Ryan and ex-homicide investigator Skinny Slidell, and utilizes new cutting-edge forensic methods, to draw closer to the astonishing truth.
Read an excerpt from the book here.
Read more about the book here and buy it here.

“No Bad Deed” by Heather Chavez 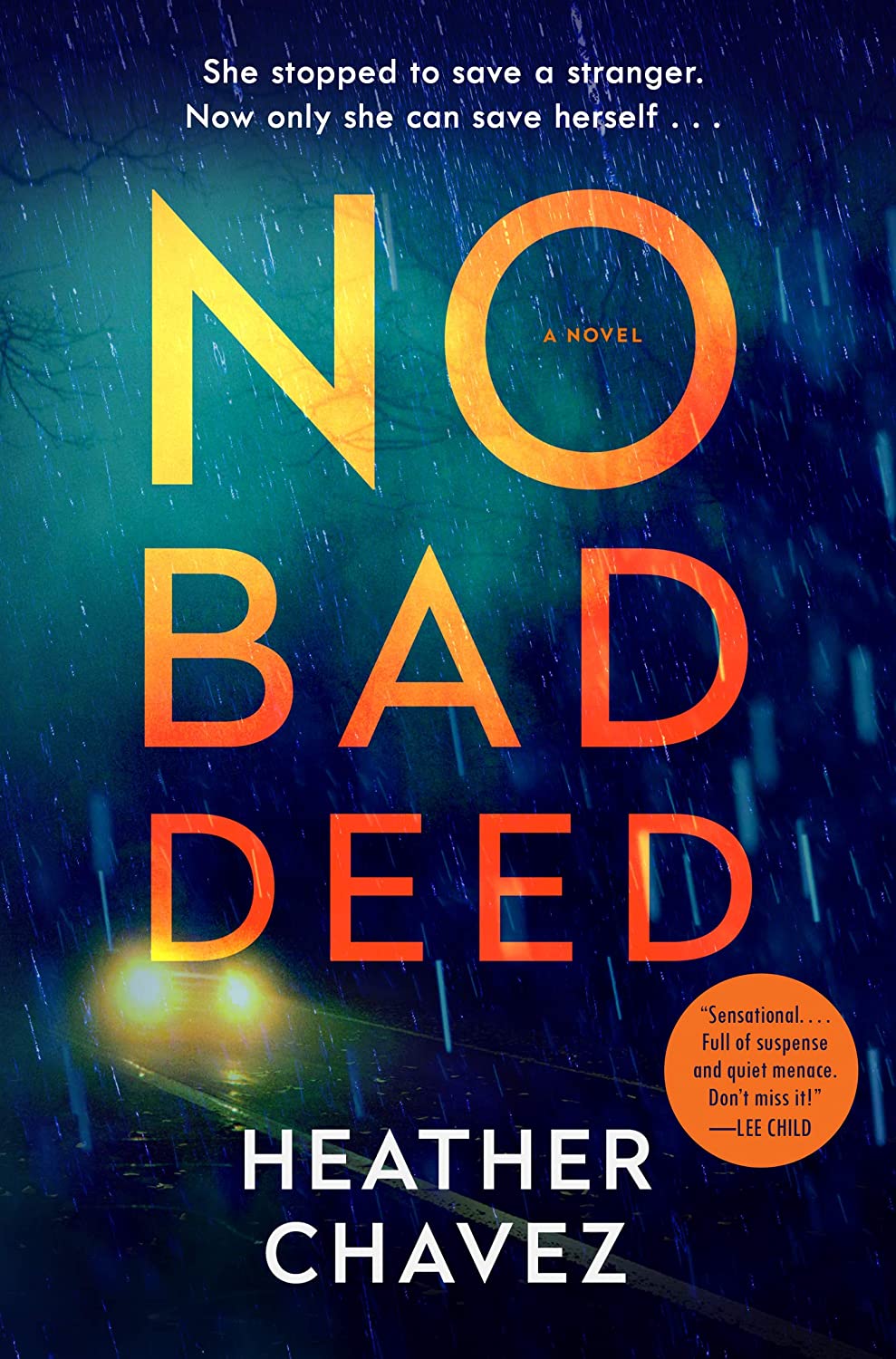 In this suspense thriller by Heather Chavez, veterinarian Cassie Larkin sees a man and woman fighting on the side of the road, while driving home one rainy night. When she chases after the violent man and tries to stop him, he suddenly turns on her and spits out an ominous threat: “Let her die, and I’ll let you live.” The attacker then steals her van, which has all her identification, address and photos of her family. It doesn’t take long for the police to identify the culprit – a criminal named Carver Sweet – though they can’t locate him. The next day, her husband disappears while trick-or-treating with their six-year-old daughter. Is Cassie’s confrontation with the road-side attacker connected to her husband’s disappearance? With all these questions swirling in her mind Cassie can trust no one, maybe not even herself. The only thing she knows for sure is that she can’t sit back while the people she loves are in danger.
The blurb reads, “a thrilling debut about a mother desperate to find the connections between her missing husband and a deadly stalker who knows too much about her own dark family history”.
Read the book excerpt here.
Read more about the book here and buy it here.

“You Are Not Alone” by Greer Hendricks & Sarah Pekkanen 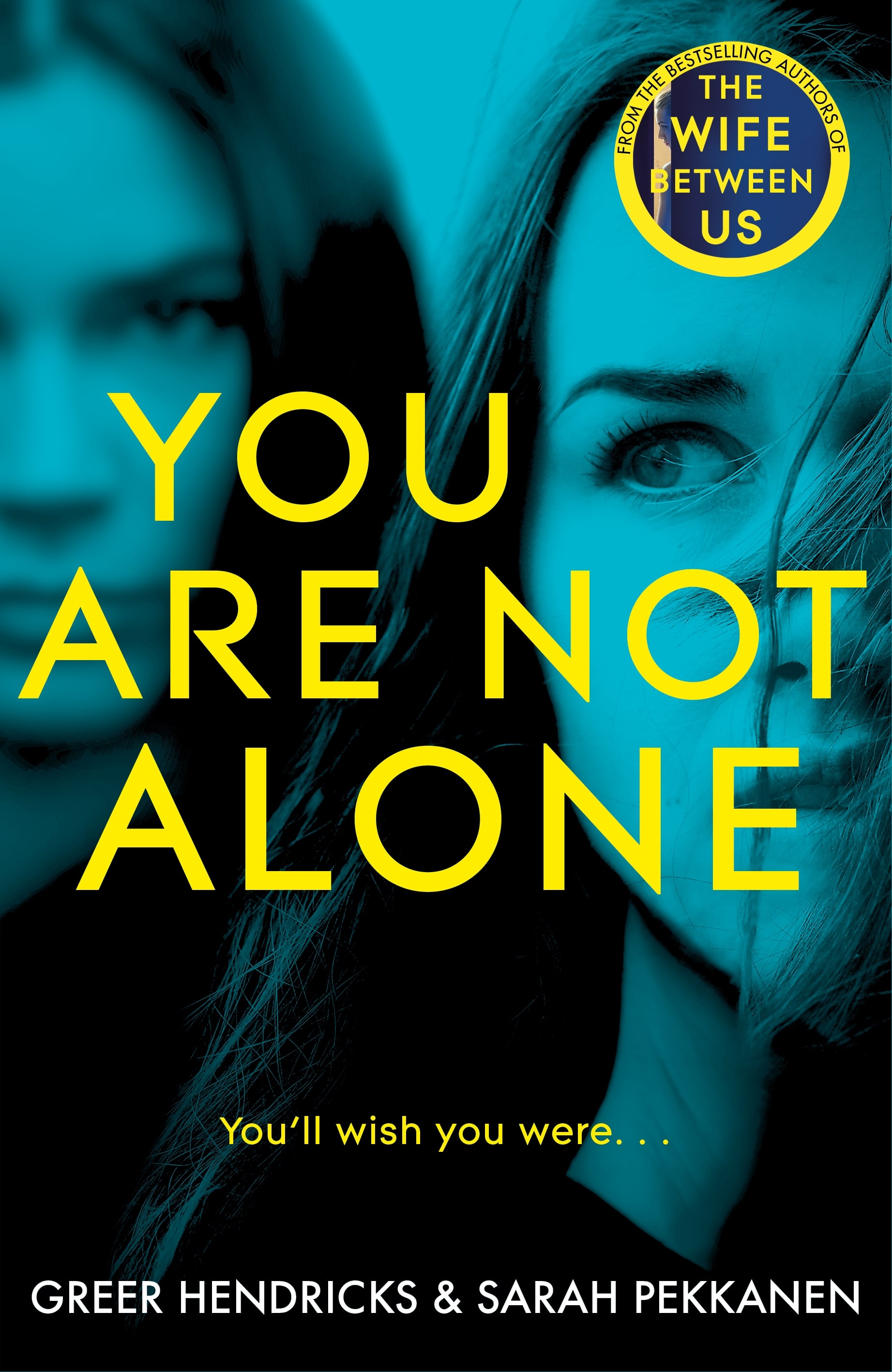 This book by Greer Hendricks and Sarah Pekkanen is a deeply psychological thriller filled with suspense.
The book follows Shay Miller, who has three strikes against her: no job, no apartment, no love in her life. Standing on the platform of a station in the New York subway system, across the track she sees a girl who looks just like her, same clothes, probably doing the same job – then that girl steps off the platform and into the path of an oncoming train. Our protagonist is traumatized but is told of a group for women that help other women through trauma. She agrees to go, their motto is ‘You are not alone’. On the second night at the centre, she opens her closet to find a note pinned to her jacket. It reads, ‘this place is not what you think it is’. What will it cost to receive the help of these people, and what do they really want in return?
Read an excerpt here.
Read more about the book here and buy it here. 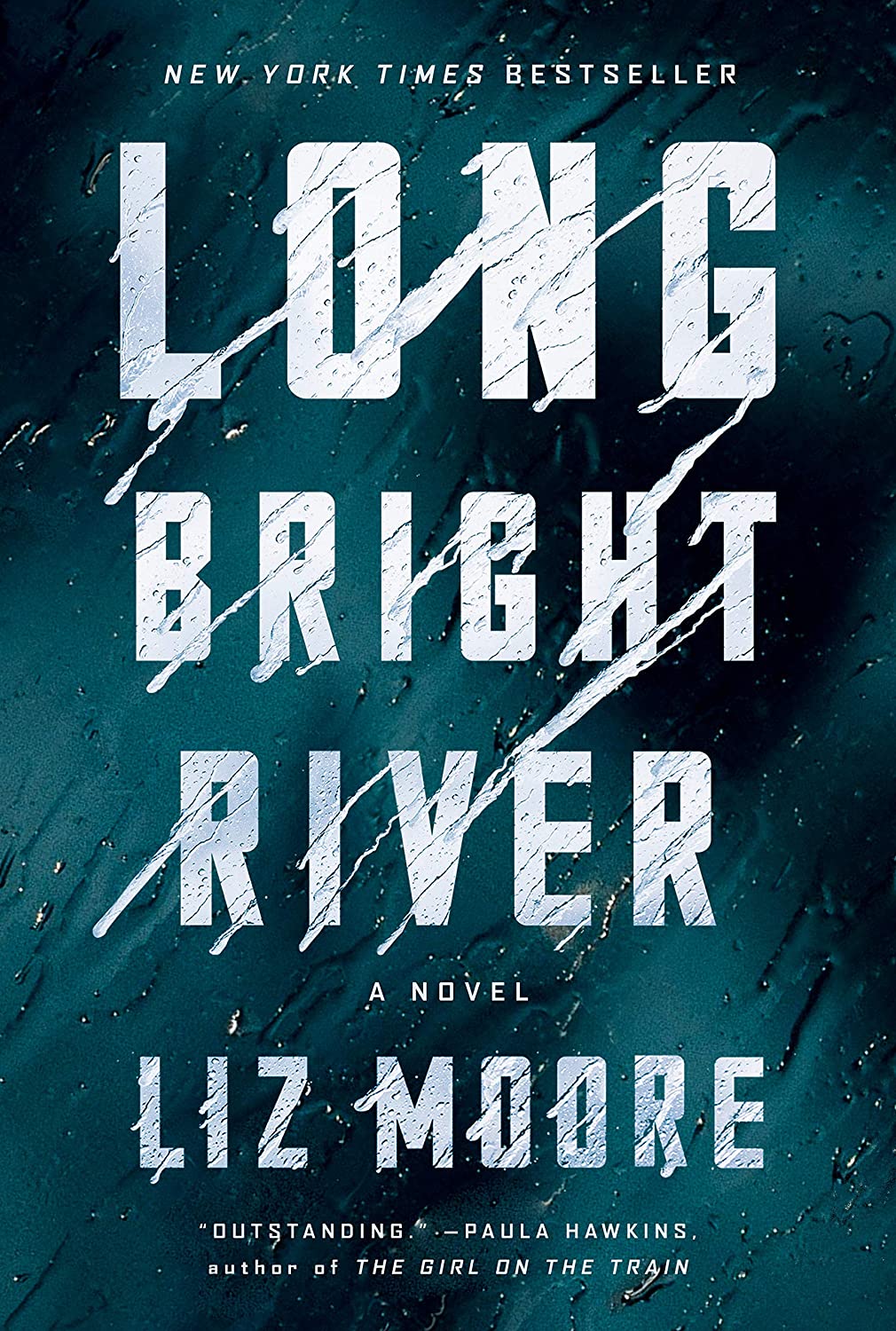 In a Philadelphia neighborhood rocked by the opioid crisis, two once-inseparable sisters find themselves at odds, in this thriller. One, Kacey, lives on the streets in the vise of addiction. The other, Mickey, walks those same blocks on her police beat. They don’t speak anymore, but Mickey never stops worrying about her sibling. Then Kacey disappears, suddenly, at the same time that a mysterious string of murders begins in Mickey’s district, and Mickey becomes dangerously obsessed with finding the culprit – and her sister – before it’s too late.
A review in The Guardian reads – “Long Bright River is being marketed as a thriller, but, as with the best crime novels, its scope defies the constraints of genre; it is family drama, history and social commentary wrapped up in the compelling format of a police procedural”.
Read an excerpt from the book here.
Read more about the book here and buy it here.

Dr Malhotra is Editor, Books and Features at The Dispatch. A medical practitioner, a bibliophile, he calls Jammu home. He has an interest in International Relations and World affairs. He enjoys writing, watching documentaries, and exploring the culture and local cuisines of Jammu & Kashmir.

Combining elements of magical realism and fantasy, the novel "Shakti" is a sharp satire on political corruption
Kabir Taneja on "The ISIS Peril": 'To tackle ISIS and other common terror threats, more institutional cooperation between South Asian countries is needed'