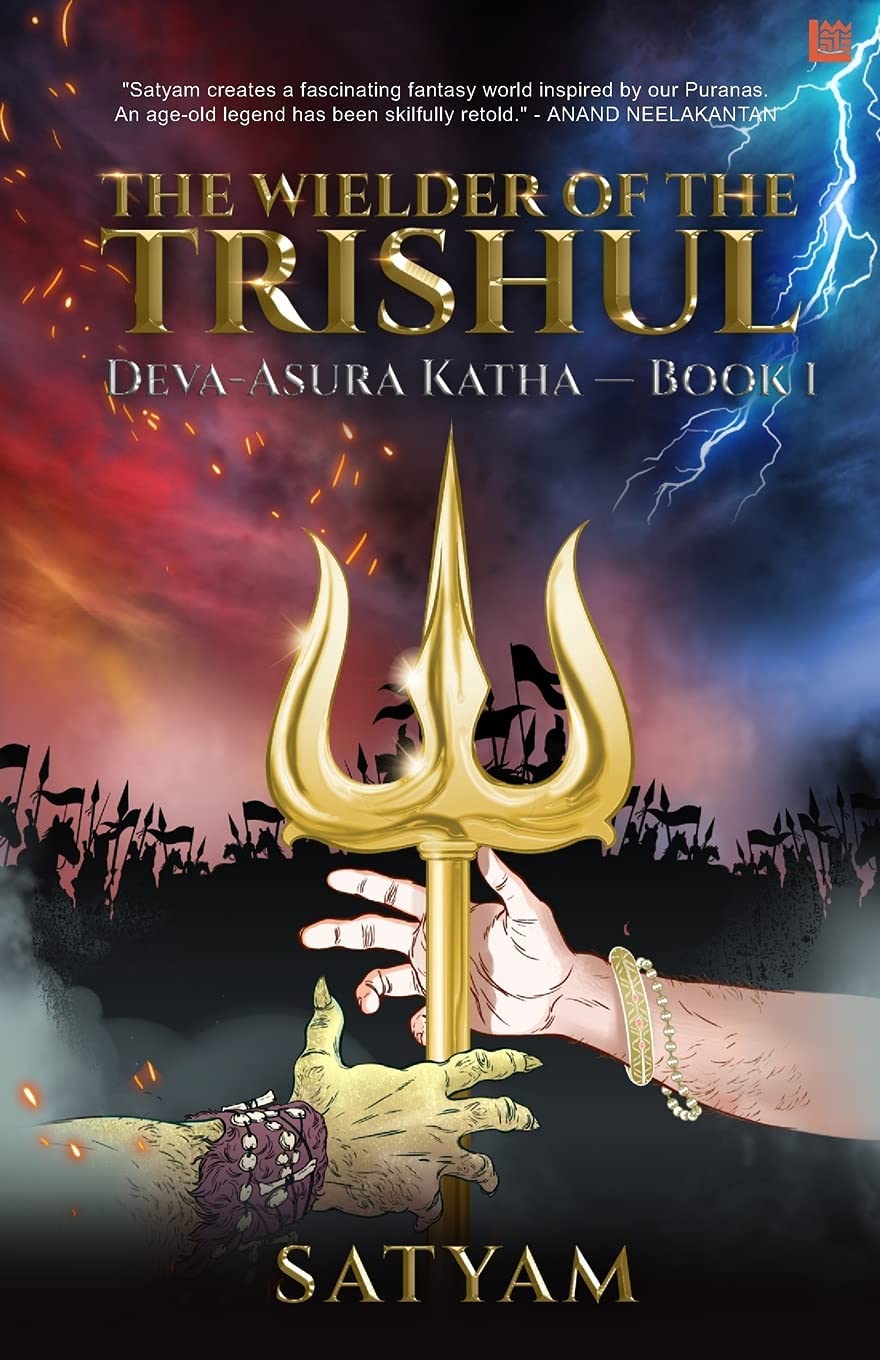 The first thing Satyam Srivastava’s ‘The Wielder of the Trishul’ does, is pleasantly surprise you. You go in expecting a simple retelling of a mythical fight between the Devas and Asuras. But what you get is a race-off between a prince burdened with purpose and a common fighter who must break the barriers of class. As various characters race to wield the most powerful weapon in the world, the story stitches together power struggles and moral debates in an intriguing manner. And believe it or not, this epic tale is only the first in a trilogy of novels — the ‘Deva-Asura Katha’. It sets the scene for what will be a war of gigantic proportions.

At first glance, ‘The Wielder of the Trishul’ may seem like just another rehashing of a mythological tale. But the novel goes on to defy all of these expectations. The thing with retellings of classic stories, is what the reader already knows. We all know about Indra and Vritra. We are aware of Vishnu’s avatars and their roles. Satyam Srivastava takes this knowledge and turns it on its head by placing it in his own fictional world. Here is where he makes the genius digression from other retellings in the genre of mythology — he moulds not just the characters, but also the story. In doing so he has created a complex puzzle, where the reader holds a few pieces in their hands but isn’t sure where they go.

Rather than just being presented with the finished puzzle, it is more appealing to slowly figure out how the pieces in your hands come together. In this way, the combination of the known and the unknown makes for a compelling book. It also keeps the pace high and the pages turning. Every now and then you’ll find yourself gasping at a twist in the tale. Each chapter ends at a precipice that leaves you wanting more, while still being an integral part of the story. For a book whose themes so often border on the philosophical, there is no short of excitement and adventure.

And a huge part of this excitement is credited to Satyam’s fictional world — Dhruva Lok. While the reader comes across familiar features of Hindu mythology including weapons, characters and places, the planet of Dhruva Lok is a treat to explore. His words are adept at painting a picture of the world and its three Loks, namely Siddha Lok, Bhuvar Lok and Angaara. And yet, he doesn’t overwhelm the reader with descriptions. Show and tell are equally, and expertly, balanced here.

Ultimately, it is Satyam Srivastava’s characters that pull you in. Because it’s not just a story about Devas and Asuras, it’s a story about people — complicated and lifelike people. They have dreams, hopes and desires as well as flaws. Their struggles may take place in the fantasy world of magic and astras, but they reflect the struggles we face during our mundane everyday life. Human greed, the extreme love for one’s offspring, the desire to do the right thing, the resolve to honour one’s word, and even the hunger for revenge, are a few of the novel’s emotional threads that most of us will relate to. It is this, the core human element of the story, that makes it totally worth your time.

A lot of this is reflected in the journey of Vritra himself. You open the book expecting Vritra to be the traditional mythological villain — the embodiment of all evil. What you find is a portrait of a man, virtue and flaw both residing within him. Vritra is a person with a strict moral code. He takes a resolute stand against fighting and killing, which is reminiscent, in fact, of most classic heroes. But he soon finds himself faced with an obstacle that makes him question everything. Circumstances force him to break his vow for a peaceful existence and choose between duty and honour. This tumultuous journey makes Vritra’s character a joy to watch. The waves of emotion that carry Vritra from his naive beginning to his destiny, is a spellbinding ride.

Here is a book that doesn’t just ask questions but pushes and coaxes the audience to explore the answers. How sharp is the line between right and wrong? How much should one sacrifice in order to prove one’s worth? Justice and injustice are no longer black and white ideals, but intermingled in shades of gray. ‘The Wielder of the Trishul’ takes its readers on a voyage that makes them question their very foundations. That urges them to look at the world around them with critical eyes, in order to become a better version of themselves. In today’s society, this thriller of a novel that encourages one to look deeper within, is a rare treasure and a must read for everyone.

Read more about the book The Wielder of the Trishul: Deva-Asura Katha — Book I here and buy it here.

Join The Dispatch Whatsapp Group to stay updated
The Dispatch is present across a number of social media platforms. Subscribe to our YouTube channel for exciting videos; join us on Facebook, Intagram and Twitter for quick updates and discussions. We are also available on the Telegram. Follow us on Pinterest for thousands of pictures and graphics. We care to respond to text messages on WhatsApp at 8082480136 [No calls accepted]. To contribute an article or pitch a story idea, write to us at [email protected] |Click to know more about The Dispatch, our standards and policies
TagsLeadstart Publishing Mythological fiction Satyam Srivastava The Wielder of the Trishul 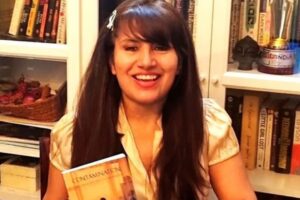 Book: The role Aligarh Muslim University played in the making of the modern Indian Muslim
“Forgiveness Is A Choice”: Kia Scherr’s book is a tender and understanding guide on getting a grip and taking life one day at a time
Comment