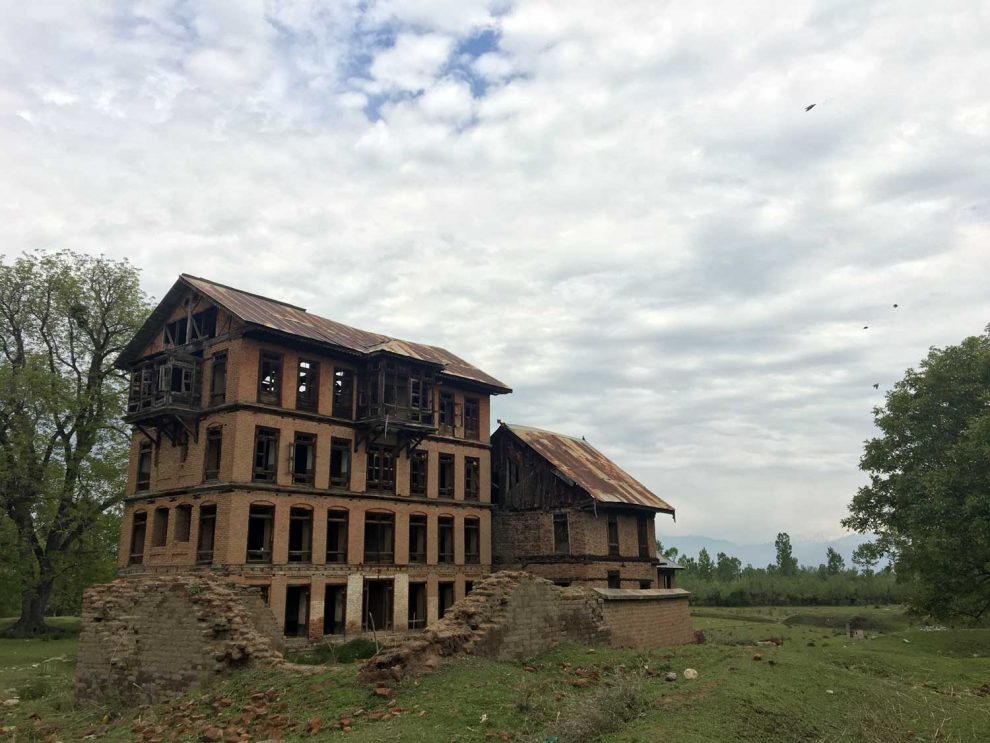 Rashid spent the happiest time of his life at Bandipore, where he was born and schooled. He moved to Srinagar with his uncle for graduation in engineering and then went to Michigan for a doctorate in international politics. He spent seven years teaching at Klagenfurt University, Austria. Decades of teaching experience and exposure to the world shaped him differently from other Kashmiri Muslims. Although he cannot relate to the Azad Kashmir movement, he is saddened by the degradation of his land and people—the people for whose welfare he wanted to work when he came back from Germany.

His idea was to return to Bandipore but his wife was from Srinagar and least interested in moving to a remote region. So they ended up living in the state capital.

After many years, he decides to visit his cousin Muza in Bandipore. Dropping his bags at Muza’s house, he heads directly to Hasan’s house. Hasan opens the door and is surprised to see Rashid after so many years. They hug each other and with hands on each other’s shoulders, enter the sitting room. After the initial catching up on each other’s lives, Rashid asks him about his mother. There is instant seriousness, deepened by the dim light in the room. Hasan sadly says, ‘Mauj has left us.

‘Was she sick?’ asks Rashid.

‘She was not seriously ill but was perturbed and disheartened with this new turn of events and had no will to live any longer’, replies Hasan.

‘What could we do? I am also worried about my children.’ He adds, ‘Niyaz is a graduate while Mumtaz never went to college after completing his higher secondary education. They are both unemployed.’

‘What about your daughters?’ Rashid asks.

‘Shadia is well-settled. Her husband has an electronic goods shop here. We are relieved for her. This winter, we wish to marry off Shaman too. Let us see what His will is….’ Hasan’s voice trails off. Clearly perturbed by the uncertainties in Bandipore, he says regretfully, ‘I should have moved to Srinagar back then.’

He asks Rashid about his kids and wife. ‘Both my sons are studying in a technical institution in Noida and Itika has opened a beauty parlour,’ replies Rashid.

‘God has been kind but peace is elusive and uncertainties are looming everywhere in Kashmir. We all worry about our families. Our boys form clusters and hardly ever befriend boys from other communities. People now have covert agendas which are controlled by unknown forces, unknown persons. We were lucky that we had a sense of geography and cultural familiarity. The rapid pace of change is strange. In our time, we would be happy to interact with tourists, take them home and befriend them with a sense of pride. Nowadays, no one extends such hospitality. There is a valid reason. Interactions with people are shallow and fake. The boundaries are blurred and the conversations are guarded. The human soul is dead. Through digital glamorisation, the modern generation is deceiving itself. They reveal everything about themselves and expose the details of their personal life. They display their illusionary self through social media, as if they are celebrities; in reality, their life is not the perfect picture it seems on Instagram. They need to realise that they can fall prey to organisations sitting in remote locations, hunting for vulnerable youths who can potentially be easily trapped to serve their agenda. Religious institutions also have become centres to catch these teenagers and brainwash them…Digital technology is being used as the main instrument to lure youths into jihadi engagements. We are exposed in such a way that anyone can misuse our willful displays of emotions to control us and channel our energies for their agenda without being accountable’, Hasan says sadly.

‘Burhan Wani became a popular star among Kashmiri youths for his videos encouraging them to join militancy through social media platforms like Facebook. People said that Wani would never be caught by the armed forces and suddenly, we hear about his elimination without any resistance. Everyone is baffled by this idolisation, then mystification and finally elimination. This new trend of youths ready to perish for the cause of jihad is disheartening’, Rashid states.

He adds, ‘What is annoying and terribly depressing is this new phenomenon where families are forced to eulogise the death of their dear ones the moment the dead bodies are brought home. Their wailing and agony are turned into revelry by the presence of mujahideen (freedom fighters) who celebrate the snuffing out of lives. The funeral processions from their homes would resound with songs celebrating martyrdom: ‘Kusund gubar…ghar drav, imis mauja marhaba…Pakistan ka mutlab kiya’ and ‘Saladin say rishta kiya…laillahiallahla’.

‘Something similar happened at the funeral of Faizan, a schoolboy turned militant from Tral who was killed in a military encounter. Songs praising his mother and eulogising the boy’s heroism were sung, as if the elite commanders across the border get vicarious pleasure from the blood-scented songs of these young boys. Faizan was the only son of his parents and his death left his mother distraught. After the funeral, she sat alone in a corner of her house, wailing and cursing the entire Valley, Pakistan, Hurriyat and the police in one breath’, continues Hasan.

He pours out his anguish, unable to stop. ‘The radical Islamists have their international agenda of mystifying the hoor and kasoor. This is how they have brought primordial passions into youthful lives. It is meant to increase the number of armed youth through inducement and glamorisation.

The youth feel that these activities would bring instant fame and money. They will get relief from deprivation without being in a government job. Alas, it is a self-defeating and willful choice in favour of destruction and premature death. Their dreams are far removed from reality. Mass participation has become the new mantra in which public, local militants and non-local commanders with a Hurriyat shield go for the final assault. This system of terror works through a non-state organisation, Difai Pakistan, through which our neighbour has been indirectly experimenting and interfering with Kashmir to bleed India and internationalise the issue. China is accepted as its big brother to weaken India’, Rashid states.

Excerpted with permission from Undercover in Bandipore, Ashok Kaul, Vitasta Publications. Read more about the book here and buy it here.