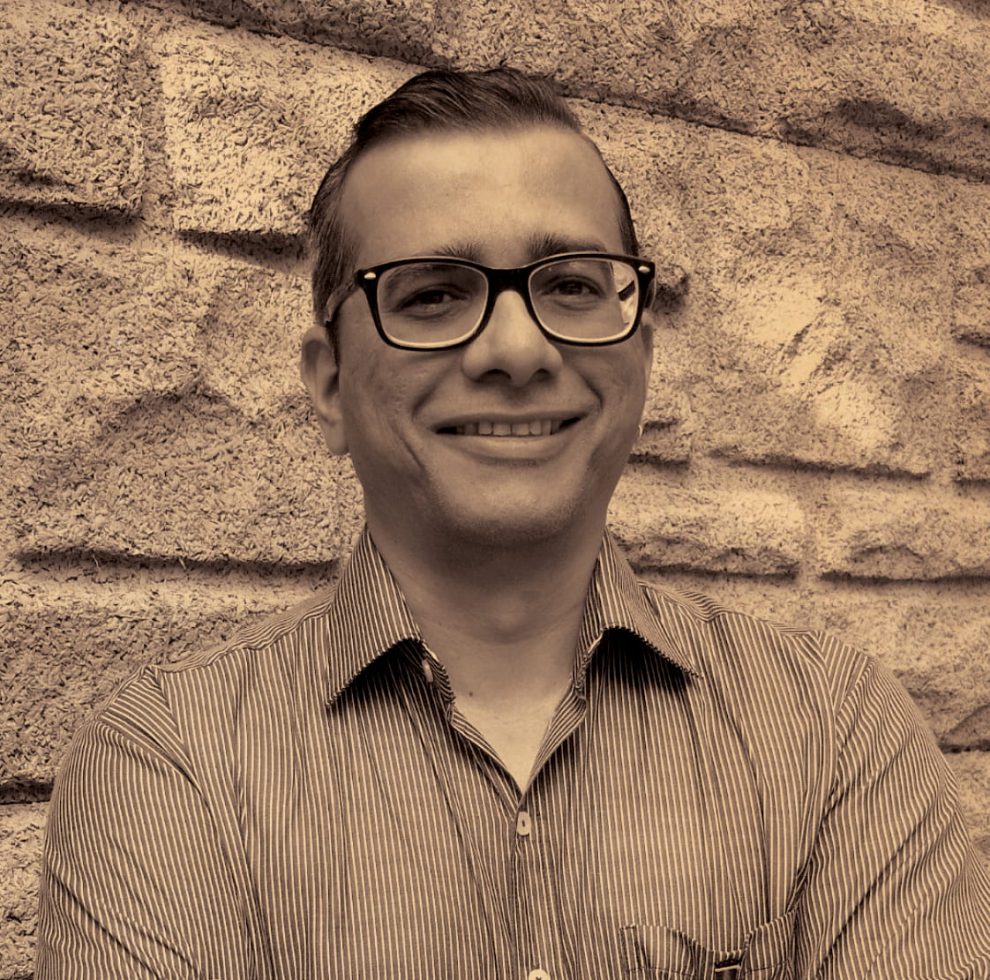 Sleeman and Reynolds arrived in Bhopal on the afternoon of a day when the wind was whipping down from the Vindhyas over the many lakes of the city. It blew away the awnings of shops, and straw from the stacks outside the great timbers and iron spikes of Dehli Darwaza, where merchants and travellers halted to feed their animals after a journey, and to pay tax for their cargo. The wind blew across Sleeman’s face and the dust stung his eyes. It was not cold, for it is never cold in Bhopal, not even on the shores of the lakes in the dead of winter, but there was dust in the air, and Sleeman’s eyes were red. His back was stiff and ached from being on horseback for more days than he cared to count, on difficult roads and terrain.

They had come down from Sagar after making some enquiries. Between Jabalpur and Sagar they had learnt much and little, and had arranged for the incarceration of some arrested men at the camp jail in Sagar, which did not yet have a civilian jail or enough police personnel or inspectors, known as najeebs, for the district.

They fought the wind to the city residence of the agent. The Bhopal Agency was one of those creations of Government House whose reach snaked into the dominions of neighbouring rulers both petty and important. The agent oversaw not only the extensive lands of the Nawabs, but also that of the three rajas of Narsinghgarh, Rajgarh and Khilchipur, small portions of the Scindia’s domains and those of the wary Maharaja of Tonk. There were also minor principalities like Khurwai and Muhammadgarh, and landlords too numerous for Sleeman to be familiar with. Bhopal Agency was sought for, pursued and given as reward to aspirants whose reach was known, on occasion, to exceed their grasp, for what appeared to be certainties in Calcutta became complications on arrival in the princely states.

The current incumbent had travelled in the East on behalf of the Honourable Company and had made a considerable amount of wealth in the indigo and opium trades, before coming down with a severe case of political ambition, and had acquired the Agency some years prior to secretary Macnaghten’s arrival in Calcutta. His haveli in that city was known to have a small fortune in valuable Chinese artefacts, but they were not in much evidence at his house in Bhopal.

It was larger than it should have been, filled with the kind of furniture Sleeman would not have been able to afford with his salary, and with objects which Amelie would not have liked to see in the morning. Also not in evidence was the agent, who had gone to the palace of the Nawab Begum, and awaited them there. Perhaps pressing matters had called him to the palace before Sleeman had arrived. Or perhaps he had been too embarrassed to chaperone them to the palace and therefore be expected to be answerable for their conduct. An agent had to step with care, for there were many interests he had to balance beginning with, in this case, his own.

Sleeman and Reynolds, who were not offered refreshments by the household staff, returned to their horses and rode another half a mile to the palace. It was not large but wellguarded and the morning crowd of petitioners had begun to thin, for the azaan was due to be sounded and official work would be put aside for the interim.

The two officers were admitted through the main entrance into a grand hall, where diwans sat with their assistants and petitioners assembled in front of them. Sleeman and Reynolds were led through this and via a small door to a passage open on one side. Cane curtains had been drawn across the openings, on account of the wind, which still howled outside.

They followed the guards down the passage to an anteroom, where European-style chairs with high backs had been placed. They were asked to wait here. Some time later a young bearded man in fine silk and followed by an assistant entered and greeted them. He introduced himself as a minister to the Nawab Begum.

‘I thank the royal household for permitting this audience. I believe my last letter was delivered a week ago,’ said Sleeman, after wishing peace on the minister.

The agent entered accompanied by his own assistant. The great man was bald, stout, sheathed in silk more expensive than the minister’s and of a brighter colour. On his face was the professional smile of a merchant who had made his wealth from negotiations with courtiers from more complicated polities. Bhopal was a sinecure as far as level of political complexity was concerned.

‘I see you are here, captain. Shall we proceed with the audience?’ he said in English, which was incongruous with the kind of clothes he was wearing, if not with his face.

A man who had gone native in the worst possible way, which was the sign of a type of venal mind, might have behaved thus. But the agent was too well-connected in Calcutta to be accused of venality to his face, so Sleeman gave him the courtesy his rank deserved.

The agent saw in Sleeman a tall officer in uniform, browned by the sun, speaking in perfect Urdu with the minister. They observed this contrast in each other, and let it pass unremarked.

‘I shall see if the Begum Sahiba is free now, huzoor,’ said the minister and left through another door in the opposite wall. The visitors settled down to wait again.

‘I was expecting you earlier in the day,’ said the agent, for want of anything else to say. Sleeman did not know how to reply to this, because there had been no reason for the agent to expect him at a particular time.

‘We went to your residence first, sir, expecting you to be there,’ Sleeman said.

‘I had to be present here. You look tired, captain. Are you well? I hope the rigours of your investigation have not begun to affect your health.’

The minister returned before Sleeman could think of a reply, or determine the tone in which the question had been asked. The minister gestured for them to follow him.

‘Is it necessary for me to be present?’ asked the agent, but he was looking at nobody, so it was not known to whom he had addressed this remark.

‘If you are required elsewhere, sir, we shall not detain you,’ said Sleeman. He was not sure what a political department veteran or a Government House diplomat would have said under these circumstances, but felt this was a safe statement. The agent hurried away, and the relief he felt lingered in the air. The minister could not have missed it, but did not indicate he had noticed anything.

Sleeman and Reynolds passed through the door into the audience chamber. It was lit through open windows, now covered against the wind, which caused a dappled light across the floor. In size it was moderate, as befitted a room where senior visitors could speak without raising their voices to a volume beyond the courteous. Along the walls were thick mattresses and pillows. At the end was a wooden platform. Some distance in front of it two comfortable chairs, twilight in a knotted world 107 made of burnished wood, had been placed for the European visitors. Sleeman noticed the two chairs first. Either the agent’s absence had been anticipated, or Reynolds had been expected to stand. He suspected it was the former reason. The agent was predictable.

On the platform, seated on a mattress covered by a thick rug sat Qudsia, the Nawab Begum of Bhopal. She was twenty-eight, dressed in muted colours, her head covered but with the face visible. Sleeman had been told she no longer followed the purdah, but he had never met her during his previous visits, nor had he ever expected to.

She looked older than her age, but whether this was because of the austerity of her expression, or the natural lines and angles of her face, or the flickering sunlight through the curtains, Sleeman could not tell, nor did he wish to hazard a guess to himself.

Begum Qudsia had been married to the Nawab at sixteen, and widowed a little more than two years later, under circumstances which had haunted her ever since. Now she ruled, and her untrammelled powers were supported by Government House, where she had many admirers, for they were the kind of men who liked powerful women at a safe distance from the orbits of their own powers. What Sleeman knew, from his understanding of local politics, was she had no difficulty in dealing with lesser men like the agent.

Now she greeted the two officers with a courteous nod. The minister asked them to take a seat, and stood by their side while she finished dictating to a scribe. Then she dismissed her attendants and turned to Sleeman.

Excerpted with permission from Twilight in a Knotted World, Siddhartha Sarma, Simon & Schuster India. Read more about the book here and buy it here.

Book Excerpt | Inheritance: This novel features the story of a family struggling to preserve tradition in the face of an ever-changing nation
COVID-19: 09 patients die, 512 test positive in J&K
Comment