When his fifth international call of the morning to Kathmandu went unanswered, Raghu Mehta gnashed his teeth. He felt like smashing his phone on the floor, but stopped himself just in time, realizing how much he’d paid for it.
Outside, he kick-started his archaic Bajaj scooter, which the mechanics had begun refusing to even look at when Raghu took it to the garage for technical malfunctions. Thankfully, it started without a problem that morning and he sped off to his shop. A quick ten-minute ride later, he arrived at his destination. He opened the shutter and entered the cluttered space. He was in no mood to indulge window-shoppers today.
Over the years, Raghu had developed the ability of accurately categorizing customers into casual browsers, serious shoppers and pesky onlookers. He lit an incense stick next to a stupendous Radha-Krishna bronze idol, then sauntered towards the far end of the shop and brought out massive banners that read ‘SALE’ in several different fonts in red. He strategically positioned them all at various spots by the shop entrance. Then he dumped the big-ticket items in the front. He wasn’t going to tread the age-old technique of marking up prices by thirty percent and then offering a twenty-five percent discount. Seasoned customers would see through it immediately. He wasn’t savvy enough for them anymore.

Raghu had been itching to get rid of a large part of the inventory and potentially floating something new – a new line of business. He’d thought of myriad options in the past months. As he kept weeding out ideas, he realized, much to his dismay, that his only speciality was an utter lack of talent. All he knew was how to run a small-scale business. He’d been doing it for decades, but it hardly translated into anything that’d look great on a business card.

To his left was a sweet shop that specialized in jalebis, rabdi and besan laddoos among other stroke-inducing desserts. The high point of Raghu’s day was to indulge in some rabdi to beat the 2 p.m. slump and curse Adarsh Patel – the owner of the sweet shot – under his breath. Raghu harboured great disdain for the man. Ten years into their marriage, Patel’s wife had left him and run away with a younger chap who ran a swanky Chinese restaurant on the outskirts of the city. Patel had been down and out till recently, when his libido resurfaced. Ever since then, he’d been lusting after Raghu’s wife. Raghu despised him with passion.
To his right was a shop that sold religious items and clothing – saffron robes for men and women, as well as the long white fabric worn by everyone from pundits to monks, and colourful dupattas with golden and silver trimmings for goddesses. Hordes of people stopped by this shop every day. The usual process of these shoppers was yanking out a list given by pundits from the temple for a home puja, and buying everything on it. They’d then almost always check out the freshly prepared goodies at the sweet shop.
The impulsive shoppers, which Raghu had calculated to be 11 per cent of the total number of people who came to either of the two neighbouring stores, would stop by his shop as well. These were mostly women looking to either add an idol or a statue as a showpiece in their homes or buy them as gifts, mostly for newlyweds. On a good day, which meant the Sunday preceding a festival or good wedding muhurat (auspicious hour), somewhere between twenty to thirty customers stopped by Raghu’s shop. Half of those would begin by appraising the large idols, then asking for the medium-sized ones, and eventually settle for the smallest size. On top of that, they’d haggle endlessly and lowball audaciously.

Hence, it wasn’t as if even the occasional high volumes led to high profitability. The margins were slim and the local women had become subject matter experts in bargaining over the years. If one succeeded in getting an exceptional bargain, she was sure to spread the word and send ten others his way, all of whom would then attempt to squeeze Raghu for the last penny. He often succumbed to these murky mind games.

The phone rang, interrupting his slew of thoughts. It was his Nepali distributor, finally calling back.
‘I’ve been calling since morning,’ Raghu barked into the phone.

‘Yes, yes. I saw the missed calls,’ the distributor, Bishnu, said rather nonchalantly. ‘I was tied up. In any case, I was going to call you today.’

‘The stock from the past three months is almost intact. I’m going to send it back. No one wants to buy Nepali idols here anymore,’ Raghu complained.
‘Listen—’ Bishnu began, but Raghu was out of patience.
‘And I need more of the smaller murtis. Those are the only items that sell lately.’
‘I have some terrible news.’ Bishnu interrupted in a sombre tone and sighed. 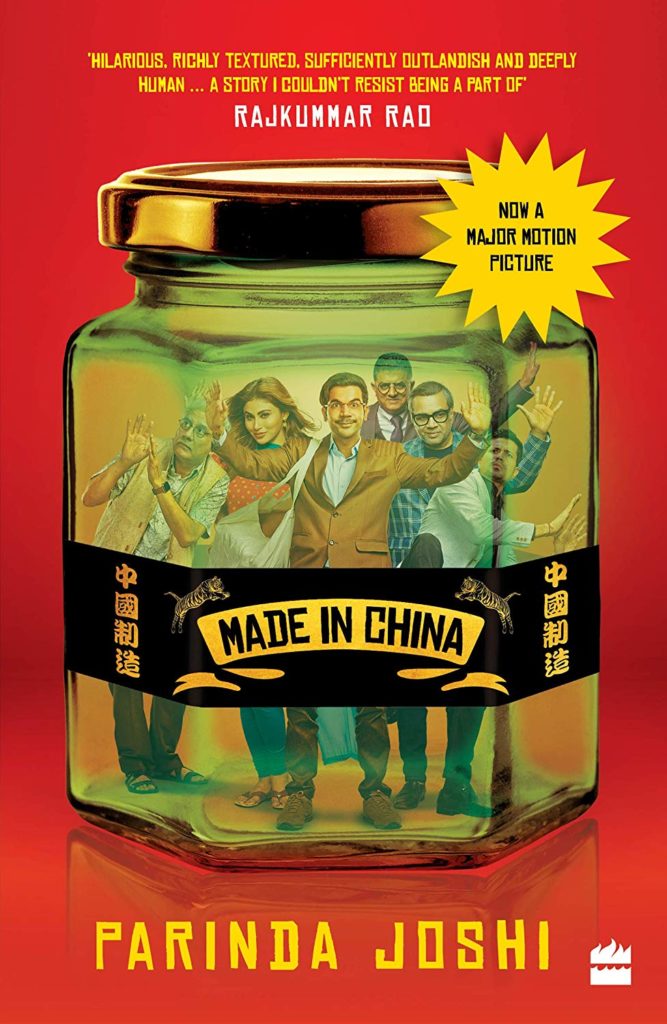 Excerpted with permission from Made in China, Parinda Joshi, HarperCollins India. Read more about the book here and buy it here.

Swansea University Dylan Thomas Prize 2020: Madhuri Vijay and Meena Kandasamy on Longlist of the coveted Prize
Aditya Iyengar on "Bhumika": 'This feminist re-imagining of Ramayana has a lot of contemporary relevance'