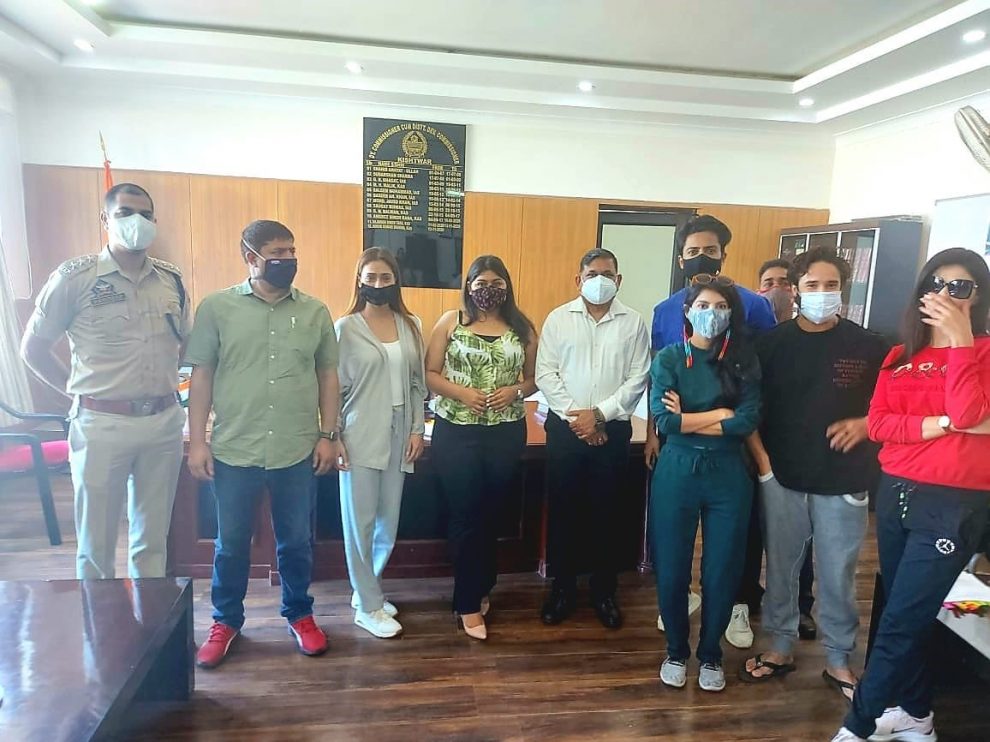 Jammu: As peace is almost restored, the film industry has started visiting the picturesque destinations of Union Territory of Jammu and Kashmir.

The crew member of “Barood” web series being shot under the banner of Anusaya  World Films, have reached one of such beautiful spots–Kishtwar–situated along River Chenab in the Union Territory.

The Associate Producer Mohsin Bhat and Raashid Zaffar Doolwal as Legal advisor of this project accompanied the star cast from Television and Bollywood including Sara Khan, Abhilash Kumar, Nikita Sharma and Reehan Roy.

The crew discussed with DC their upcoming Hindi web-series titled “Barood” being produced under the banner of Anusaya  World Films.

They said that the shooting will be held at different locations of District Kishtwar and mostly in the beautiful Paddar valley.

The Associate producer of the web series briefed the Deputy Commissioner about the project and hoped that the shooting of the new web-series in District Kishtwar will open the venues of opportunity for the local artists to showcase their talent and capabilities on such a big platform.

The DC thanked the crew members for choosing District Kishtwar as realistic location for their upcoming Web series “Barood” with a purpose to give fillip and promotion to the local tourism sector.

He expressed hope that the shooting of web series in the picturesque landscape of Kishtwar shall definitely attract  other producers of Bollywood industry  to shoot their movies here.

He further assured all possible support and cooperation as well as coordination from District Administration for successful completion of web series.

He asked the crew members to follow all protocols/guidelines besides COVID-19 appropriate behaviour in letter and spirit.

He wished that the crew members shall have an enjoyable and unforgettable time at Kishtwar.

Lieutenant Governor Manoj Sinha headed administration is also soon coming up with Film Policy to attract more people from parts of the country and also to engage the local artists.