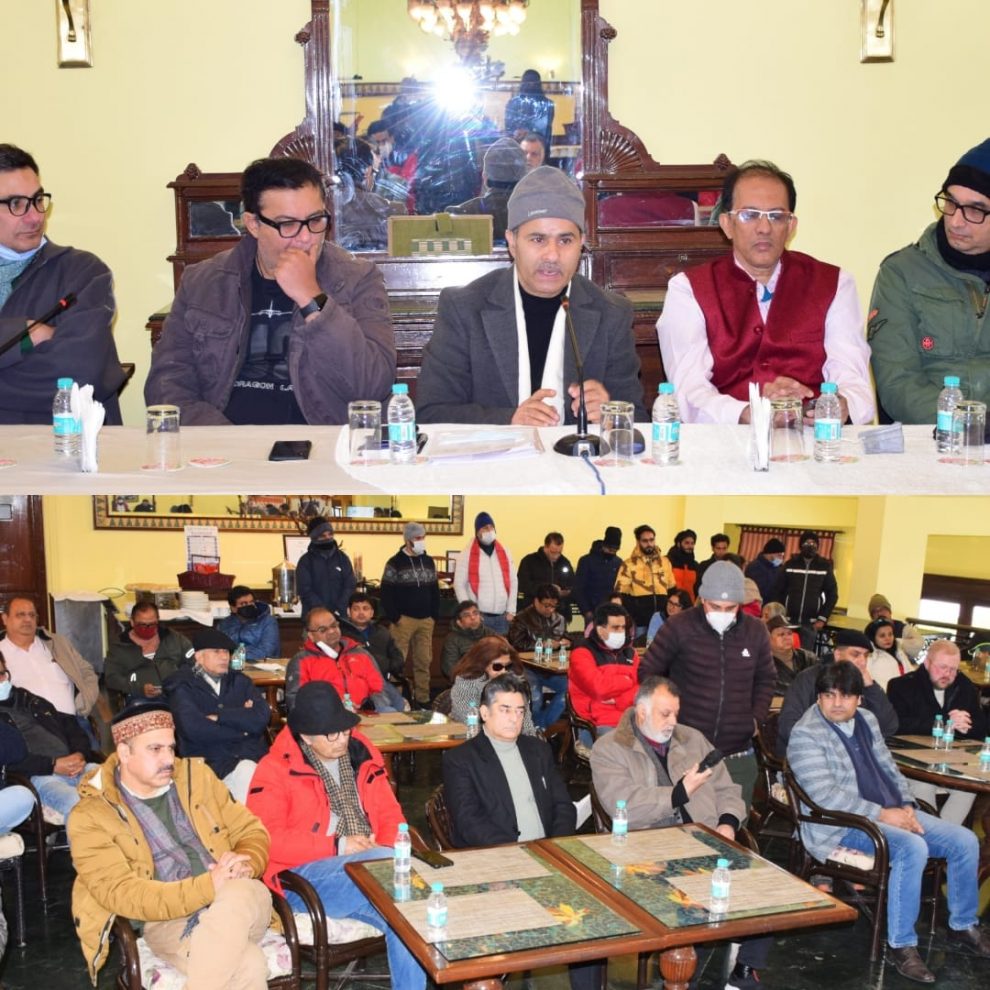 SRINAGAR, JANUARY 30: The Bollywood producers on a FAM trip to Kashmir Saturday held a series of interactions with the local travel and hospitality sector, line producers and artists  in Srinagar and Pahalgam and assured them that they would utilise their services in their future films to be shot in Kashmir.

Popular film producer Aashish Singh said their visit to Kashmir was very fruitful and will revive film shooting in Kashmir to its old golden days.

“We had an amazing experience in Kashmir.  We talked to every sector here associated with the tourism and film industry which has given us an insight about our new future films. We will bring many film crews here to revive our old association with the Valley when many blockbusters were shot here,” he said.

He said their FAM trip has been wonderful due to the excessive snow here. “We will take back beautiful and great memories with us and come back with film units,” he said.

Singh said the government is also willing to support them and they are looking forward to a lasting relationship with the J&K.

CEO of Producers Guild Nitin Ahuja assured that they will take on board local stakeholders and artists and provide them ample opportunities during their shoots in Kashmir.

President Travel Agents Association of Kashmir (TAAK) Farooq Kuthoo, Jammu and Kashmir Tourism Alliance Chairman Manzoor Pakthtoon besides some renowned film makers and producers of Kashmir were also present in the meeting and discussed with visiting delegation about opportunities for the local industry in the upcoming Bollywood projects.

Later, the delegation of visiting film producers left for Pahalgam where they took a tour of Betab Valley where popular film Betab was shot and also saw the facilities at Pahalgam Club.

Director Tourism Kashmir Dr. G N Itoo gave a detailed information to the delegation on how the J&K Government followed all SOPs while facilitating tourists in Kashmir after opening of the tourism sector across the country under current pandemic.

He also assured them that the tourism department would facilitate film makers in Kashmir for their hassle-free shootings.

A 24-member delegation from big banners of Bollywood had arrived here on January 27 and visited Gulmarg on January 28  and Pahalgam today to explore the locations for the film shooting.