Gulmarg, Feb 07: The Bollywood celebrities who attended a two-day winter festival at Gulmarg in north Kashmir’s Baramulla district said that the film crews will make a major comeback to the valley, stating that the people of the valley are filled with love and warmth.

The two-day winter festival was organised by the Indian Army that witnessed Skiing, Snowmobile, ATV race and snow cycling, besides cultural performances by renowned artists of Kashmir.

Addressing reporters on the side-lines of the festival, GoC Dagger Division, Virender Vats, as per news ag said that the event was organized to provide a platform to local artists to showcase their talent and to provide a fillip to the tourism industry in Kashmir and lend support to the people who rely on this industry.

He said that this two-day event included adventure sports, music, and the promotion of Kashmiri handicrafts.

“We are happy that friends from the film industry including Arbaaz Khan, Vidya Balan, and Siddharth Roy Kapoor graced the occasion and provided an encouragement to the local youth since these personalities are achievers in their chosen field. The enthusiastic participation witnessed will go a long way in sending a message that Kashmir will emerge from the COVID-19 and is ready to welcome the tourists once again and Indian Army is happy to support the endeavour,” he said.

Meanwhile, Arbaaz Khan while talking with the reporters thanked the Indian Army and said that it was an honour to be among the brave hearts in Kashmir.

Terming himself unfortunate, he said that it was his first visit to Kashmir as he has not been to this place before. “I feel very unfortunate to have not visited the most beautiful place. Kashmir is truly amazing,” he said

To a question about the comeback of Bollywood to Kashmir, Khan said that the films are shot based on the subject and if there is anything for this location it will be done definitely.

“Few of the Bollywood movies/ albums were shot here recently and with a great atmosphere here more people will come. Everything here is very safe and secure because of the Indian Army,” he said.

Talking to reporters, actress Vidya Balan refreshed her memories and said that her parents had come for a honeymoon in Kashmir. “I have travelled almost all the parts of the world but never got to see and witness such an amazing place like Kashmir,” she said.

Meanwhile, Siddharth Roy Kapoor said that the hospitality of the Army and Kashmir has been incredible and Bollywood will be definitely coming to Kashmir very often to shoot.

“We intend to come here very often and bring the film crews here. We will bring Kashmir back to film industry the way it was in the 1960s.”

He added that Kashmir has tremendous talent and a delegation from Bollywood recently visited the valley. “I’m very confident that the film crews will make a big come back to Kashmir,” he said

Meanwhile, an Army spokesperson in a statement said that the event was organized after two years and aptly announced the re-opening of Kashmir to the world.

The spokesman said that the Indian Army has always maintained a great connection with the local people and this is yet another instance of the Army supporting the aspirations of Awaam for a future of hope, prosperity & peace in the valley. 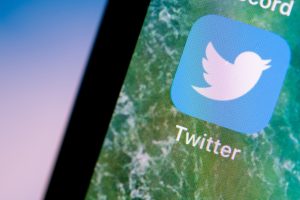