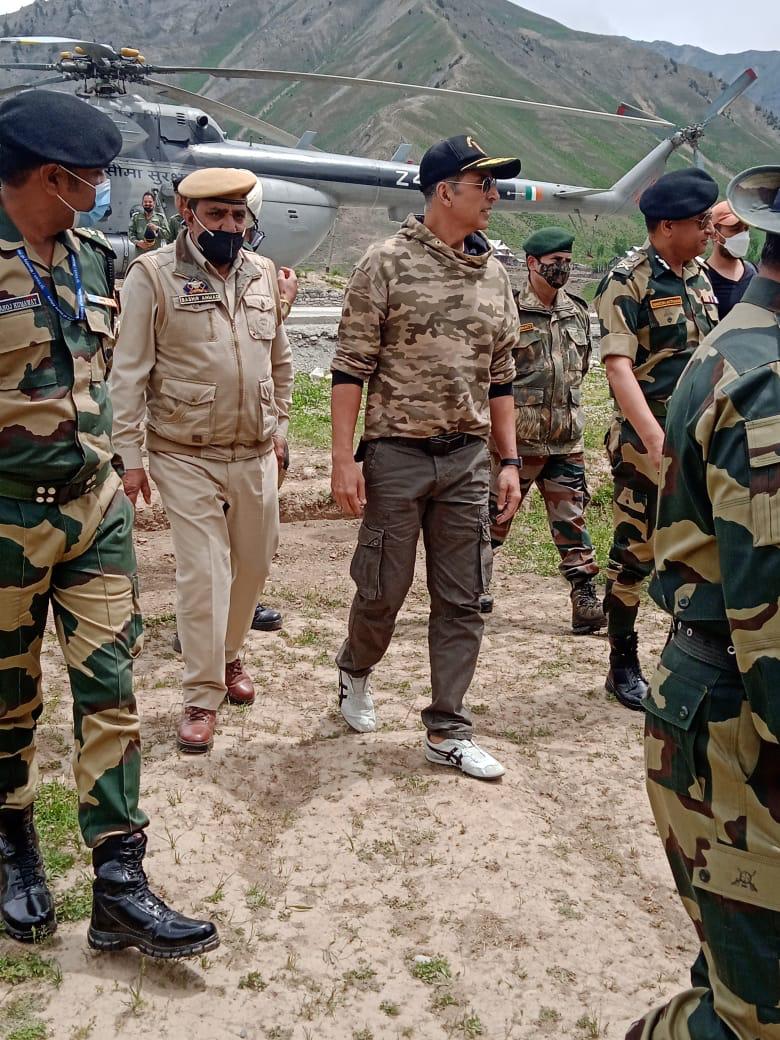 BANDIPORA, June 17: Famous Bollywood superstar Akshay Kumar on Thursday arrived in Neeru village of Tulail in North Kashmir’s Bandipora district to meet the soldiers of Border Security Force and army who are guarding the Line of Control (LoC) in the Gurez valley.

They said that Akshay Kumar visited Neeru village which is located near LoC in the remote Tulail valley of the Gurez sector.

“He interacted with the jawans of army and BSF at Neeru to boost their morale and also danced with locals at a function organised by BSF unit. Besides he interacting with children,” they said.

The BSF in a tweet said that the Bollywood actor met BSF Director-General Rakesh Asthana and the duo visited forward areas and interacted with BSF troops deployed at the forward posts.

DG Asthana paid floral tributes in a solemn wreath-laying ceremony to Seema Praharis who had given the supreme sacrifice in the line of duty. Akshay accompanied the DG BSF and he too paid homage to the fallen braves.

“As the country is entering into the 75th year of Independence, @akshaykumar once again comes to meet the #bravehearts guarding the borders. Here he arrives at one of the forward locations of @BSF_Kashmir on #LoC (sic),” the BSF tweeted along with the video.

Taking to Twitter Kumar posted a picture with a caption, “Spent a memorable day with the @BSF_India bravehearts guarding the borders today. Coming here is always a humbling experience meeting the real heroes My heart is filled with nothing but respect (sic),” he said.

Gurez area, along the Line of Control (LoC), remains cut off from the rest of the world through the Kashmir valley due to the accumulation of snow along the Bandipora-Gurez road—(KNO)