Brainless action thrillers and some non-conventional films did well in the fading year. Last year or rather the passing year proved to be a mixed bag for Hindi film industry. But it did put a new star on the horizon, young Ayushmann Khurrana.

The year began with ‘Uri: the surgical strike’ a ‘war genre’ film based on the events which took place in 2016. Terrorists attacked a post of Indian security forces resulting in many deaths. Few days later Indian Armed Forces destroyed ‘launch pads’ of terrorists in the Occupied Kashmir region. The film narrates these events in fictionalised manner. Initially, the film did not get much response but after its release the Pulwama attack took place. Thereafter, it raised curiosity, the movie pulled crowds and became a ‘super hit’ as far as box office collection is concerned.

‘The Accidental Prime Minister’ a film based on the book by Dr Sanjaya Baru with the same title was released in the beginning of the year. It was critical of former Prime Minister Dr Manmohan Singh’s functioning and his relationship with the Gandhi family, particularly Congress President Sonia, which obviously suited the BJP at the Centre. Obviously, the Congress was peeved but fortunately for it neither the storyline of the movie could attract filmgoers nor were the critics enthusiastic about it and as expected the film flopped.

‘PM Narendra Modi’, a film based on the early years Modi was released to coincide with the General Elections. Producers were probably trying to encash on his popularity and were expecting a huge business. But the ‘public’ had a different idea and they could not accept Vivek Oberoi in the lead role. It was a neglected product. In fact, there was more publicity around its release with the Supreme Court dismissing an appeal to delay it as Opposition cried foul saying it was propaganda and the timing would influence voters. It asked them to approach the Election Commission, which did stop the release till the end of the mega elections. It’s reasoning was allowing the film could affect level playing field.

Last January saw the release of a big budget film ‘Manikarnika: Queen of Jhansi’. As the name suggests it is a historical film about the warrior queen Lakshmibai of Jhansi. The film was mired in controversy over the directorial credit of the film. Lead actress Kangana Ranaut claimed to be the director of the film but Krish, a film maker from the south was originally at the helm of the project. Though it managed to collect over Rs 100 crores, still it was not called a ‘hit’. 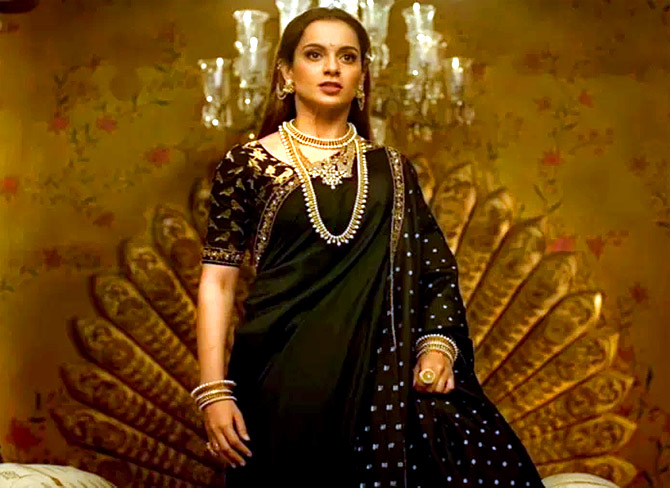 Kangana had another release last year. ‘Judgmental Hai Kya’ was earlier titled ‘Mental Hai Kya’  and was meant to talk about psychological problems. But the audience turned their back to the film and it did average business.

Hrithik Roshan also had two releases. In ‘Super 30’ he appeared in de-glamourised role. The film is also based on a true story of a mathematician from Patna (Bihar ) who runs Super 30 programme for IIT aspirants in the State. This Vikas Bahl directed film did very well in the northern belt and collected over Rs 200 crores.

Another Hrithik starrer ‘War’ has one more lead player, Tiger Shroff. This ‘Spy-Action’ fare was criticised by all sections of the media. Still this brainless thriller became a super hit with collection over Rs 300 crores, a fact astonished trade analysts.

Akshay Kumar proved once again ‘lucky’ with ‘Mission Mangal’. A film inspired by ‘ISRO’s mission to Mars. The film has no action or romantic scenes, yet it attracted a sizeable number of filmgoers to collect over Rs 190 crores. ‘Kesari’, again an Akshay starrer war-action film is loosely based on a battle and a character from the British Raj period also proved to be a ‘hit’ with a collection over Rs 200 crores.

‘Housefull-4’, the fourth installment of the franchise attracted harsh criticism. It has no ‘comedy’ and looks foolish, yet it astonished film circles by amassing over Rs 200 crores. Akshay Kumar plays a major role in it along with few others. With this film he wrapped up one more successful year.

Ranveer Singh going piggy back on ‘Bajirao Mastani’ and ‘Padmavat’ gave consecutive ‘hits’ with ‘Gully Boy’. The film narrates the struggle of an aspiring young ‘rap’ singer who hails from a slum in Mumbai. It’s obvious the film connected with today’s youth in India and went on to accumulate nearly Rs 250 crores. 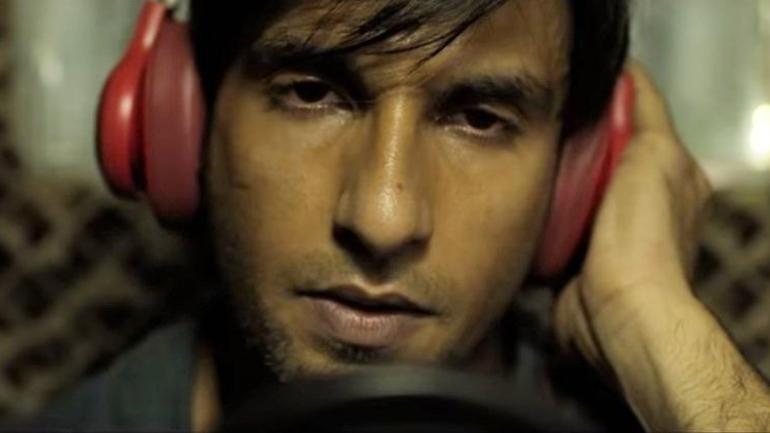 Sunny Deol produced and directed ‘Pal Pal Dil Ke Paas’ to launch his son Karan. This so-called love story turned out to be a miserable flop. Similarly, Sunjay Dutt’s ‘Prasthanam’, his one more ‘come back’ attempt was a disaster. But Shahid Kapoor’s ‘Kabir Singh’ was a surprise success.

Batla House, a film narrating an incident that took place in 2008 timed its release on 15th August. This encounter between the police and terrorists created quite a political storm back then. The John Abraham starrer invited mixed reviews but earned a decent sum and was declared a hit.

Apart from Kangana, no actress had any remarkable film as such. For Amir Khan and Shahrukh Khan also it was a filmless year. But Salman Khan’s ‘Bharat’ released on Eid, as is his custom, did very well despite content wise being a below average film.

But it can be safely said that real winner of the 2019 is Ayushmann Khurrana. He is still basking in the success of ‘Andha Dhun’ and ‘Badhaai Ho’. Andha Dhun also fetched him a National Award this year. He is famous for portraying unconventional roles. His ‘Dream Girl’ was a big hit in 2019 where he plays a man impersonating a girl through ‘female voice’. He accepts this call centre job because he is unemployed. The film itself did not win critical acclaim but his performance was praised by all. The film eventually grossed over Rs 200 crore.

By the end of the year, two films with ‘baldness’ as the central theme were released. One is ‘Ujda Chaman’ and the other ‘Bala’. Ayushmann features in ‘Bala’, which grossed over Rs 100 crores. So he is now a ‘bankable’ star too. ‘Ujda Chaman’ failed to attract the audience.

The Hindi film industry has been experimenting with new subjects and form, a trend clearly seen in the last two-three years. Some projects witness success, either commercially or critically. Many films earn good money because now there are various ways to sell ‘these products’ worldwide. However, very few of these are remembered later. Still a question arises, why a mindless film, full with gore and violence is termed as ‘successful’? Honestly, there are no answers.