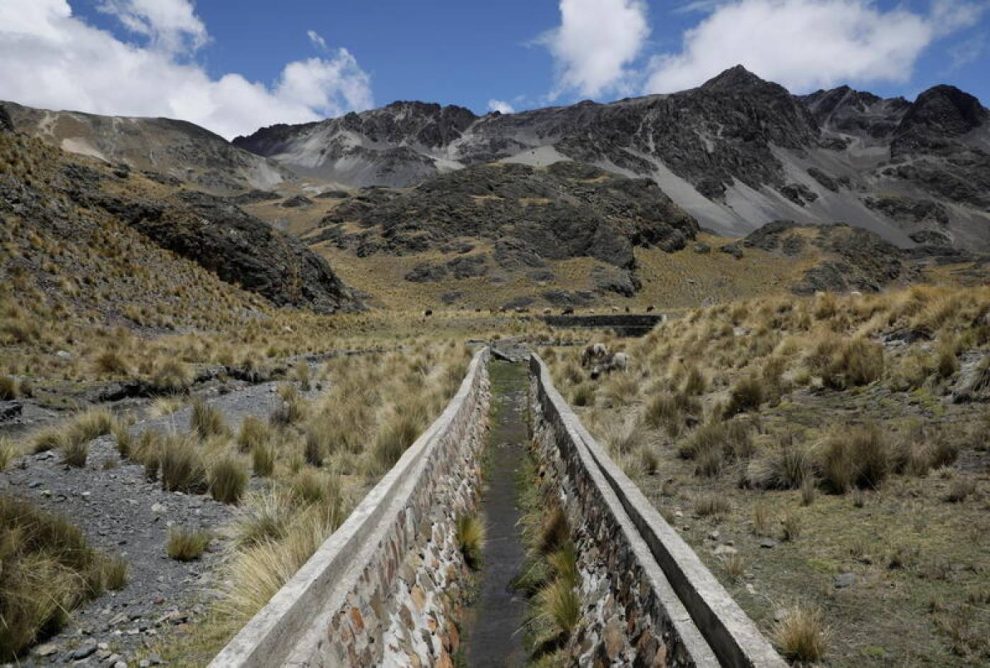 Scientists from the Universidad Mayor de San Andrés (UMSA), who monitor the Tuni and other regional glaciers, told Reuters the once sprawling glacier had been reduced to just one square kilometer.

Where once they had predicted it would last through 2025, now they say its disappearance is imminent.

“This entire sector was once covered with ice,” said Dr. Edson Ramírez, a university glaciologist. Across much of the glacier´s former path, now only discolored rock remains, exposed for the first time in centuries.

Though the glacier has been receding since the Little Ice Age, when massive ice fields topped many Andean mountains, the fast-changing climate has accelerated the process, according to the Bolivian scientists.

The changing climate and fast-disappearing glaciers have coincided with a move from the countryside to the cities of Bolivia, researchers say, pressuring already faltering water sources.

Yola Choque, who grows quinoa in the town of Viacha, about 25 km from the city of La Paz, says his crop has suffered.

“It has not rained for months, I think it must be due to climate change, that is why Pachamama (Mother Earth) got angry and it does not rain,” he said in his native Aymara language.

Meanwhile, El Alto, the city sister to the capital La Paz, is growing at approximately 5% per year, according to glacier scientist Ramirez.

While the populations located at the foot of the Andes do not depend entirely on water from Bolivia’s high Andean glaciers, the mountain ice has fed rivers used for irrigation of crops and at least 20% of La Paz’ water supply, the scientists say.