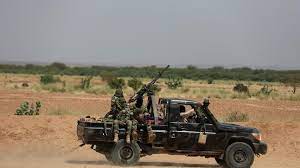 With the Nigerian government confirming the death of Abu Bakr Shekau, the notorious leader of Boko Haram, in late August 2021, the future of the terrorist group looks bleak with its strength reportedly “significantly weakened” in the recent months.1  Its breakaway faction, Islamic State West Africa Province (ISWAP) which has claimed responsibility for killing Shekau during a confrontation in Sambisa Forest on 19 May 2021, seems to have capitalised from the situation, as its ranks have swelled and menace spread across large parts of West Africa.

Of the many crimes perpetrated by Boko Haram under Shekau, one of the most painful legacies relates to the method and extensive use of female suicide bombers that could become an unfortunate template for terrorist groups to emulate in the future.

Child Abduction for Revenue and Recruitment

Boko Haram carried out its first suicide bombing when they targeted the Nigerian Police Headquarters in 2011. The benefit of precision that so-called “human bombs” offered was unequalled than any other tactic for the terror group, however, it did not want to sacrifice its own trained fighters for the job.

By 2013, Boko Haram had come up with a more inhumane solution. It started abducting schoolchildren and turned them into innocent carriers of death. The group started attacking schools imparting Western education. In 2014, the group abducted 276 schoolgirls from Chibok town in northeast Nigeria. While this abduction gained global notoriety for Boko Haram, Nigerian forces did little to rescue the girls from captivity.2  This further encouraged the group to carry on with its tactics of raising little human bombs, preferably girls as they generally evade suspicion of security agencies.

The abduction of children also became a source of revenue for the group as it started seeking ransom, selling them into slavery, or using them in exchange for the release of its imprisoned members. Some of them were even forced into marriage with Boko Haram fighters. Thereafter, the group saw potential in turning boys into regular fighters, and girls into potential suicide bombers.

Boko Haram used their first female suicide bomber in 2014, two months after the abduction of Chibok schoolgirls and stuck to its strategy of using them solely for suicide attacks.

There were both tactical as well as strategic reasons for turning girls into suicide bombers.3  Female suicide bombers turned out to be a low-cost, low-tech and low-risk option that required little training and had the advantage of being relatively undetectable.

The element of surprise which is vital for carrying out suicide attacks increased with the use of girls and women as bombers.4 Exploiting the stereotype of women being less assertive, thereby potentially less dangerous, made them the ideal weapon in the hands of Boko Haram.5 The difficulty in inspecting young religious women wearing a garb also helped Boko Haram in using them as suicide bombers. With better access to markets, crowded localities, places of worship and other soft targets, women suicide bombers provided a “sick” but useful strategic option. Pregnant or seemingly pregnant women became an even greater cover.

Boko Haram also exploited the social stigma attached to abducted women and the near impossibility of being accepted back in a conservative society. In fact, there have been many instances when women returned to the terrorist camps after being rescued from the group. The psychological and societal pressures faced during an attempted return to society proved unbearable.

The media coverage of terrorist attacks, which generally plays up the story of female suicide bombers, turned out to be another factor behind the strategy of using women bombers. The use of women and children in direct combat or suicide missions was also aimed at creating a certain amount of sympathy for the terrorist cause as the two represent the more vulnerable sections of society.

In 2017, The Economist reported that Boko Haram had surpassed the earlier dubious record-holder, the Liberation Tigers of Tamil Eelam (LTTE), in terms of using the highest number of female suicide bombers in history.6

According to Amnesty International, the mass kidnappings have led to the closure of 600 schools in Nigeria.7 The UNICEF figures show that 10.5 million children aged 5–14 years are not in school due to the fear of Boko Haram.8

Many of the rescued women, who managed to escape from the clutches of Boko Haram have described the evil treatment meted out to them by the terror group in lurid details. Once kidnapped, a woman is given three choices: get married to a fighter, receive weapons training and become a fighter, or become a suicide bomber.9

Many women fear they will be stigmatised even if they manage to return to society and so they often opt for marriage. After intense indoctrination, some adopt a more radical path. There are still others who understand the deviousness of the Boko Haram narrative, and even rebel against the terror group. There have been instances when women added crushed glass powder in the food of the fighters, killing several of them instantly. Some even managed to detonate their vests in open spaces to avoid killing innocent people. It is for this reason that they are often heavily drugged when sent on suicide missions.

Women in Boko Haram camps are heavily exploited. Rape is used as a ploy in a “deliberate attempt to produce progeny”.10 They are also forced to cook food for the fighters in the camp. Women in the group form their own hierarchy following their marriage to high ranking fighters. They also take part in the abuse of newly abducted women.

However, Boko Haram is not the only terrorist organisation to have used female suicide bombers. Chechen Black Widows, Al Shabaab, Taliban, Women’s Military Wing and Birds of Paradise under LTTE, Islamic State (IS), Hezbollah, al-Aqsa Martyrs’ Brigades have all employed women as suicide bombers, but the West African terrorist group clearly took this atrocious crime to alarming heights.

The reported death of Shekau may herald the imminent end of Boko Haram, but the impact of its heinous atrocities, particularly its use of female suicide bombers, has set a dangerous precedent for other terrorist groups to adopt.

The article first appeared on of the website of IDSA and views expressed are of the author. 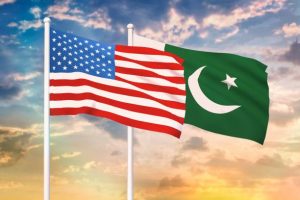 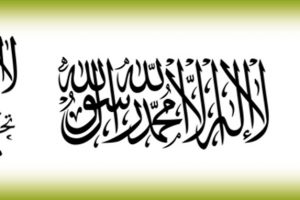 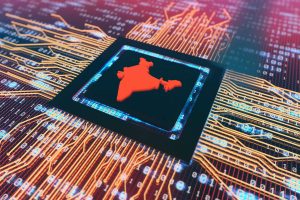