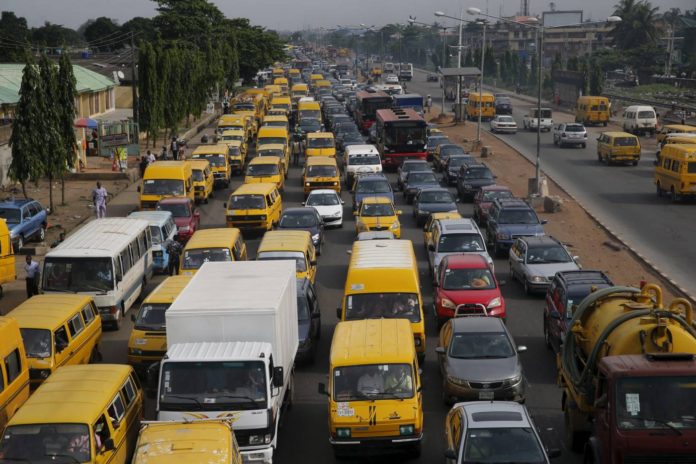 By Vincent Desmond and Rachel Savage

LAGOS: After swapping nude photos with Blessing on WhatsApp, Chioma set out to meet her prospective lover but was accosted on the road by a man in military uniform who accused her of “lesbianism”.

The man told Chioma he was going to strip her naked and take her to the Nigerian police, as instructed by Blessing’s father, a senior army official, as same-sex relations are a crime punishable by up to 14 years in jail in the west African nation.

“I started begging him and asking him what he could do to help me because I didn’t want to go to prison,” said Chioma, a student in her early 20s, who declined to have her real name published.

But the man took her to a hotel where he raped her.

The online world is opening up LGBT+ Nigerians’ hidden lives – with gay-friendly websites and private groups offering anonymous spaces where they can come out and connect for the first time – but it is also exposing them to new kinds of abuse.

Two months after the rape, the man threatened to post Chioma’s nudes online unless she paid a 2 million naira ($5,249) bribe, a terrifying prospect for many LGBT+ people in Nigeria, where homosexuality is widely rejected as a Western import.

Unable to pay, Chioma decided to come out to her family.

“For the first time ever, I felt super strong because I knew I had my family and friends in my corner,” she told the Thomson Reuters Foundation from Lagos, Nigeria’s commercial capital.

“I still feel like I am being monitored. Every single day, I wake up and wonder if today is the day. I am always waiting to see that text message of blackmail.”

While lesbians have traditionally been less of a target for blackmail than gay men, LGBT+ Nigerians said this may be changing as women become bolder about building online communities and meeting strangers for friendship and sex.

“There aren’t that many lesbian ‘kitos’ happening like this in Nigeria,” said the founder of Kito Diaries, a website that warns LGBT+ people about online scams, known as kitos.

“That kind of story, they’d never use it to get a gay man. We’ve become so used to this, to being victimised,” said the man, who declined to have his name published for security reasons.

The Thomson Reuters Foundation interviewed two other women who were targeted online this year in Lagos by a woman called Blessing and a man in fatigues.

Faith, 22, texted her brother who rescued her before she could be forced inside the hotel.

“If my brother didn’t know about my sexuality, or had hesitated in the slightest or wasn’t close, I don’t know what would have happened,” said Faith, who declined to have her real name published.

A third woman, aged 25, told the conman to take her to a police station but he called her father instead – at which point she realised it was a scam.

The man took her to a disused bus station, where he hit her in front of a crowd of onlookers, telling them she was a lesbian, until her father – a retired military man – arrived.

The two men talked in private and she was released.

“I’ve been traumatised by meeting people on the internet,” she said, adding she would never make friends online again.

Faced with such risks, some young lesbians have found the confidence to come out with more positive representation online and a softening of attitudes among friends and families.

“Things are getting better,” said Faith, whose brother helped her escape the WhatsApp scammers. “The major reason things have changed is the internet; a lot more people are out on the internet and that humanises us somehow.”

Pamela Adie, one of Nigeria’s most prominent lesbian activists, broke new ground with her 2019 documentary about her life and plans to release Nigeria’s first lesbian love story, “Ife”, online this year.

Like a growing number of young LGBT+ Nigerians, Freda said she lives in a glass closet – meaning many people know she is a lesbian but it is not publicly acknowledged.

“I have only queer friends; almost anyone that looks at me guesses I’m queer,” said the 25-year-old software developer, who has short hair and dresses in a masculine way.

But she is too scared to tell her parents she is gay.

“I’ve heard stories of people coming out to their family and the family locking them up at home and calling a pastor to chase ‘the gay’ out. I hate to say it but my family is very likely to do that … so I keep myself very away,” she said.

“I have friends with progressive families though, some take their partners to see their families and stuff. It’s nice seeing some of us thrive here and live functional lives.”

Young lesbian and bisexual women said they value the digital world for the opportunities it provides to network, find emotional, practical and financial support and, for some, to get the courage to go public about their sexuality.

“When I came out in 2017, I was able to do that because I found women who were like me – those who had already come out,” said Marline Oluchi, who helped organise Pride Afrique, the first continent-wide virtual celebration this month.

“We also have our families on social media. They get to read (our posts) and so that plausible deniability is no longer there … they can no longer pretend to not know.”

Nike runs an LGBT+ WhatsApp group which rallied round to find housing for one member when she was outed to her mother.

“It made me so happy that we could do this, that we had this. It is risky business, and Nigeria is Nigeria, but being in the group and having the network is just amazing,” she said.