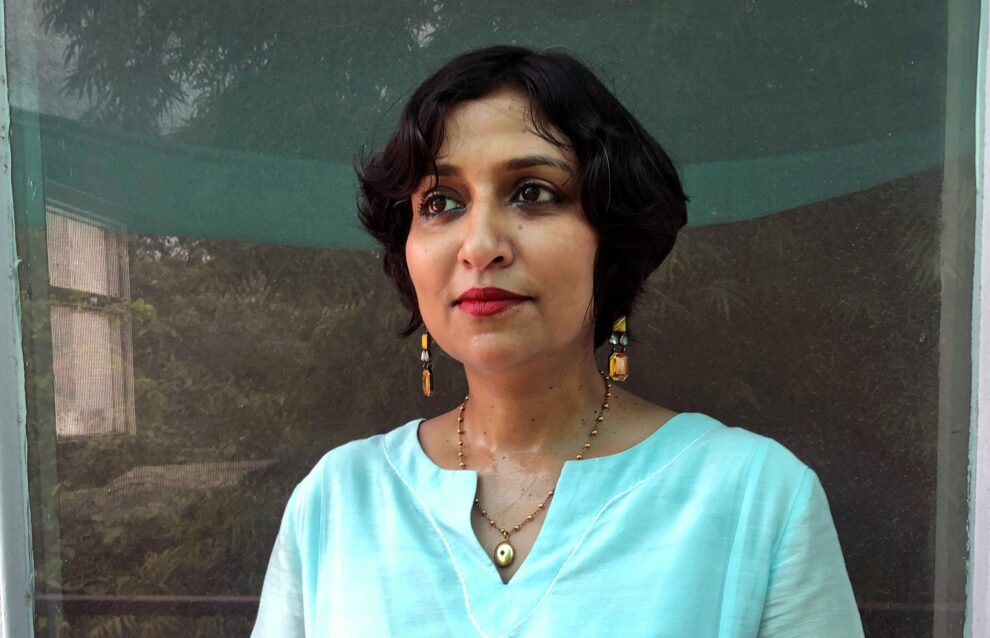 For the first few months after Chand reaches Delhi, he shares a small room in Wellcome Colony with Khalid, who works as a loader for a trucking company. ‘Small’ and ‘room’ are euphemisms, just as ‘Wellcome’ is one of those fading Delhi colonies that does nothing to justify its name. ‘Hope Building’ is a grim, grey place; ‘Sunlight Colony’ is pressed up against a mass of industrial buildings and old mills; and Wellcome is a closed maze of narrow, rough- paved lanes, forbidding concrete sheds, open drains and half-installed electric wiring.

Their ‘room’ is a sliver of space about the width of the doorway. When one turns over in his sleep at night, the other perforce has to turn, as though they are roast chickens on a spit. But they come back so tired from their jobs as loaders that they barely speak to each other, just a nod, a muttered half-greeting in the mornings as they leave for work.

Chand learns that Khalid has a wife, Rabia. But this part of Wellcome is only open to single men, and the wife lives elsewhere for the time being.

The roll of rupees Chand had brought with him, and which he guards carefully from pickpockets and slum thieves, disappears at a rate that alarms him—on rent, and on as little food as he can make himself accept. He scrapes his needs back, searching for used razor blades, using sand and reetha nuts instead of soap, but the bundle that seemed kingly when he arrived at Wellcome dwindles and dwindles. His wages arrive in fits and spurts, and then at the end of summer, the foreman delays payment for over nine weeks.

He cannot go back, returning broke and worn down to lap from the bowl of his father’s charity. And Delhi, filthy, crowded, brutal, a city where even the crows have a calculating glint in their eyes and will snatch a piece of bread from out of their fellows’ beaks, has begun to exert its pull on him.

Chand has never seen so much being built so fast. He has never seen so many people flowing in and out of each other’s spaces, never heard so many languages eddying around him. The air crackles with dreams. Most of them are doomed to failure, but as soon as one unspoken dream dies, a thousand other migrants arrive with theirs, filling the air with a current of unceasing hope and burning longing.

At home, he is Chand. Rooted to one spot, one way of living, the pattern of his years charted as surely as the path the plough takes across his field. Here, he hurries through the ITO crossing, breathing in air that has been breathed out by thousands of others, brushing shoulders with strangers he will never have to know or even think about again, connected only by their inhalations and exhalations.

Up on the footbridge, he looks down at the city, the swirling crowds, the puttering scooters, a trundling double-decker bus, motorcycle taxis festooned with passengers. He can feel himself becoming just one of many, at liberty to shape his life in any manner that he chooses. Anonymous, unknown, free. No, he cannot go home, cannot make himself do it, though the hunger has started to drive him to an edge he has never inhabited before.

One evening, Khalid returns to Wellcome early. He sees Chand squatting at the edge of the dump, sifting through the garbage, sees him retrieve a few onion skins, shaking off the papery peel, and a stale, tattered roti, sees how his roommate folds these discards together and eats them slowly.

The next night, he says casually to Chand, ‘Heard of a job at a friend’s shop. He’s a butcher, Badshah Miyan, a Qureishi butcher. He’s looking for a cleaner, sometimes takes a few Hindu boys on for that kind of work if they’ll do it.’

Chand is startled. Kindness is a scarce commodity in the city, not to be squandered but to be handed out judiciously, traded for favours that he’s in no position to offer. He tries to thank Khalid, but the man shrugs, says, ‘We’re not strangers,’ and falls instantly asleep.

Excerpted with permission from Black River, Nilanjana S. Roy, Context. Read more about the book and buy it here. 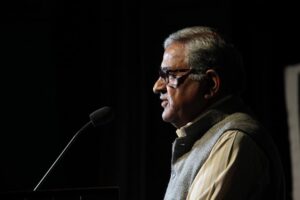 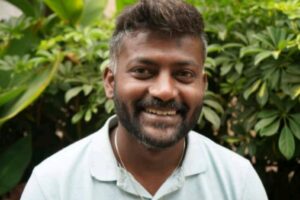 The role of sports in developing Life and Leadership Skills: The story of Revanna Marilinga

How can it be ensured that India’s under-privileged are insured?
What exactly happened in Jammu and Kashmir in 1947-48?
Comment