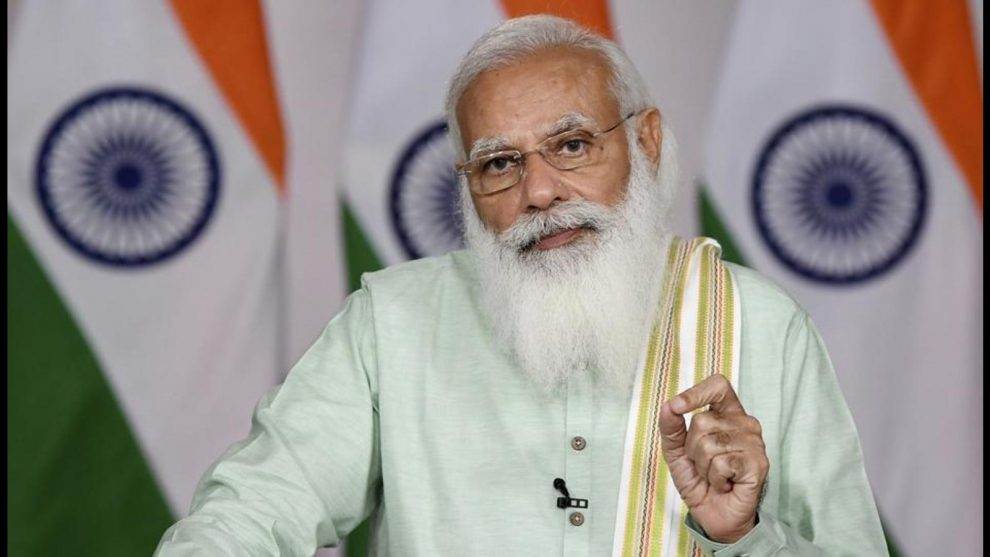 General Election 2024 is still far away, but it hasn’t stopped political parties from devising strategies to prepare well for the big battle. After the return of Mamata Banerjee-led Trinamool Congress for the third consecutive time by defeating Prime Minister Narendra Modi and Home Minister Amit Shah-led BJP campaign in West Bengal, the third-largest contributor of seats – 42 –to the Lok Sabha, the Opposition has since upped the ante against the BJP.

At the same time, fissures in the Opposition have started emerging as Congress, which by now doesn’t have much of a track record, remains suspicious of parties such as the TMC, which is now more vigorously employing tactics of poaching on its leaders in Tripura and Assam, moving beyond the borders of West Bengal.

Aware of the upcoming challenge, the BJP after the devastating second Covid-19 wave, which undoubtedly has reduced the popularity of Modi and BJP, has been working on various fronts to fix the glitches present within it. One, has been Modi government’s first big Cabinet reshuffle and expansion, which saw the exit of some heavyweight ministers, including the then Health Minister Harshvardhan, replaced by Mansukh Mandaviya. This has been largely seen as an admission by the Centre of its mismanagement and mishandling of the pandemic, despite State governments, both BJP and Opposition-ruled, too being equally responsible. Importantly, India’s slow vaccination has been pushed into top gear with Mandaviya going into damage control.

Two, not the central level alone, the BJP is also busy revamping its States’ leadership. This year, party headquarters and top brass so far have replaced four Chief Ministers in three States. In Uttarakhand, it replaced Trivendra Singh Rawat with Tirath Singh Rawat, who within four months was replaced with Prem Singh Dhami. Assembly elections in the hill State are only six months away. Close on the heels of change in guard here, the BJP leadership went for a similar exercise in Karnataka, replacing BS Yeddyurappa, the man who built the party, with Basavaraj Bommai. And then followed Gujarat, home State of both Modi and Shah,  with Vijay Rupani being replaced by Bhupendra Patel.

The justification for all these changes was stated to groom GenNext within the States. This is entirely not wrong. Take Dhami’s case for instance, who has become the youngest Chief Minister of Uttarakhand. But the question is why Dhami wasn’t given the hot seat when Trivendra was being replaced? Playing musical chairs within four-five months can’t be termed as a well-crafted strategy and it does reveal the failure of the central leadership to pick up a credible leader to lead the State.

In case of Gujarat, Rupani was asked to go at a time when elections are just 14 months away. First, it was Anandiben Patel, the successor of Modi, who had to leave the post within two years and later it was Rupani, who had to go after five years. BJP under Rupani had swept the State in both rural and urban body polls held early this year, before the onset of the 2nd Covid wave. But his government, which was sensing simmering anger, although much less than before, was under grave pressure of the influential Patidar community. Notably, the new Cabinet under Bhupendra doesn’t consist of any previous minister. The revamp, it appears was undertaken by the BJP, which has ruled the State since 1998, to counter anti-incumbency as well as appease a significant vote bank.

Three, the BJP under Modi-Shah is now being seen as promoting new leadership after coming to power in some States, though the strategy has often been to break the monopoly of dominant castes. In Jat-dominated Haryana, it made Manohar Lal Khattar, a non-Jat, the Chief Minister and in Maratha-dominated Maharashtra, it had selected Devendra Fadnavis, who comes from the Brahmin community, which accounts for only 4% population. In tribal-dominated Jharkhand, the BJP made a non-tribal, Raghuvar Das, the Chief Minister. Out of these, while Fadnavis has been successful in establishing himself as a leader, Khattar hasn’t been so lucky as he continues to face the ire of the Jat community. Insofar as the Raghuvar experiment is concerned, it proved futile in Jharkhand.

In the recent changes, the party didn’t actually follow its strategy to break the monopoly of dominant castes as seen in Gujarat, where the new Chief Minister is from the influential Patel community. In 2016, during the height of the Patidar agitation, BJP dared to replace Anandiben, a Patel, with Rupani, coming from a minority Jain community, which accounts for only 1% of the State population. In Karnataka too, despite the speculation in the media about the probability of a non-Lingayat leader replacing Yeddyurappa, the party chose Bommai, a Yedurappa protégé and a Lingayat, which is one of the influential communities.

Recall, last year  saw the return of Babulal Marandi, first Chief Minister of Jharkhand to the BJP. Out of 28 ST seats, the BJP won just two  under Raghuvar in the 2019 Assembly elections. This did offer a definite lesson to the party, which persuaded Marandi to come back within its fold. It even made Marandi the leader of Opposition, although the Speaker is yet to recognise him for the post.

Interestingly, the party is now gradually recognising that Modi’s name alone won’t help it be victorious in State elections. Despite tall claims and the hard work put in by Shah, the BJP failed in West Bengal. It has now replaced Dilip Ghosh, as State president with Lok Sabha Member Sukanta Majumdar. One of the major reasons for its defeat was the lack of a Chief Ministerial face and that Ghosh’s controversial bytes to the media further harmed the BJP’s image. What the top brass leadership failed to accept was that it was equally responsible for the party’s performance and chose to ignore State leaders’ views.

Another major concern that emerges is the growing culture of a ‘high command’ within the saffron party i.e. the all-powerful Modi-Shah team. While the party does realise it needs to nurture next generation leaders, there are allegations that this team often nominates either less influential or less experienced  leaders, who then go on to become a liability for the party. Worse, they end up becoming entirely dependent on Modi’s popularity to win the State elections for the party.

The big question is whether new faces such as Bhupendra and Dhami, with no experience, will be able to establish themselves as credible leaders and deliver? Such an experiment was tried in Tripura by making an inexperienced Biplab Deb as Chief Minister, but he is lately causing unease within. Giving way to new leaders may be a strategy but whether inexperienced and less influential would help, remains to be seen. Likewise, over dependence on Modi’s name and popularity by States’ leadership may need a re-think. Is the BJP going to get its act right?