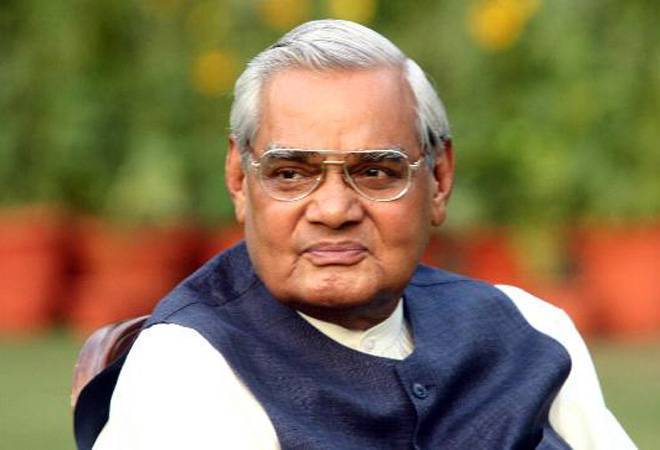 New Delhi: While the then Congress MP Giridhar Gamang Saifuddin Soz of the National Conference at that time were seen as chief culprits by the BJP sympathisers for the Vajpayee government’s defeat in Lok Sabha in 1999 by merely one vote, it was the saffron party’s “failure to manage” small parties that played a bigger role, a new book says.

The book, titled ‘Vajpayee: The Years That Changed India’ and written by Shakti Sinha who served as former prime minister Atal Bihari Vajpayee’s private secretary for many years including in the PMO, offers a detailed account of the first BJP-led government’s functioning and how it fell in only 13 months at the helm after mercurial AIADMK supremo J Jayalalithaa withdrew her party’s support.

Gamang wrongly got the wrath for bringing down Vajpayee, and there were too many others who had played their part, Sinha writes and asserts that he saw “a bigger role in the BJP’s failure to manage small parties and in the tendency for regional parties to be converted into family-held, private companies.”

Citing examples, Sinha writes that Arunachal Congress MP Wangcha Rajkumar had assured Vajpayee months before the floor test in Lok Sabha that his support for him would continue after a split in the regional party.

“At that moment, there was no immediate threat to the Vajpayee government.

Unfortunately, when the moment came, no one remembered to approach Rajkumar, and he voted against the government, being an old Congressman. I don’t think the BJP’s floor leaders were aware of his existence,” the book says.

Sinha suggests that better treatment of Soz, whose party at that time, the National Conference, had two MPs, might have elicited a more positive response from him.

The then Jammu and Kashmir chief minister Farooq Abdullah, also the head of the NC, pushed his son Omar Abdullah, another MP of his party, hard and “sidelined Soz in an extremely petty manner”.

According to the book, Soz had suggested the name of a certain person for India’s official delegation for Haj but Farooq Abdullah had it removed.

When Vajpayee visited Srinagar on December 6, 1998, he was supposed to meet ministers of the local government, Sinha notes, adding that since they were running slightly late, Abdullah dismissed the meeting in an “extremely cavalier” manner.

“Vajpayee paid the price. While Omar Abdullah voted for the confidence motion, Soz voted against,” he says.

The third case, of the Janata Dal, was the most intriguing, he writes, noting that former prime minister I K Gujral could get elected to Lok Sabha only because of the Akalis yet he voted to bring down the government, of which the Akalis were a part.

Another Janata Dal leader Ram Vilas Paswan did not want his party to vote with Lalu Yadav, whose party was then in power in Bihar, and play a part in bringing down the government, but the party persuaded him to be patient, Sinha writes.

Paswan was soon to part ways with the Janata Dal and join hands with the BJP, becoming a minister in the Vajpayee government that came to power after the general election in 1999, necessitated as no other party or alliance could cobble together a majority after the NDA dispensation lost the trust vote.

Gamang’s vote had created a major row at that time because he had taken over as the Odisha chief minister. He had, though, yet not resigned from Lok Sabha.

“The fact that he had taken over a full-time political appointment in a state whose legislature he would have to be a member of, it was expected that he would not take part in a critical vote in Parliament,” the author says.

The Speaker was asked to rule and the matter was left to Gamang’s conscience.

“His conscience told him to follow his party’s orders, and so he voted against the confidence motion,” Sinha notes, adding that Gamang is ironically now a BJP member.

Soz had also moved to the Congress party later.

While BSP supremo Kanshi Ram assured Vajpayee that his party, which had five MPs, would not vote against him, it threw its lot with the opposition on the day of the voting, bringing down the government.

Sinha also questions the then President K R Narayanan’s decision asking Vajpayee to seek a vote of confidence after Jayalalithaa withdrew her support as Parliament was due to resume its budget session the very next day.

“This, I felt then and still feel, was absolutely improper. With Parliament in session, the right way to bring down a government would be either to bring in a motion of no-confidence or, since it was the budget session, to defeat the government on any money bill due in the session,” he writes.

His “short-sightedness” in asking Vajpayee to seek a confidence vote became clear within two days of the fall of the government when Narayanan asked Vajpayee, only a caretaker PM, to get the budget (not just the vote on account) and the railway budget passed by Parliament, Sinha adds.

“This was bad parliamentary practice and Vajpayee resisted, but the nationalist in him overruled the politician, and he agreed that Parliament could meet and pass the necessary legislation — which it did, without discussion, as agreed by the leaders of important parties,” Sinha writes.