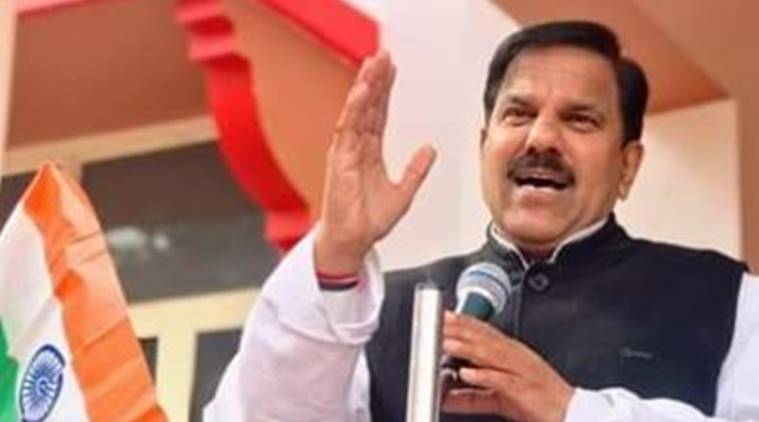 The Dispatch Staff
Add Comment
Charging the BJP govt with treating J&K as a workshop and conducting weird experimentation over it during the last few years, Mr. Harsh Dev Singh said that such a flawed approach of the centre had led to massive complications with an all-round disenchantment prevailing in the new UT as a consequence thereof

JAMMU: Holding the BJP regime responsible for the present crisis in J&K, Mr. Harsh Dev Singh former Minister and senior AAP leader said that its imprudence and flawed policies had resulted in unabated bloodshed and mayhem claiming precious lives of innocents as well as security personnel.
He said that militancy had almost died down in J&K during the popular govts but the reckless experimentation of the present rulers resulted in gradual deterioration of the security scenario creating early 90’s situation in the erstwhile state. Accusing the BJP govt of deflecting the blame on Pakistan every day and for every act of violence, Mr. Singh questioned the locus of the BJP for continuing in power. “You can’t abdicate your responsibility by merely cursing Pakistan. It is your primary duty and constitutional obligation to protect the lives of the citizens on which count you have miserably failed”, asserted Mr. Singh.
Charging the BJP govt with treating J&K as a workshop and conducting weird experimentation over it during the last few years, Mr. Harsh Dev Singh said that such a flawed approach of the centre had led to massive complications with an all-round disenchantment prevailing in the new UT as a consequence thereof. What was the rationale in breaking the oldest state and converting it into UTs?, questioned Mr. Singh. “Not only was the state demoted to the level of UT, but the people have been deprived of their right to have a democratically elected govt for the last more than 3½ years. The Assembly having been suspended and consequently dissolved in 2018, the people are being subjected to proxy rule of the centre.
The growing alienation amongst the youth in particular is being downplayed and dis-regarded. The entire focus of the BJP govt is on its political expansion deliriously oblivious of the growing tensions and escalation in militancy in the UT. And while the killings of innocents has become a routine affair in J&K, the BJP leadership continues to harp on formation of govt in J&K and winning 50 seats therein without uttering a word to save the erstwhile State from death and destruction.
It seems that the BJP wants to keep the pot boiling in J&K so that it could exploit the present situation as political firecracker in other states for its vote bank politics, asserted Harsh adding further the normalcy shall never be achieved as long as centre continued to rule J&K by proxy.

The Dispatch is present across a number of social media platforms. Subscribe to our YouTube channel for exciting videos; join us on Facebook, Intagram and Twitter for quick updates and discussions. We are also available on the Telegram. Follow us on Pinterest for thousands of pictures and graphics. We care to respond to text messages on WhatsApp at 8082480136 [No calls accepted]. To contribute an article or pitch a story idea, write to us at [email protected] |Click to know more about The Dispatch, our standards and policies
Tags#thedispatch #BJP