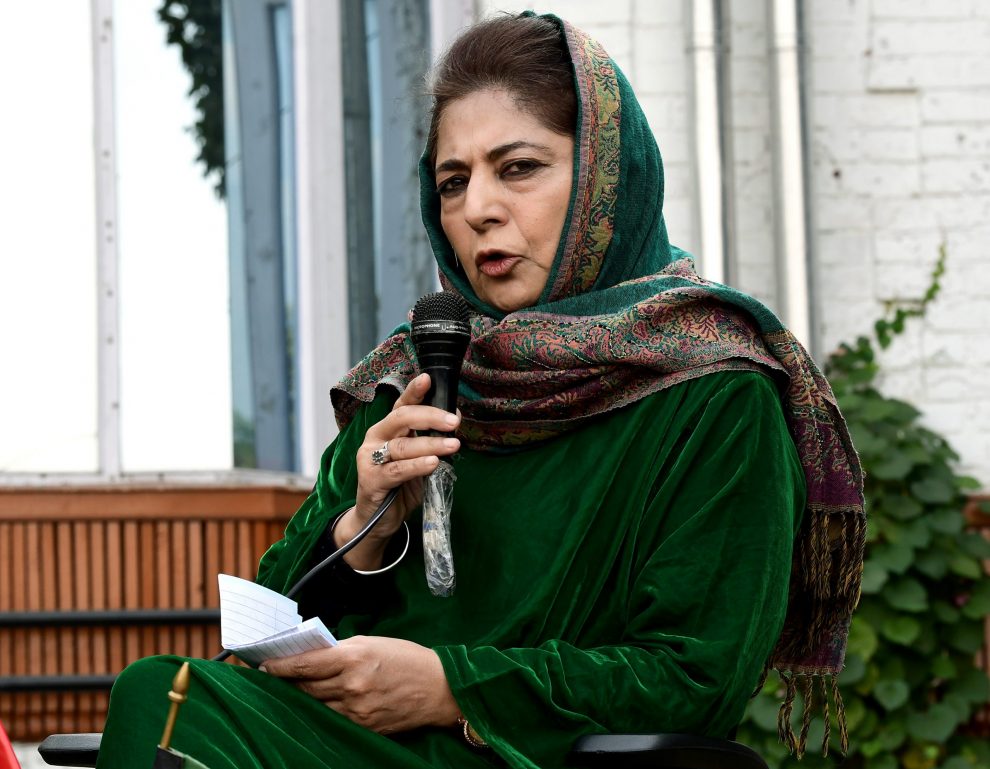 SRINAGAR: People’s Democratic Party President Mehbooba Mufti Tuesday said that BJP is not ready to stop until they dismantle all our religious & Sufi traditions to take control by implementing their divisive agenda. 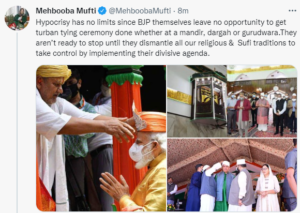 Mehbooba Mufti shared pictures of the Turban-tying of Prime Minister Mehbooba Mufti and Lieutenant Governor Manoj Sinha on her Twitter handle and wrote, “Hypocrisy has no limits since BJP themselves leave no opportunity to get turban tying ceremony done whether at a mandir, dargah or gurdwara. They aren’t ready to stop until they dismantle all our religious & Sufi traditions to take control by implementing their divisive agenda”.

ECI seeks restrictions on cash donations to political parties, writes to Govt
Finally, after 3 long decade, Cinema is back in Srinagar
Comment