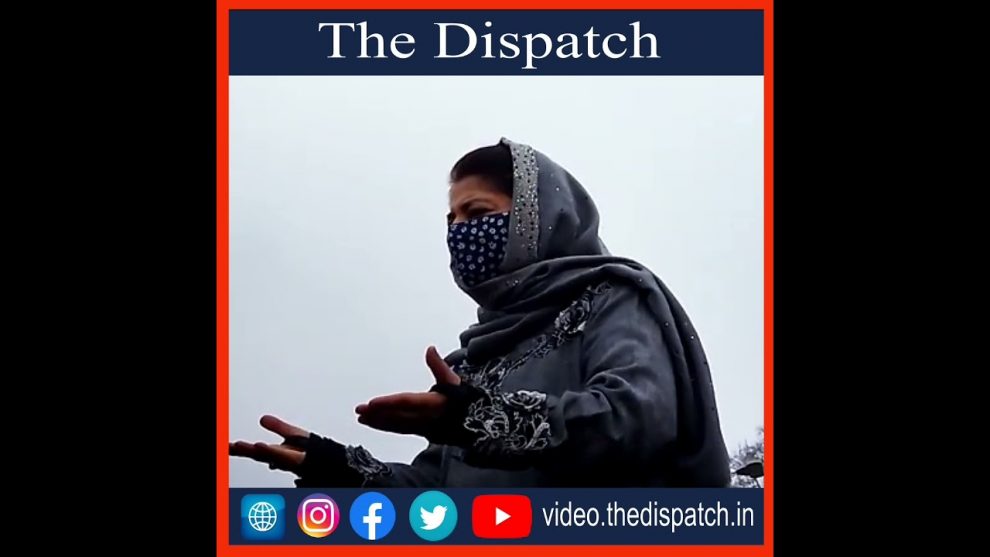 SRINAGAR: Peoples Democratic Party (PDP) President Mehbooba Mufti on Saturday said that the BJP has been trying to destroy the economy of Jammu and Kashmir for the last three years while Prime Minister Narendra Modi is watching it.

She also visited the home of a slain policeman who was killed in the recent militant attack at Srinagar and offered condolences to his family.

Speaking to the media, the former Chief Minister said that for the last three years, the ruling BJP has created a terrible atmosphere here as employees are being fired from their jobs. On the contrary, outsiders are being re-employed, she added. “All this shows that efforts are being made to destroy our economy while the Prime Minister is watching a spectacle, ” Mehbooba said.

She said that those who speak the truth are being imprisoned and cited the arrest of journalist Sajjad Gul and Fahad shah as an example.” Ordinary people can’t even talk here,” Mehbooba added.

“If the situation in Kashmir is peaceful then why the number of troops in J&K is not decreasing with each passing day,” the PDP chief said, adding that the search operations would also decrease but nothing positive is happening which clearly suggests that the situation is not peaceful at all.

“Dangerous laws, including PSA and UAPA are being used here. But I want to tell the central government that this is not going to last long,” Mehbooba added—(KNO)