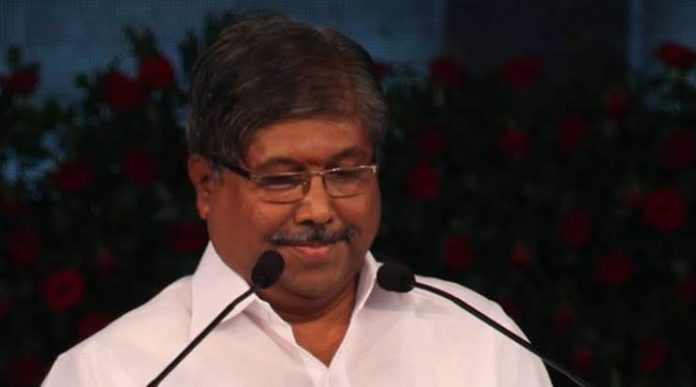 Maharashtra BJP president Chandrakant Patil on Wednesday said the BJP and Shiv Sena should come together.
“I don’t know much about it but the hope is there. BJP and Shiv Sena are natural friends. They are friends for 30 years, their blood and Hindutva is common. They should come together again, they should run government together, they should have run government together…this is hope but I don’t know whether it is going to happen or not,” he said. Patil said doors were open for discussion “that time” as well.

Reacting to speculations of some of the leaders being miffed with the party, Patil said, “There is no subject of anyone going out from party because names which are floating (Khadse and Pankaja Munde) are not new people in the party. From the time when Pankaja could not even understand anything she saw and experienced Gopinath Munde working with RSS, ABVP, and BJP.”

“When Gopinathji was alive, he only expressed his wish that Pankaja should come into politics so she did not take enough time to enter because she had received this all (background) at her home. She is an important leader and she is being hurt after hearing such rumours from you (media). Tomorrow at Gopinathgadh on the occasion of birth anniversary of Gopinath Munde, she will clarify that nothing as such is there,” he added.
Patil stressed that similar is the case with “Natha bhau” (Ekanath Khadse) and said that he has also raised the party with Gopinath Munde.

Former Maharashtra Chief Minister and Shiv Sena leader Manohar Joshi on Tuesday said that it would be better if his party and the BJP stay together, but added the two parties do not want to join hands for now.
“In my opinion, it will be better if the BJP and the Shiv Sena stay together. But both the parties do not want it at present,” Joshi had said.