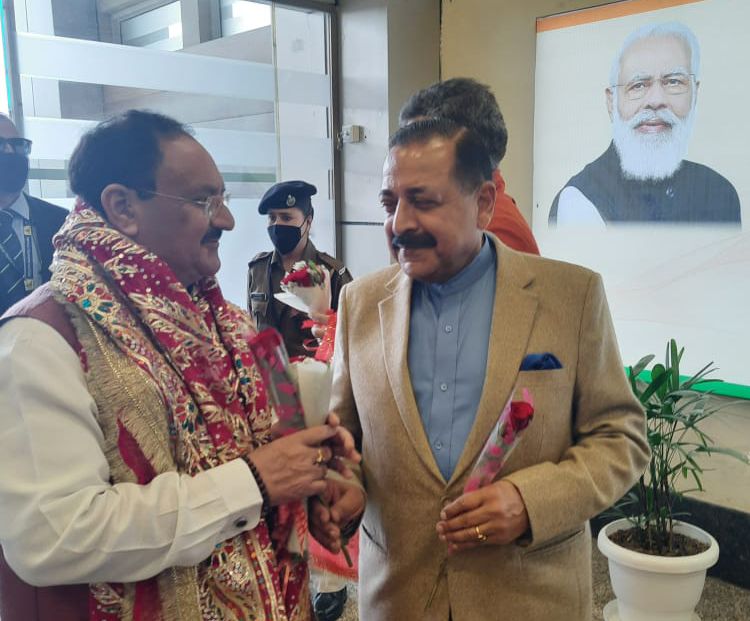 Jammu BJP president J P Nadda arrived in Jammu for the first time after the abrogation of Article 370 and its bifurcation into two union territories in August 2019.

He was received by Union Minister Dr Jitendra Singh at Jammu Airport.

J&K BJP president Ravinder Raina on Sunday chaired a meeting to review the arrangements for the bike rally being taken out by the party’s youth wing, BJYM, to receive Nadda at the Jammu airport, a party spokesperson said.

The rally will be taken out from Jammu Airport to the party headquarters at Trikuta Nagar, he said.

Raina said the visit of the BJP national president assumes significance as the elections to the Jammu Kashmir assembly is expected to take place later this year after the finalisation of the delimitation commission report.

He said he is fully satisfied with the arrangements made by Bharatiya Janata Yuva Morcha (BJYM) to welcome the party chief.

The visit of Nadda to Jammu on March 7 will redouble the enthusiasm among the party cadre as their leader is coming for the first time after the nullification of Articles 370 and 35A, he said.

He said the occasion will give ample space to the party workers to know more about the party ideology and groom themselves to become resolute public representatives in the coming times.