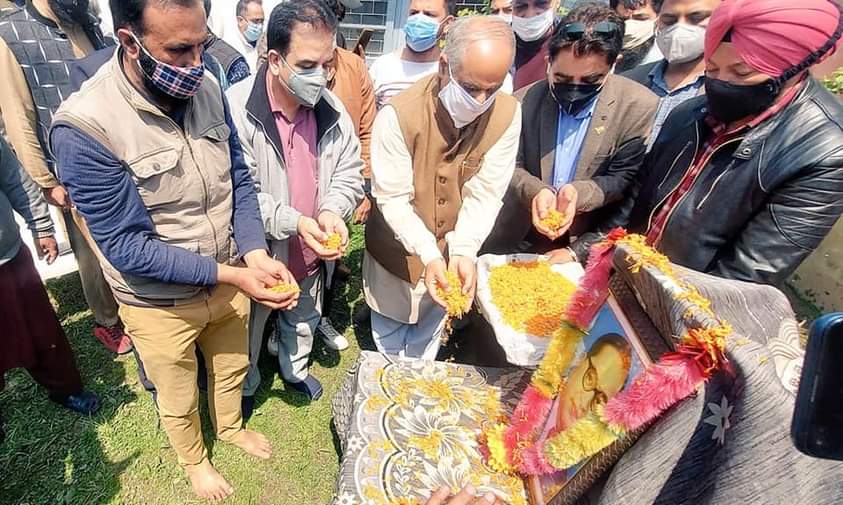 Ashok Koul, while paying floral tributes to Baba Sahib, said that he devoted himself towards the cause of freedom of India from British and at the same time he fought bravely for inducing “Samrasta” in the society. He earned doctorates in economics from both Columbia University and the London School of Economics, and gained a reputation as a scholar for his research in law, economics and political science. In 1990, the Bharat Ratna, India’s highest civilian award, was posthumously conferred upon Ambedkar. He said that Baba Sahib will remain as a source of inspiration to all of us for centuries and India can never forget his great contributions.

On the occasion, Party Media Incharge and youth leader Manzoor Bhat said the architect of Constitution of India Bharat Ratna Dr Bhim Rao Ambedkar, on his birth anniversary, saying the great legal luminary has left an indelible mark by his remarkable service to the nation and ameliorating the lot of down trodden and weaker segments of the society.

While speaking on the occasion District President Srinagar Ashok Bhat said that Baba Sahib used his education to spearhead the cause of equality, fraternity and liberty and everybody should follow his example.
Dr. Ambedkar envisioned a better and just society and fought for it throughout his life. He wanted to create a modern India where there would be no prejudice on the basis of caste or any other reason; where women and communities subjected to backwardness for centuries would enjoy equity of economic and social rights,”