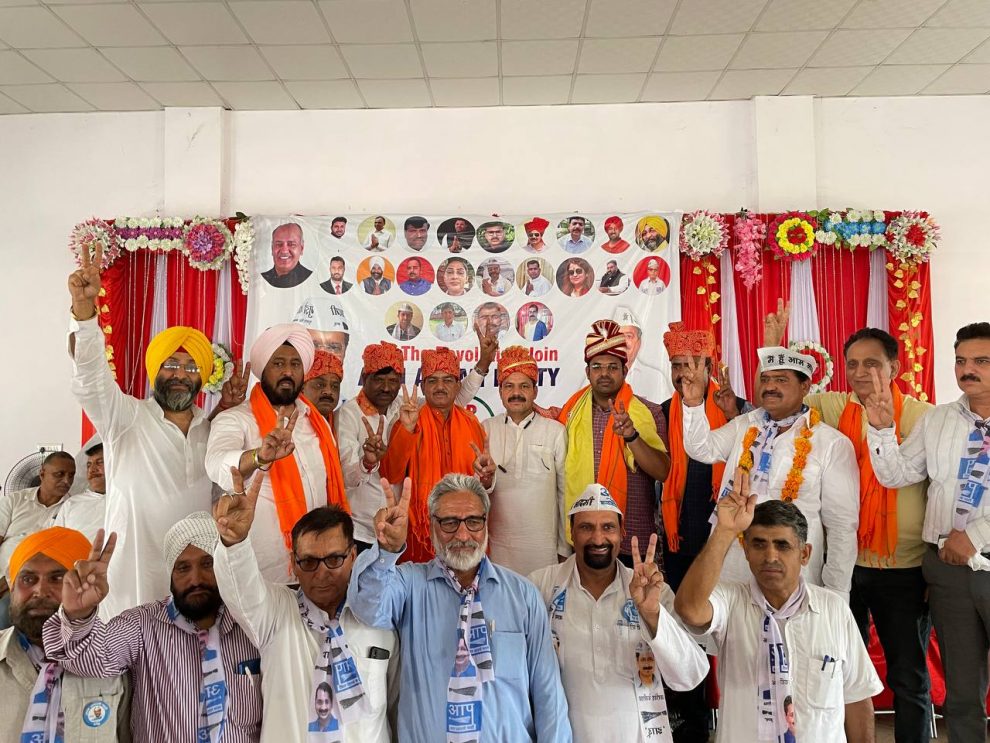 JAMMU: Impressed by the ideology of Aam Aadmi Party hundreds of people belonging to several political parties joined AAP during a public rally at Khour constituency in the presence of party’s senior functionaries here today.

In his address, Gaurav Sharma, while strongly condemning the killing of a Kashmiri Pandit employee Rahul Bhat, said that BJP Govt has miserably failed to provide security to the minorities in Kashmir and this shall not be tolerated at all by the Aam Aadmi Party.

He urged the BJP Govt to formulate new package for KP employees by taking the community into confidence by involving members of KP community in framing package for such employees. He said that the party will take out a candle light march from Party Head office Gandhi Nagar to Gole Market to pay homage to the martyred KP employee besides demanding adequate security to minorities in Kashmir.

Senior AAP leader Manish Sinha, while welcoming the new entrants into the party fold asked them to work relentlessly at the grass roots level in consonance with the party’s ideology in achieving the targets set by the party. He also expressed grief over Katra bus incident in which four persons were burnt alive and 24 others were seriously injured when a Jammu bound passenger bus carrying Mata Vaishno Devi pilgrims, suddenly caught fire near Katra town. He said the incident is shrouded in suspicion as there seems to be involvement of anti-national elements in view of the upcoming Amarnath Yatra and demanded a thorough probe into the incident.

Tony and Subash Sharma asked the new entrants to put in their best efforts to strengthen the Aam Aadmi Party at grass roots level. They accused the BJP Govt of utter failure in providing basic amenities to the people of Jammu and Kashmir which is evident from the fact that every year people in J&K continue to face huge hardships for want of water and power supply. They said that the party cadre cannot afford to relent yet as people have high hopes pinned to AAP now and we have to prove that it is only AAP which can fulfill the aspirations of the people of Jammu and Kashmir in letter and spirit.