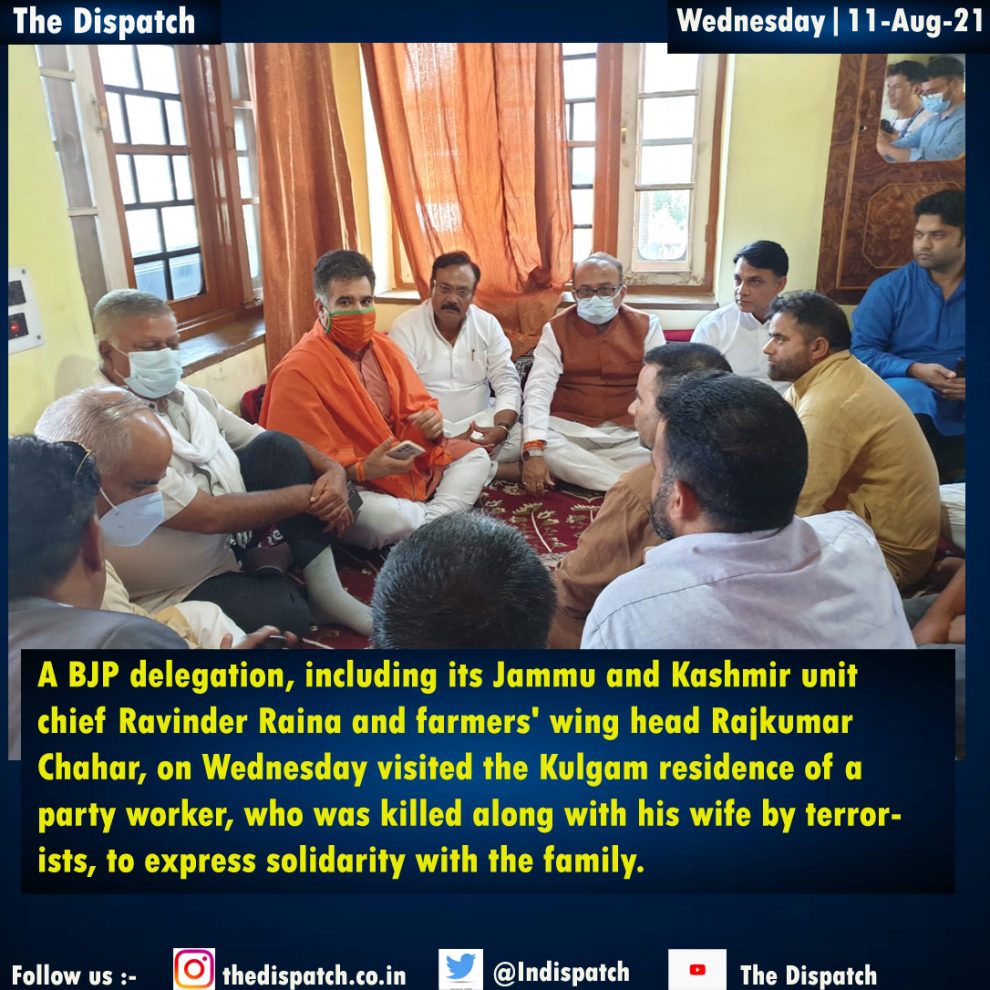 Jammu: A BJP delegation, including its Jammu and Kashmir unit chief Ravinder Raina and farmers’ wing head Rajkumar Chahar, on Wednesday visited the Kulgam residence of a party worker, who was killed along with his wife by terrorists, to express solidarity with the family.

Raina and Chahar were accompanied by a number of party leaders, including Manoj Kumar Yadav. They told the family members of the victim that the party stood with them in their grief, Yadav said.

Gulam Rasool Dar, who headed the Bharatiya Janata Party’s (BJP) farmers’ wing in the district, were shot dead by terrorists in Anantnag on Monday.

Condemning the killings, Chahar said terrorists will never succeed in their motives and expressed confidence that the assailants will soon be brought to justice.