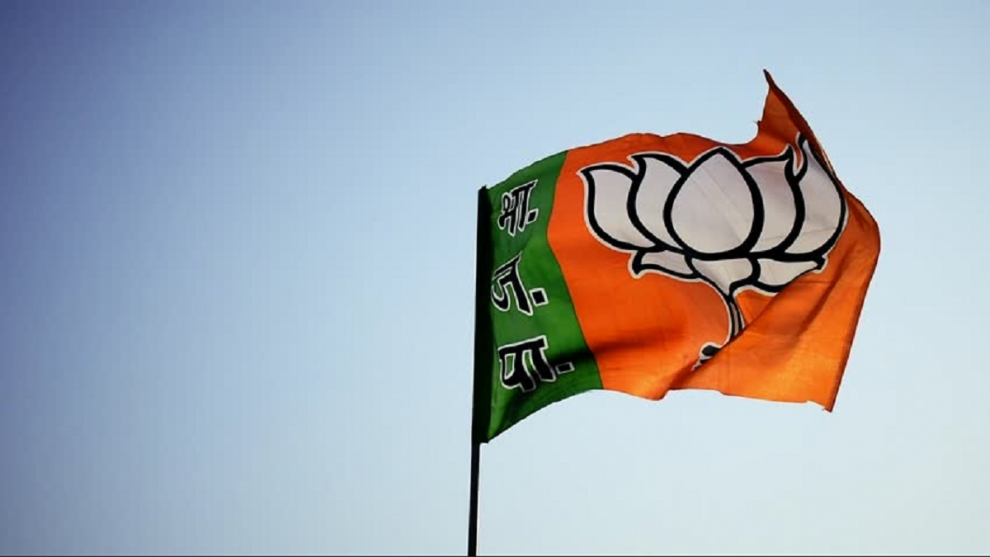 The Bharatiya Janata Party under Prime Minister Narendra Modi has been successful in spreading its roots in the northeast. The return of the saffron party, that too with a majority for the first time, in the north-eastern state of Manipur in the recent Assembly polls shows that it is establishing itself as a major player in the region, where changing of political loyalties is common.

True that the BJP has presently four Chief Ministers in the region, but the saffron party is yet to be a major force in the other States. The party has Chief Ministers in Assam, Manipur, Arunachal Pradesh and Tripura. Out of these, the party returned to power for the second time in both Assam and Manipur. In fact, the State of Assam, the largest in the region in terms of political power, has turned into a stronghold of the BJP. Now Manipur became the second State after Assam where the saffron party returned to power completing 5 years. While in Assam, the BJP is still short of a majority of just one seat, it has the majority in Manipur.

Early next year, the three north-eastern States — Meghalaya, Nagaland and Tripura — will go to the polls. Later in the year another State, Mizoram too will go to the polls. Out of these four states, BJP is a major player only in Tripura, where it will face the anti-incumbency test. But in the others, the party still remains a weak player.

Although in Nagaland, the party has 12 MLAs and a Deputy Chief Minister too, the truth is that it is still an emerging party. The party won 12 seats in the last Assembly polls due to its alliance with Neiphiu Rio-led Nationalist Democratic Progressive Party (NDPP). Nagaland is a Christian majority State and it is not an easy task for the BJP with its Hindutva ideology to gain a foothold there. Even before the last Assembly polls, there were appeals from the Nagaland Baptist Churches Council to the regional parties not to support the BJP. Despite that the saffron party won 12 seats — the highest ever number of MLAs it got in this State.

But the BJP can’t deny the fact it has been on the backfoot after the  killings in Mon district, where 6 mineworkers were mistaken as militants and gunned down by the security forces. Later subsequent violence followed where eight villagers and one security personnel died. Since then, there has been a demand for immediate removal of the Armed Forces Special Powers Act (AFSPA).  This demand isn’t new but this unfortunate incident has made it a crucial issue again before the polls. Aware of the anger, the saffron party unit of the State too has joined the chorus for removal of AFSPA but New Delhi is yet to take a final decision.

The political dimensions are also changing in the State. The main Opposition party Nagaland People’s Front (NPF) has joined the Neiphiu government and former Chief Minister T.R. Zeliang has become the chairman of the United Democratic Alliance (UDA). The coming together of NDPP and NPF is seen closely by the saffron party, which sees it somehow as a threat to its political expansion in the state. Recently NDPP’s Neiphiu Rio himself campaigned for the NPF candidates in the Manipur polls, where NPF grabbed five seats.

Nagaland, as is known, is a sensitive State. Its people are still awaiting the results of the ongoing Naga Peace process. The Nagas are tired of the decades-old insurgency problem and now they want peace and security of their culture and identity in India. Elections come and go but the major problem of the common Nagas still remains unsolved. In fact, NPF joined the NDPP-BJP government to facilitate the Naga Political Issue with the target to achieve an honourable and acceptable solution.

The growing demand for removal of AFSPA, closeness of NDPP-NPF and the Naga political issue makes the ground of the state difficult for the BJP. Much will depend on how politics is played out in the coming days in Manipur. Although NPF has expressed its support to the new BJP government, it remains to be seen whether the latter includes it in the new Cabinet. In the Manipur polls too, BJP and NPF, despite being allies in the State, didn’t contest together.

Another state where the developments of Manipur are likely to affect is Meghalaya, which is ruled by the National People’s Party. Conrad Sangma’s NPP contested in the Manipur polls alone and has emerged as the second-largest party by winning seven seats with a vote share of 17%. And the party too has now expressed its willingness to join the new Cabinet of the BJP in Manipur. Many local saffron leaders are opposed to this idea. NPP, along with NPF, was a partner in the previous BJP government led by N. Biren Singh. NPP’s Y. Joykumar Singh even became the Deputy Chief Minister.

There were power tussles between the two allies and as a result, NPP even pulled out from the government only to join it again with the intervention of Union Home Minister Amit Shah, also the NDA chairman, and Himanta Bishwa Sarma, who heads the North East Democratic Alliance (NEDA), an alliance led by BJP consisting of regional parties of the region opposed to the Congress.

This apart, there have been new political equations. After the desertion of 12 Congress MLAs led by former chief minister Mukul Sangma to the Trinamool Congress, the rest of MLAs of the grand old party, later suspended by the party high command, have joined the Conrad Sangma led Meghalaya Democratic Alliance (MDA) government, where BJP too is a partner. The saffron party’s MLA Sanbor Sullai is Social Welfare Minister in Sangma’s cabinet. In fact, the BJP, according to local reports, was unhappy with Sangma for accepting the support of Congress MLAs without consulting with alliance partners. In the last Assembly elections, BJP contesting alone got only two seats but a good vote share of 9%, the highest it got so far.

In Mizoram, the party had contested alone in the last Assembly polls and won only one seat. It was the first time that the party opened its account in the State. In fact, the party’s only MLA was Buddha Dhan Chakma, a former Congress minister who joined the BJP. The other seat where the BJP came second is also a Chakma influenced seat. It shows that BJP has influence among Buddhist Chakmas, who are a minority in the Christian majority Mizoram.  The saffron party, however, hasn’t yet been successful in penetrating the Christian areas.

In the recently held Manipur polls, out of 20 Christian dominated seats, the saffron party won 7 and came second in another 7 seats. This is, no doubt, a big achievement for it in the northeast, where it is still struggling to become a major player in Christian majority States like Meghalaya, Nagaland and Mizoram. The party is still viewed by many as “anti-Christian” in the region and it remains to be seen if the BJP, after its success in Manipur, is able to gain a foothold in these seats by cashing on the card of development. Time will tell. —INFA