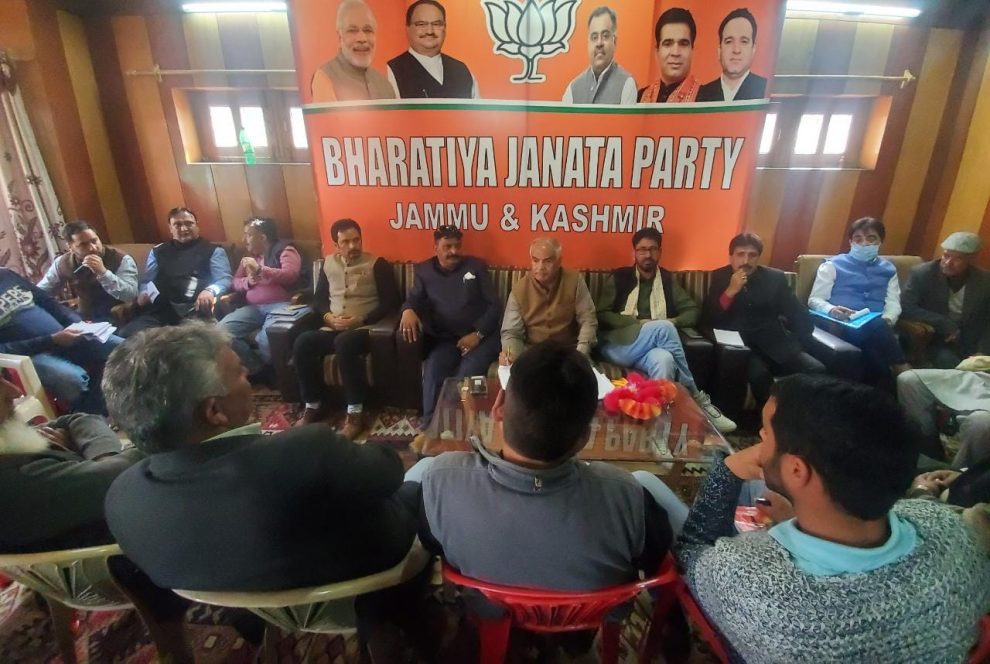 We all are very lucky to have PM Modi as representative’: Koul to BJP workers

SRINAGAR: Bharatiya Janata Party (BJP) General Secretary Organization. Ashok Koul has announced plans to call for gatherings of workers on April 6. The workers have been told to converge on all party offices in the state to mark the 42th foundation day of the party

Crediting Narendra Modi for the BJP’s victory in four assembly elections, koul said the people’s massive support to the party shows their stamp of approval for the prime minister’s schemes and policies. “Today the results of the elections have come unilaterally in favour of the BJP koul further told BJP workers in Srinagar, “We all are very lucky to have PM Modi as representative”, he said.

Koul said that the BJP is fully prepared to fight the Assembly elections on its own and form the next government in the Union Territory (UT). The BJP has set a target to win over 50 seats in the J&K elections – the dates for which will be announced after the completion of the delimitation exercise,

Koul urged the Bharatiya Janata Party workers to become a “bridge of faith” between the party and the people and said they must forge ties with the people based on the party’s guiding values of “service, resolve and sacrifice”.

Koul also stated that in this regard a review meeting with the party’s main leaders in which all preparations were reviewed.

During the meeting former (MLC) Surinder Ambardar said that BJP is the only party committed for the welfare and development of people in every nook and corner of the country- including Kashmir valley.

UT Spokesperson Abhijeet Jasrotia while Speaking on the meeting said that BJP is the only secular party of this Nation because whatever schemes or grant which comes from centre is equally distributed among all . “Sabka sath sabka vikas sabka bishwas” is actually ground realities as a Panch or Sarpanch in present regime is delievering more then what Ex MLA of dynastical parties couldn’t deliever..

New investments to give fillip to J&K’s economic development: Official
6603 houses in Jammu with power meters to get uninterrupted power, smart meters to be installed in Kashmir also: LG Sinha
Comment