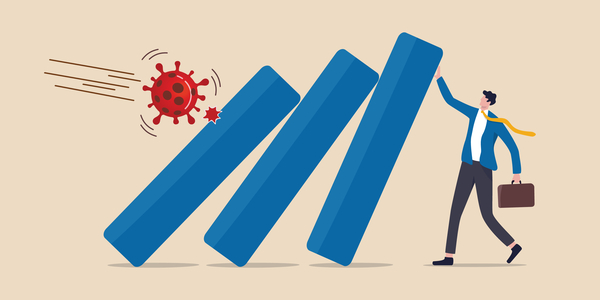 Prime Minister Narendra Modi’s popularity has taken a hit due to the devastating second Covid-19 wave. The timing not too good as the BJP government completed seven years in power. Although the wave has been declining, the sufferings of those families, who lost their dear ones to the pandemic, won’t fade away soon. It will take time to heal. And the ruling party would need to do damage control.

Amid all this, if one looks at the narrative of the ruling party, it appears that the Modi government has done no wrong in tackling the virus. True that such a pandemic happens once in a century and it’s not possible for any government to completely stop the spread of the virus, but how can the BJP escape the fact that the Centre was complacent about tackling the fight against the virus in the country?

If this question is asked, the usual response from the BJP leaders and spokespersons is that the Opposition-ruled States were complacent too and health is a State subject. Agree that health is a State subject and the Opposition-ruled States like Kerala, Maharashtra, Chhattisgarh, Punjab, Delhi, etc failed to curb the spread of the virus, but what about BJP-ruled States? From Karnataka to Gujarat and from Madhya Pradesh to Uttar Pradesh, the deadly second wave of the virus was visible there too. The saffron party leaders can’t run away from these facts by just pointing to the failures of the rivals.

Since the BJP came to power in 2014, the problem of the party is that it still behaves like an Opposition party where the party spokesperson on a routine basis only criticises the Opposition parties, particularly the Congress. It’s absolutely fine for the BJP to do so as it’s a part of politics but the problem lies when the party fails to admit its own mistakes. BJP leaders spent more time condemning Congress party’s unofficial President Rahul Gandhi’s ‘silly’ tweets, which lack proper consistency on crucial issues and are aimed more at ridiculing Modi day and night.

Here’s the main problem. BJP is the ruling party and citizens look towards Modi to solve their issues, particularly during such a crisis. Undeniably, these hopes took a hit during this second wave but the BJP, as the ruling party, has more responsibility to address these and should have acted. Unfortunately, the leaders and even some Cabinet ministers were more interested in denouncing Rahul, wherein the effort was not necessary given that his credibility within his own party is low.

Recently, Modi in his address to the nation course corrected the vaccination policy by announcing its centralisation drive. The PM blamed some of the Opposition-ruled State governments without naming them for repeatedly asking for decentralisation of the programme. He was correct that these States without even checking their own ability asked for decentralisation. It is when they realised it wasn’t possible for them, they started blaming the Centre together for creating a mess, reversed their stand and wanted Centre to take control.

There is no denying the fact that it was inappropriate of Modi not to admit even once for the mess-up of the vaccination programme. That the Centre had to give in to the State gov government’s demands does reveal that it was lacking a proper vision at the national front. Modi’s address, which otherwise was a fine, dealt with the vaccine issue hesitatingly. It would have been better for him to openly accept the errors committed by his own government and show confidence of making amends.

Unfortunately, the present dispensation thinks that admitting own flaws will affect the image of the government. Mistakes do happen. Why does the government believe that it can’t commit mistakes? Last year, Modi himself apologised to the nation during the time of migrant crisis. Apology for a blunder doesn’t diminish the image. It only shows the commitment towards honesty. But, this government believes more in strength, and the BJP IT cell too loves to create the narrative that the Modi government is a very strong one.

Agree that power is necessary for running a government but every issue can’t be solved through showcasing strength. Empathy is required too. If one looks at the languages of BJP leaders, particularly spokespersons appearing daily on noisy TV debates, one realises that sensitivity is missing from their statements. That these party spokespersons, despite seeing pyres of thousands of dead bodies in the crowded crematoriums, still debate and try to compare the low death rates of the country with other countries of the world. At this time, such comparisons sound hollow and cruel too for those who lost their dear ones.

This lack of empathy is seen in BJP’s approach with its allies — and this has reduced the NDA to just a merely existing body. In the present Modi government, there are no Cabinet ministers from the NDA constituents. The only non-BJP minister is RPI(A)’s chief Ramdas Athawale, who is a Minister of State. There is a buzz of a Cabinet reshuffle, where, if the reports are to be believed, the Modi government is expected to include some NDA constituents in his Cabinet. If the rumour turns true then it is a right step by the BJP towards accommodating its allies, who have been ignored long and feel disappointed.

Nitish Kumar has been miffed with the BJP leadership for not accommodating his party in the Union Cabinet. To be fair, before the 2019 Lok Sabha polls, BJP did accommodate JD(U) by ceding its own five seats. But, Nitish’s discontent is reasonable too. Similarly, Uttar Pradesh- based Apna Dal (S) leader Anupriya Patel, who was earlier a minister in the first Modi government, is unhappy for not giving her party respect at both State and Centre level. She recently met with Home Minister Amit Shah, who also happens to be the NDA chairman and so did Sanjay Nishad from Nishad party, another small ally in UP, to urge them to look beyond their own members and leaders.

Clearly, mere lip service of practising coalition dharma isn’t enough. That’s the reason BJP, which once championed practicing coalition politics, is today facing allegations in the Modi-Shah era for side lining its allies. The situation of NDA has changed with the gigantic rise of BJP and some allies make unreasonable demands too, but the saffron party must listen to the grievances of its allies and pay more attention towards the feelings of citizens. It has to look beyond its approach of only winning elections and forming governments. It must put sharp focus on a political approach based on empathy.