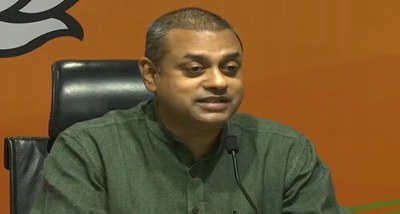 He said, National Conference veteran Farooq Abdullah is saying he will work with China, and PDP chief Mehbooba Mufti is saying that she will not lift the tricolor while senior Congress leader P Chidambaram tweeted that removal of Article 370 was wrong. Mr Patra said, if one connects the dots, they will see all these comments are connected.