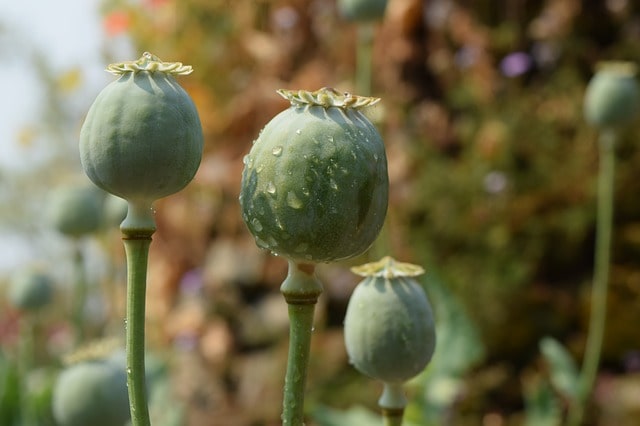 Torn apart by grinding poverty, a family of four in a Maoist stronghold in Jharkhand is barely able to hide its joy when a nine-year-old emerges muddied out of a dying pond with her catch: fish and snails.

Unaware of the high notes of electioneering, the little girl, Dilma, had waited for hours for her prized possession which will be served to her family members later in the night in Kumkuma village in Khunti district, the land of tribal hero Birsa Munda.

The legendary Birsa Munda, who some people here worship as ‘Bhagwan’, had rallied the tribals in the 19th century to fight the British Raj against land grabbing.

Outside the remote village, where law-enforcement agencies dare not tread, poppy cultivation is done rampantly.

The area, about 60 km from the seat of the state government in Ranchi, has gained notoriety in national and international markets for opium cultivation.

“We are not into it. But villagers engaged in it earn at least a lakh for a kg of poppy,” said the person who facilitated this correspondent’s visit to the area.

The cultivation from here reaches national and international drug markets, the person, who did not wish to be identified, told agency, pointing towards the vast fields where poppy is cultivated.

Jharkhand has emerged as one of the major hubs of illegal opium cultivation.

Under the Narcotic Drugs and Psychotropic Substance (NDPS) Act, 186 and 237 cases were registered in 2017 and 2018, respectively.

Villagers cultivate opium at the instance of Maoists to raise funds, sources said.

When asked about the trade, villagers appeared reluctant to talk. And the person accompanying the correspondent suggested it was better to avoid photography in the village as the information would soon reach the Maoists.

“We have nothing to do with poppy cultivation. We have no idea about people involved in it,” said Gulomani Taon, a villager, sitting outside her mud hut.

In a village nearby, Samson Munda said nobody, including police and other government officials, visited the poppy fields. Another villager, Sukhia Mundain, said it’s time somebody intervened, the newer generation is getting addicted to the drugs.

Last month in Khunti district, police arrested seven people with opium worth Rs 22 lakh. Two of them belonged to Uttar Pradesh and the rest from Jharkhand.

“The cultivation of opium is reported mainly from Maoist strongholds like Khunti, Chatra, Saraikela and Palamu,” a senior police official who did not wish to be named told PTI.”Gumla, Hazaribag and Chaibasa are becoming the new hubs.”

The official said Maoists and opium cultivators were inducing poverty-stuck unemployed tribal youth in the region to enter the illegal trade.

Khunti, one of the 14 parliamentary constituencies in Jharkhand, is reserved.

Previously a sub-division, Khunti district was carved out of Ranchi district in Sep 2007. Nagpuri and Mundari dialects are mainly spoken in the 750 villages here.

In August last year, police seized 150 kg of poppy shells and 250 gram of opium in Jamshedpur meant be smuggled into West Bengal. Two persons were arrested. Poppy shells contain poppy seeds from which opium is made.

In July, opium worth Rs 1 crore was seized in Hazaribagh district.

In May, three suspected members of an inter-state drug cartel were arrested and 5 kg heroin worth over Rs 20 crore in the street market was seized from them.

There are areas in Jharkhand where tribals cultivate opium illegally and process it into heroin and transport to Delhi and Uttar Pradesh through carriers.

In neighbouring Bihar, opium cultivation in 158.19 acres of land has been destroyed this year till April in Gaya, Vaishali and Buxar districts.

Illicit opium in over 153 acres was destroyed last year, mainly in Gaya, Rohtas and Jamui districts.