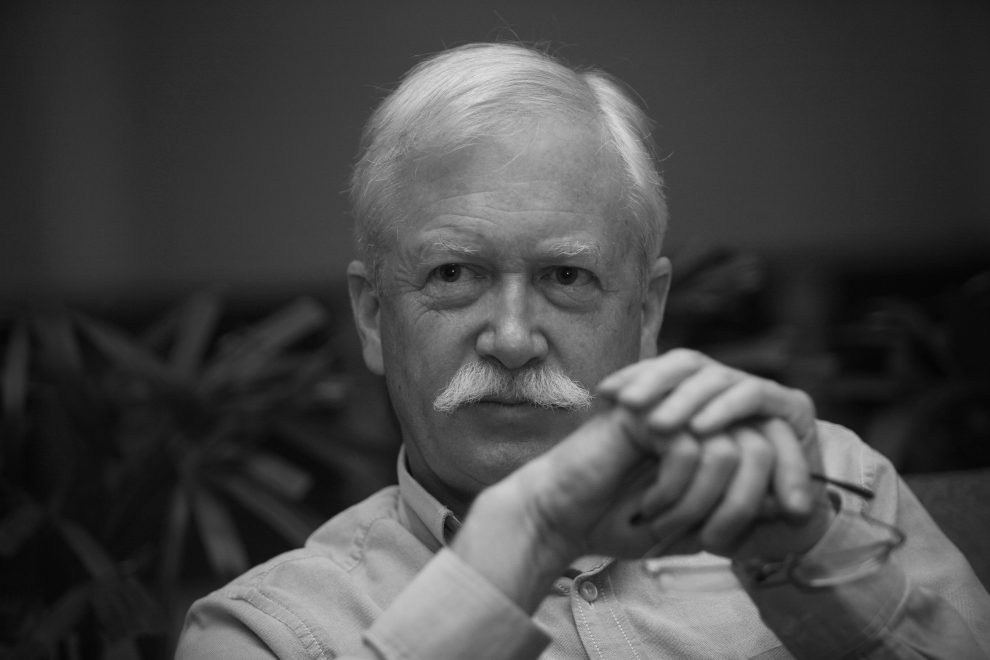 The next day, at five o’clock, Fletcher drove across to the Delhi Golf Club to meet Reggie Bhatia, a childhood friend. Soon after arriving in India last September, Fletcher had reconnected with Reggie, whose full name was Rajinder Pratap Bhatia. As boys, they had been close companions, though after Fletcher returned to the US they had lost touch with each other. Despite the gap of seven years, however, the two of them had picked up exactly where they’d left off and Fletcher was glad to renew their friendship.

Reggie had recently got his law degree, though his true ambition in life was to be a professional golfer and compete in The Open at St Andrews. His father, a Supreme Court advocate, was a longstanding member of the Delhi Golf Club. When they were boys, Guy and Reggie would tag along and take lessons from the caddies. Fletcher had never enjoyed the game, though he liked the golf course in Delhi, punctuated with sandstone ruins of Mughal tombs and plush green fairways lined with acacia and neem trees.

Two other young lawyers, colleagues of Reggie’s, joined them to make up a foursome. Not having played for five or six years, Fletcher disgraced himself, hitting more than a dozen shots into the rough. Fortunately, there was an ‘ageywallah’ stationed ahead, who spotted the errant balls and helped avoid losing most of them. It was a warm afternoon, even as the sun slid out of sight. On the sixteenth hole, Fletcher noticed two bee-eaters chasing insects above the fairway, their emerald feathers gilded by the last rays of sunlight. Plenty of peacocks roamed the golf course and they took to the trees to roost with mournful, wailing cries.

After their game, Fletcher followed Reggie, in his Standard Herald, back to Jor Bagh. The Bhatia’s home was directly across from the house where he had lived as a boy, on a quiet side street set back from Lodhi Road. Jor Bagh was a more modern, built-up colony than the spacious expanse of stately Lutyens bungalows that lay to the north, along broad tree-lined avenues. Fletcher wondered who was living in their old house these days—probably a diplomat or some other expatriate.

Reggie’s grandmother was listening to All India Radio downstairs, full volume, in the living room. Fletcher greeted her with folded hands and she acknowledged him with a distracted smile. Stowing the golf clubs, they went upstairs to Reggie’s room, which he had occupied since they were boys, with a balcony overlooking the walled garden at the back. Fletcher wondered what it must be like to still be living at home. He guessed that Reggie would probably stay here for the rest of his life, eventually sharing this room with a wife. In comparison, his own peripatetic existence seemed uprooted and disjointed, like something he could never piece together again, no matter how hard he tried. In a way, he envied the predictable stability of Reggie’s future. The golf course would always have its eighteen holes—no more, no less. They would continue to serve fish fingers and chicken shashlik at the clubhouse. Eventually, inevitably, Reggie would follow in his father’s footsteps, arguing arcane cases in the highest court of the land. Unlike many Punjabis who had moved here at the time of Partition, the Bhatias had lived in Delhi for several generations.

A servant appeared at the door and Reggie told him to bring up two Golden Eagle beers from the fridge and get some dinner ready. His parents were out for the evening, so they could relax and eat on the balcony.

After the beers had been opened and glasses poured, Fletcher recounted how he’d come upon the body in the jungle near Chanakyapuri. Reggie listened with interest, lighting one of his filtered Four Square cigarettes and letting the smoke trickle out of his nostrils. Fletcher described the bullet hole in the victim’s head.

‘I saw something in The Statesman,’ Reggie said. ‘Do you know who it was?’

‘Not a clue,’ said Fletcher. ‘He was definitely European. But in the newspapers they had it all wrong, describing a younger man, wearing different clothes…and they said he’d been strangled instead of being shot.’

‘How many dead foreigners show up in Chanakyapuri? There wasn’t any other report in the papers.’

‘It does seem strange,’ Reggie said.

‘But the really weird thing was,’ Fletcher continued, ‘three of his fingernails had been pulled out, as if he’d been tortured.’

Reggie grimaced, then drew in a lungful of smoke before stubbing out the cigarette in an ashtray, as Fletcher went on to explain how someone had stolen the film from his camera.

‘Sounds like you’ve got yourself tangled up in a conspiracy, Guy Bhai,’ he said, using the nickname he’d called him when they were boys.

‘I may need a lawyer,’ said Fletcher, half-joking.

‘At your service,’ Reggie replied. ‘But one of the things you have to realize is that Delhi isn’t the safe little town that you remember. It has changed a lot in the last few years. Property values have shot up and people are buying patches of wasteland as far south as the Qutab Minar for lakhs of rupees. With the new wealth, a lot of criminals have moved in from Bombay and other places. Murders have gone up, extortion. Delhi has lost its innocence.’

‘It still seems like a pretty quiet place to me,’ said Fletcher.

‘Of course, it’s not a full-fledged city like Bombay or Calcutta,’ said Reggie, ‘but there’s an aggressive opportunism in the air. A lot of black money and dirty politics too.’

After they’d opened a second beer, Fletcher told his friend what had happened with Sage. Reggie shook his head, commiserating. ‘That’s why I’ve stayed clear of women. My mom keeps looking for a bride but I’ve told her I’m not marrying until I’m thirty, after that I’ll let her choose a sweet, homely Punju bride and that will be the end of it, Bhai.’

He laughed when Fletcher made a face.

As the froth on his beer subsided, Reggie mentioned Jackie Kennedy’s visit and how he’d heard she was staying nearby, in the Pan Am representative’s bungalow at 12 Ratendon Road. It had been fixed up as a guesthouse for the first lady and her sister. The Galbraiths’ residence was nearby. Reggie said that the prime minister had sent across two tiger cubs for her amusement. They were housed in a temporary enclosure at the back. A friend of his had gone to see them.

‘I’ve got an invitation to the ambassador’s reception but I’m not going…’ Fletcher started to say.

‘Why not?’ Reggie protested. ‘You need some socializing, Guy Bhai, after studying ducks and geese for the past six months.’

‘I’m really not interested,’ said Fletcher. ‘Besides, I don’t have any clothes.’

‘You can borrow mine,’ Reggie insisted. ‘I’ve got a summer suit I’ve worn only once, to a cousin’s wedding.’

The two of them were roughly the same size, both 5’ 10” with lean, athletic builds. By the end of the evening, Reggie persuaded Fletcher to try on the suit, which fit him comfortably. Adding a shirt and tie, he packed it all in a garment bag that Fletcher carried with him on the bike, flapping behind him like a cape.

At this hour of the night, there was no traffic but after taking a left turn onto Safdarjung Road, he noticed a vehicle approaching behind him. It was picking up speed and the headlights were on high beam, bearing down on him as if the driver was intent on running him over. Fletcher slowed down and moved over as far to the left as he could, to let the vehicle overtake him but instead of accelerating past, it stayed a few feet behind the motorcycle. Though the lights in the rear-view mirror were blinding, he could just make out that it was a jeep station wagon with Delhi plates. Thirty seconds later, as he was about to turn off towards Chanakyapuri, the vehicle was still on his tail, its engine roaring. The garment bag made it awkward for him to drive, though he sped up as fast as he could and kept going straight, passing through a dark section of the road, without streetlights.

Ahead, on the left, was the main gate of the Gymkhana Club where a couple of guards were slouched in the shadows. Fletcher waited until the last minute before he swung his bike towards them. He could see the jeep begin to swerve behind him but then the vehicle turned back onto the road and drove away, leaving Fletcher behind. The guards shone a torch in his direction but said nothing. Easing the motorcycle into neutral, he stopped to catch his breath. Fletcher’s hands were shaking and he repositioned the garment bag, folding it in front of him, on the fuel tank. He waited for several minutes, expecting the jeep to reappear but there was no sign of any vehicle and the streets were silent.

Slowly, he turned around and headed back in the other direction, driving on into Chanakyapuri. Though he kept anticipating that the headlights would appear behind him again, there was no sign of the jeep and he arrived at the guesthouse five minutes later, still shaken but convinced the driver must have been drunk.

Excerpted with permission from Birdwatching: A Novel, Stephen Alter, Aleph Book Company. Read more about the book here and buy it here.

Loved the web series “Rocket Boys” and want to know more about Dr. Homi Bhabha: This new book sheds light on his rich scientific legacy and vision for India
From Dr. Tehemton Udwadia’s memoirs: How the groundwork for the first laparoscopic cholecystectomy in the developing world was laid
Comment