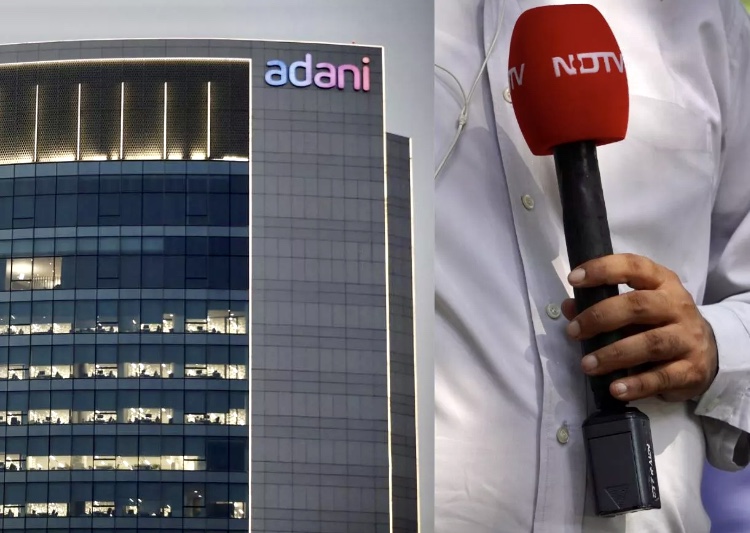 New Delhi: Business conglomerate Adani Group is all set to become the single-largest shareholder in media major New Delhi Television Limited (NDTV) as the open offer, which closed on Monday, saw a total of 5.33 million equity shares being tendered.

Along with his earlier acquisition of 29.18 per cent in NDTV through Vishvapradhan Commercial Private Limited (VCPL), the Gujarat-headquartered conglomerate will now own 37.5 per cent stake in the media company.

The total quantum of 5.33 million equity shares that were tendered in the open offer account for 8.3 per cent of the total equity capital of NDTV.

The open offer for 26 per cent stake in NDTV by the Gautam Adani led Adani Group had its share of surprises.

Of the 16.76 million shares, 5.33 million or 32 per cent of the total offer size was tendered even as the offer price was pegged at ₹294 per share while the prevailing rate in the market is ₹393.90, as on December 5, the last day of the open offer.

The list of NDTV’s shareholders include little-known names such as Confirm Realbuild, Adesh Broking House, Grid Securities and Drolia Agencies that own more than one per cent each, with their cumulative holding pegged at 7.13 per cent or close to 4.6 million shares.

Of these, only Drolia Agencies and Adesh Broking House have held the shares for at least a year while the other two entities are new entrants.

In August, the Adani Group had acquired an indirect 29.18 per cent stake in NDTV — a company promoted by Prannoy Roy and Radhika Roy — by acquiring the shares VCPL —which, in turn, held 99.5 per cent stake in RRPR Holding, a promoter group entity.

Both Prannoy Roy and Radhika Roy resigned from the board of RRPR Holdings on November 29. (Agencies)

Moosewala’s Murder: Goldy Brar says he is not detained in US
NC calls for holding assembly elections in J&K
Comment