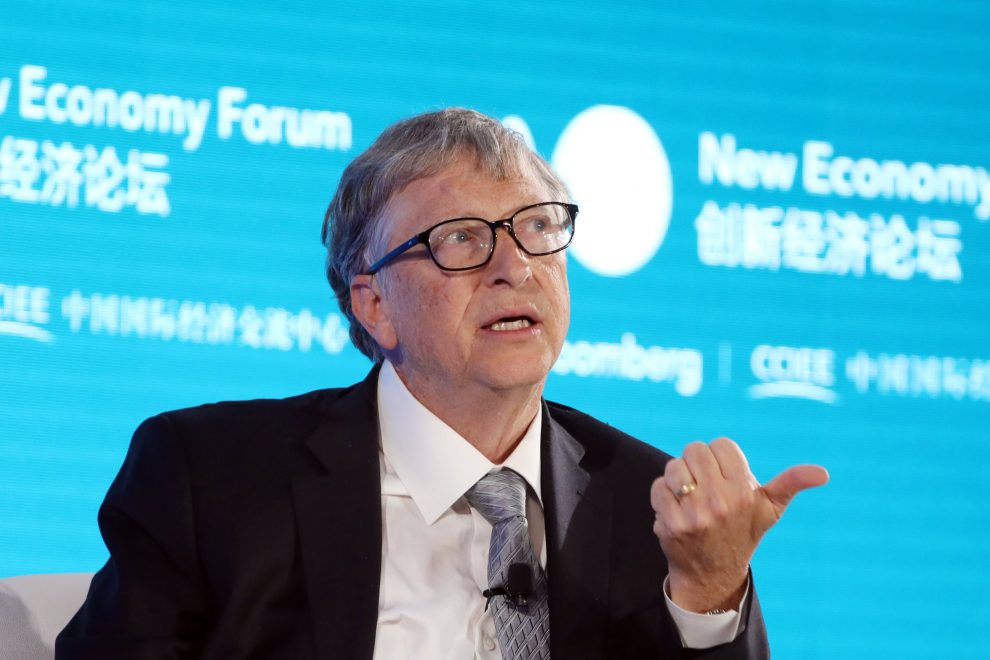 Bill Gates’ new book, “How to Avoid a Climate Disaster”, published on Tuesday, is set to be widely read as the world counts down to the U.N. climate conference in November.

The software-developer-turned-philanthropist says tech and innovation can help cut climate-warming emissions to zero, particularly in manufacturing – which accounts for roughly a third of global greenhouse gas emissions.

So how can it be done? Here’s what you need to know.

WHAT’S THE PROBLEM WITH MANUFACTURING?

Manufacturing emits more greenhouses gases than power or transport, yet receives much less attention from policymakers.

The biggest polluters are cement and steel production, which make up nearly half of all industrial carbon dioxide emissions worldwide, according to the World Resources Institute think-tank.

It estimates cement emissions need to drop by 85% to 91% globally, and steel emissions by 93% to 100%, by 2050 to meet the 2015 Paris Agreement goal of keeping warming “well below” 2 degrees Celsius above preindustrial levels.

As the global population climbs and cities continue to grow rapidly, it is expected that more steel and cement will be needed.

WHY IS MANUFACTURING SO HARD TO DECARBONIZE?

There is currently no way of making steel and cement without releasing climate-warming emissions as the chemical processes involved release carbon dioxide as a byproduct.

Steel- and cement-making also require huge amounts of heat, at temperatures well above 1,000C, which is achieved by burning fossil fuels.

“Any recipe that starts with melting rocks uses a lot of energy,” said Julio Friedmann, an expert on low-carbon solutions for industry at Columbia University.

“Those are hard things to electrify because you need (heat) on demand, in huge volumes and continuously,” he told the Thomson Reuters Foundation.

The burning of fossil fuels to produce heat for industrial processes is responsible for approximately 10% of total global greenhouse gas emissions, Friedmann said in a 2019 study.

WHAT ARE THE SOLUTIONS?

Manufacturers can use less steel and cement, including recycling more steel and redesigning building codes to use less concrete, but it is hard for businesses to make such changes to their organizational cultures, said Friedmann.

Greater promise lies in clean technologies such as carbon capture and storage (CCS), he said, which involves capturing climate-warming gases and storing them long-term below ground or deep in oceans, or using them to make other products.

Mitsubishi Heavy Industries is among manufacturers that have invested in CCS technology, with facilities in Australia and Britain.

New technologies are also cleaning up manufacturing. Sweden’s SSAB aims to be the first steel company to bring fossil-free steel to the market by 2026.

SSAB aims to shift from using fossil fuels to electricity and hydrogen, with virtually no carbon footprint, and to become fossil-fuel free by 2045, the company said on its website.

WHAT CAN GOVERNMENTS DO?

Gates has invested some $2 billion towards the development of clean technologies, including carbon capture and developing greener aviation fuel.

He has called on governments to significantly increase their research and development budgets to find and test more solutions.

Governments also need to support companies in decarbonizing and making it economically viable, said Friedmann, such as introducing carbon taxes for emissions and low-carbon stimulus grants.

“Many of these businesses have very small margins and are globally traded commodities,” he said, which means small changes in price are very significant.

Using hydrogen in steel production, for example, means making expensive investments such as replacing equipment like blast furnaces with new facilities, he said.

“This is what Mr Gates means by hard,” he said.